7 Things That Will Make You Feel Much Better About Brexit 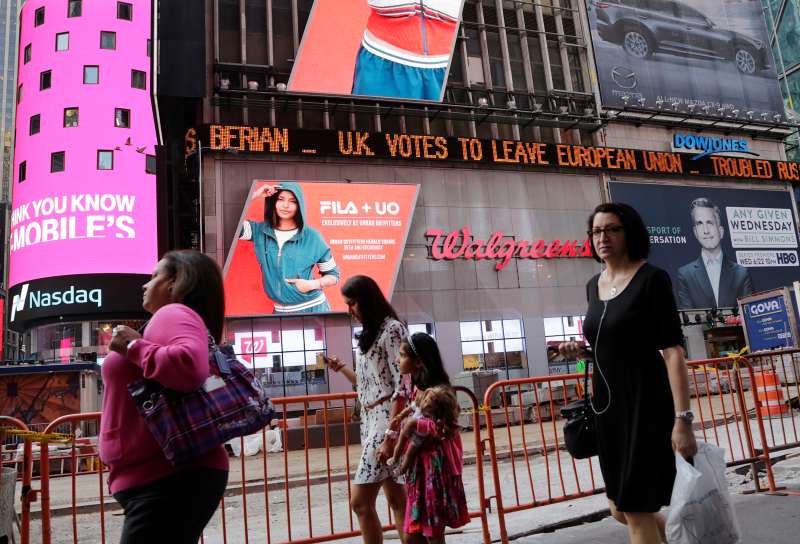 The reaction to Britain’s decision to leave the European Union has been swift and scary. The Dow Jones industrial average closed the day down more than 600 points.

The news was even worse overseas, where Japanese stocks sank 8%, French shares were off about 8%, and the German market lost 7% of its value within hours.

But while all of this is big news for professional traders, American investors who are simply saving for retirement need to take a much broader view when it comes to Brexit.

“This is not the end of the world as we know it,” said John Stoltzfus, chief investment strategist for Oppenheimer.

Here are seven key points that long-term investors should keep front and center during the days ahead.

U.S. market losses are not catastrophic.
The immediate reaction in the U.S. was a decline of 3.4% in the broad stock market. Sure, any triple-digit drop in the Dow is frightening. But this one was no bigger than those that Wall Street witnessed the day after the major Japanese tsunami in March 2011; the day after the congressional debt ceiling standoff in August 2011; and the day after strikes began in Spain in the early stages of the European debt crisis in 2012, notes Jeff Kleintop, chief global investment strategist at Charles Schwab.

To be sure, further market declines are possible as investors continue to process the implications of Brexit. But Kleintop notes that “it is important for long-term investors to note that in each of these instances, stocks rebounded to their pre-shock levels in three or four months, even when a recession took place.”

European stocks are (probably) a small slice of your portfolio.
Unless you decided to put your entire nest egg into French bank stocks earlier this year, things aren’t as dire as they might seem.

Say you’re a typical American investor who keeps about 60% of your money in equities and 40% in bonds. U.S. investors tend to keep no more than a third of their equity holdings in foreign shares (often much less, as Americans tend to exhibit a “home-country bias” in their portfolios). And European equities represent only about half of the typical foreign fund’s exposure.

Assuming you stick close to those averages, only about 10% of your total portfolio is in European shares, which means your portfolio is down about 2.6%—nothing close to the 8% plunges you might have seen flashing in the headlines.

Brexit isn’t all bad for the global economy.
Yes, the economy will take a hit from a sharp rise in the U.S. dollar and drop in the Euro, says New York financial planner Lew Altfest.

On the other hand, say UBS Strategist Niall MacLeod, U.S. interest rates are likely to stay lower for longer as a result of the vote—and Brexit could spark another round of stimulus by central banks in places like South Korea, India, Indonesia, Malaysia, and Thailand. There’s even speculation that the Bank of England may have to cut British interest rates to 0% to stem economic fears.

Dividend stocks may even get a boost from Brexit.
If central banks stand pat or cut interest rates later this year, income investors in search of yield will have to go looking outside of the bond market.

And that, historically, has driven them to dividend-producing segments of the stock market, such as the utilities, consumer staples, and even the technology sectors of the economy.

European multinationals, too.
There’s no denying that Britain’s Brexit vote was a win for economic nationalism. Ironically, however, “in the near term investors will likely benefit from holding companies that operate across different regions,” says Dean Tenerelli, a portfolio manager at the T. Rowe Price European Stock Fund.

The reason? The decline of the pound and euro makes European products more competitive abroad. So despite the uncertainties surrounding the U.K. and the European Union, profits for European companies with significant international earnings stand to benefit as a result of this vote.

Moreover, European equities are trading at far lower valuations than U.S. shares to begin with. That may offer little comfort in the short term—especially if Brexit sparks more selling of European stocks in the days to come. But keep in mind that over the really long term, valuations matter more than any other investment variable.

Brexit may be a buying opportunity.
Ed Yardeni, president and chief investment strategist at Yardeni Research, notes that “there is little point in investors taking precipitate portfolio action, as selling what you wish you had sold yesterday is rarely the right reaction in markets dominated by position-adjustment and recalibration of expectations.”

It may even be too late to find investments that offer shelter from market volatility. “Defensive positioning against Brexit risks is already overpriced,” says Oppenheimer’s Stoltzfus.

So what’s your best bet at this point? “Wait for opportunities to be revealed by volatility,” says Yardeni.

In other words, this is a good time to work up a list of stocks that you wish you would have bought before they got too expensive. Any significant drop in shares caused by geo-political jitters later this summer could signal an opportunity to pounce.

You just got a wake-up call if you’re close to retirement.
The one group of investors who really do need to pay attention right now are those in or near retirement.

It’s still far too early to tell if Brexit will lead to a stock market correction (a drop of 10% or more) or a bear market (a drop of 20% or more). But if it does, the one group that has the least amount of time to recover are older investors, who can’t make up for stock market losses through more aggressive saving.

Heading into the last bear market—in the global financial panic—a shockingly large number of workers 50 and older had the vast majority of their nest eggs in stocks. It wasn’t necessarily intentional: Over the course of a long bull market, the equity portion of their portfolios got bigger and bigger and they often simply forgot to rebalance their 401(k)s.

Well, stocks have been a bull market for the past seven years—a really long time by historical standards—so there’s a chance that this is the start of something similar.

If you’re 55 or older, make sure your portfolio is properly balanced and that stocks don’t represent more than 60% or so of your nest egg. Whether Brexit turns into a bear market or not, that’s sound advice.