Is a Bad Credit Score Driving up Your Car Insurance Costs? New Options Are on the Way 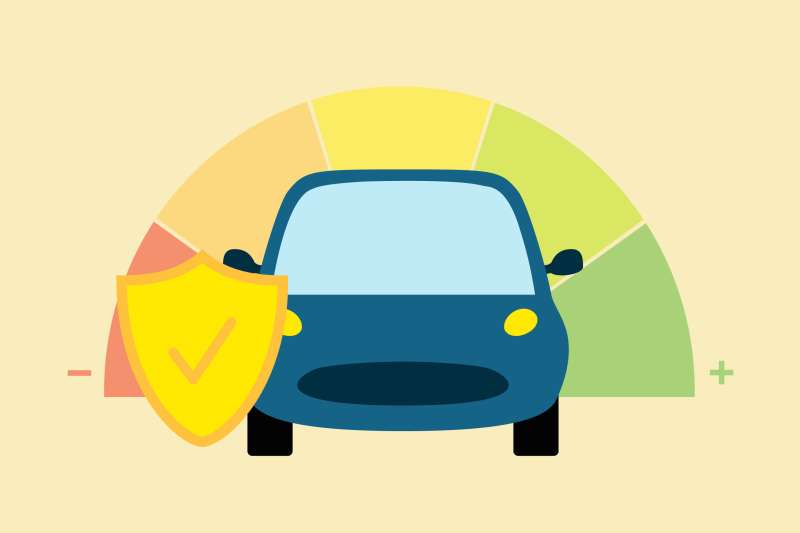 Even if you’re a great driver, having tarnished credit usually means you pay more for car insurance. Now a pair of start-ups are promising a way around that, although you may have to wait for these products to hit the market.

Few things about car insurance are as controversial as the near-universal use of credit scores to help determine the premiums drivers pay. Insurance companies look at all kinds of data to try to figure out which drivers are most likely to force costly payouts. And they argue that drivers who pay their bills also tend to avoid traffic accidents. “Studies suggest that how a person manages his or her financial affairs…is a good predictor of insurance claims,” says trade group the Insurance Information Institute.

Insurers, then, seek out your credit score when you apply for a policy, just as lenders do for loans, and use the data to help determine the premiums you will pay. “This allows carriers to better match insurance premiums with the risk that an individual insured might pose, helping prevent better risks from subsidizing bad risks,” says the trade group.

But criticism of the practice as unfair to credit-challenged Americans who drive well has prompted at least two states (California and Hawaii) to ban the use of credit in setting rates, and another two (Maryland and Massachusetts) to restrict it. And the controversy has prompted several “fintech” insurance startups to announce plans to replace the practice with the use of more and better data about how people drive.

Protect yourself and your car with Progressive.
Getting a free quote from Progressive will allow you to see how much you can save on your car insurance policy. Click your state to get stared.
Get a Free Quote
ADVERTISEMENT

The efforts are based on so-called telematics, the practice of using in-vehicle sensors or phone apps to track driving behavior, which is then used to determine premiums.

Loop this week announced funding to take launch car insurance that will employ artificial intelligence — which replaces human efforts with computer learning and analysis. AI is not new to insurance. According to the National Association of Insurance Commissioners, it’s now being used to help improve “claims processing, underwriting, fraud detection and customer service.” But Loop says its offering will jumpstart the industry’s use of AI and telematics to set premiums. “The technology [has] long since been available, but insurers have been slow to adapt,” said Carey Anne Nadeau, Cofounder and Co-CEO of Loop.

Root, a startup that bases its rates on telematics, is the first insurer to pledge to do away with credit scores as a ratings factor. The company says rates should be based primarily on “driving behaviors, not demographics.” Root’s co-founder and Chief Executive Alex Timm added, “eliminating credit scores is a major and necessary step towards dismantling archaic industry practices and making car insurance fairer.”

Setting premiums without credit scores and other demographic data, such as zip code, creates challenges. Root has acknowledged it could be nearly five years before it begins to set premiums free of credit scores as a factor. In August, it pledged to “start the process of engaging regulators and other stakeholders to make this change by 2025 or sooner, while also creating a smooth transition for policyholders.”

However, in an email, Loop co-CEO John Henry wrote that the company plans to be live in the marketplace by end of March, although in a limited way. The company aims to launch first in Texas, with Ohio, Pennsylvania, Illinois, Pennsylvania, and New York to follow.

Henry wrote that “the current way auto insurance is priced today structurally overprices people that are otherwise safe drivers.” The industry as a whole, though, isn’t sure that setting premiums free of credit scores will benefit more drivers than it hurts when it comes to the cost of their car insurance.

The Insurance Information Institute says that “depending on the company and state, roughly 50 percent of policyholders can pay lower premiums because of good credit, insurers say.”

That, of course, leaves the other half or so of drivers in question as to the effect of such a policy. The insurance industry’s trade group cites a 2017 report from the Arkansas insurance department that showed that more than three of every four drivers in the state would actually pay less when credit scores were factored into their rates than if they were not.

Keep those you love safe on the road with an auto policy.
Progressive offers some of the most flexible and comprehensive auto insurance policies that can be tailored to their needs. Click below to learn more.
Get a Free Quote

Yes, You Can Buy a Car With a Credit Card and Earn Tons of Points. Here’s How I Did It