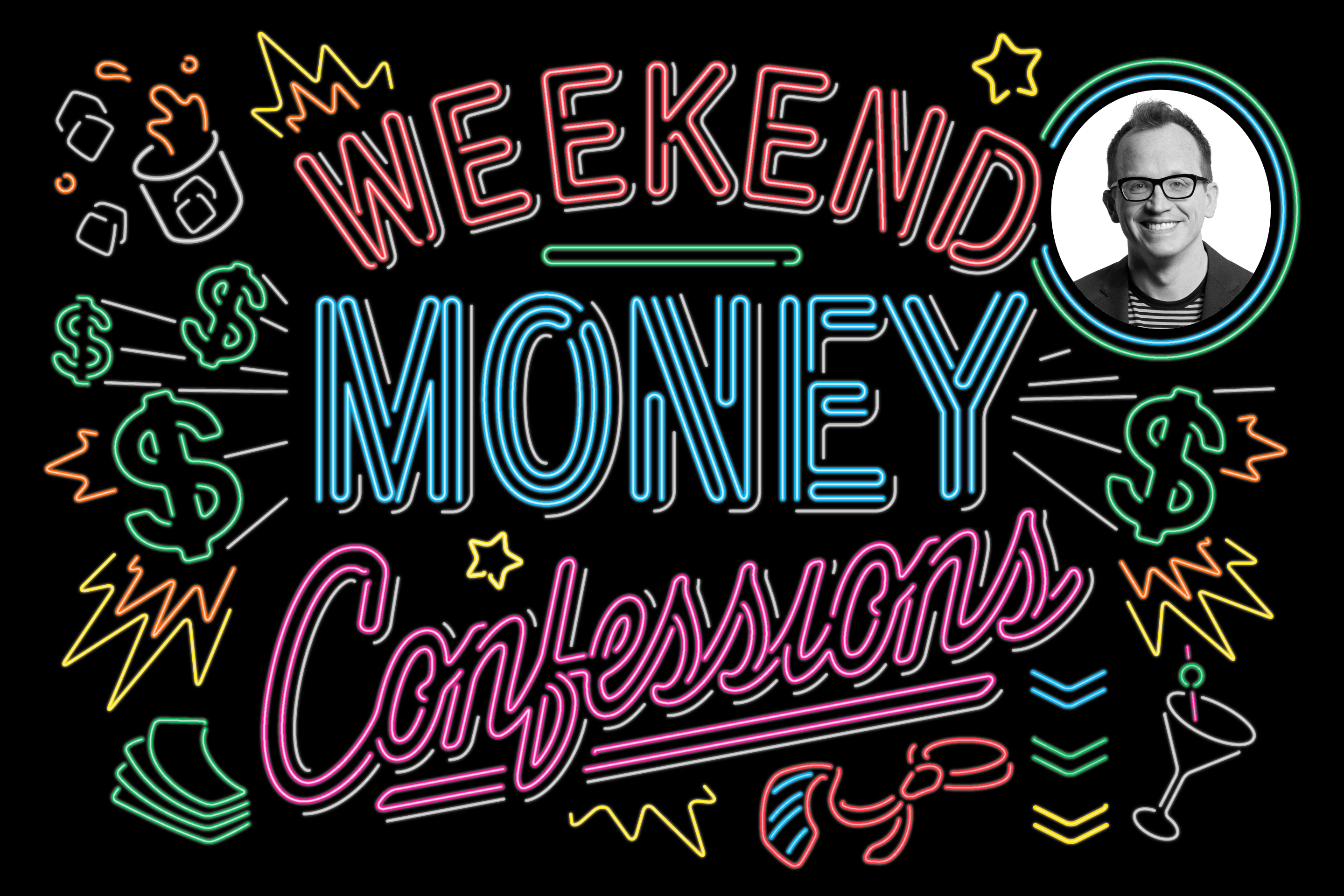 I’m Comedian Chris Gethard! Here’s Everything I Bought This Weekend

Weekend Money Confessions is a new series about how real people spend when they’re off the clock.

Want to submit your own? Email Kristen.Bahler@moneymail.com.

When comedian Chris Gethard isn't taping his truTV talk show, or his podcast, Beautiful Stories From Anonymous People, he's usually doing one of three things. Putzing around New York with his wife (Hallie Bulleit, the lead singer of his house band); watching "submission grappling," (a "less meat-heady" version of UFC), or drinking soda (Lotttsss of soda).

Money asked Gethard to track his spending over a recent weekend -- an exercise that "proved to be an eye-opening look into my own sick brain," he says.

Here's every penny he spent.

Friday night, at around 7:45PM, my wife and I went out to dinner at Till and Sprocket on 30th Street. It is near my Brazilian jiu-jitsu gym, where I’d been taking a class and almost had my leg ripped off.

I ordered the gnocchi. My wife had a pizza. We both had water to drink. The staff was very nice, so I tipped slightly above 20% - WHAT CAN I SAY? I’M A MENSCH – the total came out to $38.

After that, we went saw a movie, the future classic known as Rampage. There’s a kid in it named Dwayne Johnson who pulls off a star-making turn in this flick. I think we can expect good things from this young man in the future. We have MoviePass, but my wife had already used her daily allotment earlier to go see A Quiet Place. I am scared of horror movies. We therefore bought one ticket, a medium popcorn, a medium Cherry Coke, and some Junior Mints. The total was $33.

The next morning, Hallie was heading to play a show in Jersey (she’s a real deal punk rocker). We went out for a quick breakfast first at the good deli in our neighborhood. I had an egg and cheese sandwich on a whole wheat roll. She had an omelet with avocado and some other doodads. All told, breakfast cost $14.39.

I bet you’re thinking to yourself, “Man you said this illustrated how sad your life is but so far it sounds like you took your wife out for a nice date and then had a reasonable breakfast.” Well, in stereotypical fashion, as soon as my wife left town things went downhill.

First off, the big expense – if you’re like me, you closely follow the little known world of submission grappling. This is a fighting art for me. It’s less meat-heady and more underground than the UFC. There was an event called Kasai Pro 2 in Greenpoint on Saturday and I was thinking of getting tickets. I was on the fence, but teenage phenom Nicky Ryan was taking on California’s Geo Baker, PLUS my main man Eddie “The Wolverine” Cummings was taking on Renato Canuto. You know I had to go see that. I can’t imagine a more grim fate than attending a professional grappling event alone, so I bought my buddy Royce a ticket as well. I got great seats. All told, the tickets cost me $150.

We got to the event early and I was relieved to see they were selling food at the venue. I was chagrined to find out the only options on sale were hot dogs and meatball subs. I’m a pescatarian. I don’t quite understand why if you already have hot dogs, you’d make the only other option another “meat in cylindrical bread” deal, but whatever. I sprinted to a deli. I got a plain bagel with cream cheese and a Mexican Pepsi. I’ve been laying off the soda lately but I couldn’t resist. Both items came out to $3. I’m almost certain the deli guy accidentally undercharged me.

I was still hungry at the grappling event, and wanted a snack to keep my energy up. Word spread they were selling small bags of kettle corn. I bought two. That ran me $4. I was now wide awake to see The Wolverine take his match, which was really fun even if Canuto seemed scared to engage.

I made it home to Jackson Heights and was still starving. Jackson Heights, you may know, is an epicenter of ethnic food culture legendary for its all night food trucks. This makes it even more miserable that I went to 7-11 and got one of those peanut butter and jelly pocket things they sell. Guilty pleasure. While I was there, I saw they’re selling those flavored Diet Cokes I’ve been hearing so much about. I bought four different ones to sample the flavors. Ran me $7.20.

The next morning I performed on the Comedy Cellar’s brunch show. The Cellar is such a great place. At the brunch show, they give performers free food. I tipped the waitress $20 even though she made fun of me for ordering a tea.

Hallie and I tried to do a few activities but they all turned out weird. We went to a virtual reality café on the Lower East Side and immediately felt like we’d entered a sad dystopian future. We got our money back. We then tried to go on a tour at the Tenement Museum but they were sold out. We took some swings and misses!

On the way back to the car though, we passed the Bon Bon Swedish Candy Company. Hallie loves gummy candy as much as some people love their relatives. We bought a bunch of stuff that ran us $10.67. It was all very good, except the skull shaped candies stick to your teeth in terrifying fashion.