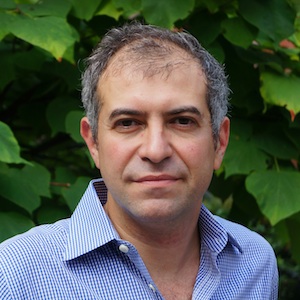 Just how popular is federal money for child care? Let’s put it this way: Ivanka Trump, daughter of the GOP candidate, made it a centerpiece of her introduction at the Republican National Convention, to plenty of applause. Even though her father hasn’t actually proposed anything of the sort.

A concrete child-care proposal comes from Hillary Clinton. It arrived late in the election cycle, and never quite drew the attention of college costs, maybe the Democratic primary’s flagship issue. Ironically, child care now costs more than college in more than half the states in the U.S.

The Clinton proposal — oh boy, just don’t call it Hillarycare — is in three parts: free public pre-kindergarten for all kids, higher pay for child-care workers, and a promise that families will not have to pay more than 10% of their income for child care. That last part is really transformative. The cost of having one infant in a child-care center ranges from $4,822 in Mississippi to $17,062 in Massachusetts, according to Child Care Aware, a research organization. For a single mother in many states, it’s more than 40% of income. Remember: That’s for just one child.

Under the Clinton plan the federal government in many cases would subsidize 80% of the cost of child care, or more. And there would be some level of subsidy even at quite high levels of income; fewer than one in 20 families in Massachusetts, for instance, would be able to pay for two infants in child care with 10% of their income.

The Washington Post calls Clinton’s child-care plan enormously ambitious. There aren’t details yet exactly how it could work. One idea on the table, the paper says, is a $14,000 per child tax credit.

Obviously, for many families $14,000 a year, or even a fraction of that, is a lot of money. You don’t need the Internet to tell you what you might do with that. Subsidies of some sort for child care are something you’re likely to hear about at the Democratic convention.

It’s worth thinking in big picture terms about what a big cultural change this implies. Take the example of France — yes, the country so often maligned in American political speeches. France passed an extensive package of child-care benefits in 1994. At the time, it was sinking into a demographic trough, with the average number of births per woman down less than 1.7, a path to shrinking population. Since then, child births skyrocketed. French women now actually have more children than women in the United States, a miracle by European standards.

Just before the last presidential vote, Slate writer Claire Lundberg, an American who had moved to France, described the difference between child-rearing in France and the struggle to get affordable child care in the United States. In the U.S., she wrote, she and her husband would probably have to decide whether they needed to move closer to their parents to get child-care help, or find a higher paying job to afford the care. In France, said Lundberg, "we don't need to answer any of these questions."

It's clear that a lot of other U.S. parents are tired of asking those questions, too. This may be the election cycle that finally gives them some answers.