Could a Clinton Presidency Shatter Glass Ceilings for Other Women? 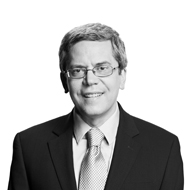 Read more: Can You Name the Women Who Broke Through These Glass Ceilings?

One week before the election, Money took to the streets of Manhattan to ask a cross-section of people what effect that a Clinton presidency might have on other glass ceilings in other workplaces around the country.

But, as one participant pointed out, another glass ceiling in American culture was broken not so long ago, and we shouldn't forget about the importance of that one.