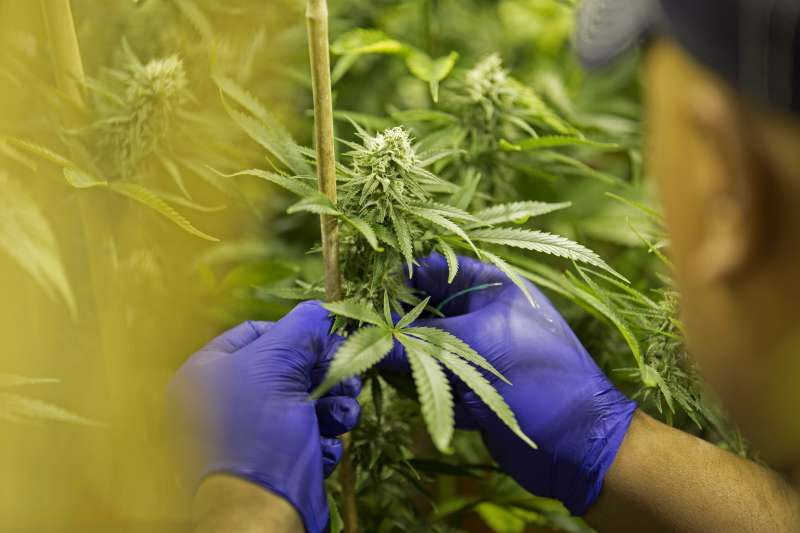 Manager Ross Phillip stakes marijuana plants in a flower room at the grow facility for Sense of Healing dispensary in Denver, Colorado, U.S., on Wednesday, Dec. 9, 2015.
Bloomberg—Bloomberg via Getty Images

The state’s $105 million in tax revenue from marijuana sales in the 2016-2017 fiscal year will go toward the “Marijuana Tax Cash Fund,” which will help create housing programs, aid mental health programs in jails and contribute to health programs at local middle schools. Last week, Colorado Gov. John Hickenlooper signed the budget bill declaring the fund, which will also help oversight efforts for the industry.

“We expect to reduce incarceration, hospitalization and homelessness for many of Colorado’s most vulnerable citizens,” the bill reads.

For the next fiscal year, $15.3 million of those tax dollars were put toward providing “permanent supportive housing” and housing assistance for the homeless or those who were considered “at-risk” of losing their homes. The state’s Department of Education got $9.7 million to add 150 health professionals at high schools across the state, and the state’s Department of Human Services received $7.1 million to end “the use of jails for holding people who are experiencing a mental health crisis.”

Hickenlooper also approved a different bill, which will annually allocate $500,000 of marijuana tax revenue to create a program that will send trained health care professionals to help those affected by the opioid epidemic in two Colorado counties.

A small number of states including Oregon, Washington and California, among others, have legalized the recreational use of marijuana in recent years — though it is still illegal federally. Under the Obama Administration, the Department of Justice relaxed federal enforcement of marijuana laws in states where it is legal. But the Trump Administration may walk back that effort.