How Your Commute Can Make You More Successful at Work 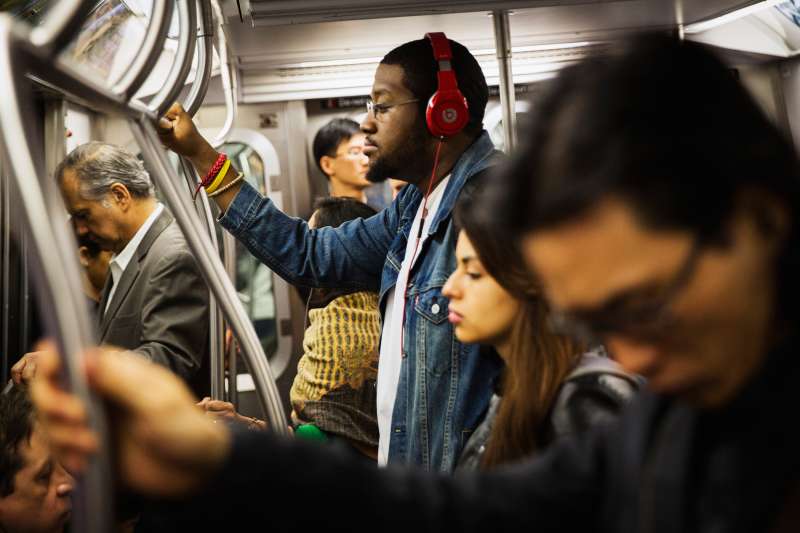 Most of us approach our daily commute as something to be, at best, tolerated, perhaps with the help of an audiobook or even a quick nap. At worst, it’s a complete waste of time.

And quite a lot of time at that: The average commute is 38 minutes each way, which adds up to some 300 hours a year schlepping to and from our jobs. A new academic paper suggests that the attitude we adopt during our commutes, and the thought patterns we engage in while we’re in transit, play a role in how satisfied and productive we are at our jobs.

Columbia Business School grad student Jon M. Jachimowicz and four co-authors studied why some people are able to take advantage of their commuting hours, especially their morning commutes, and translate that time into positive outcomes at work.

Jachimowicz found that people who think of their commute as a drag are more likely to want to spend that time doing something fun, like listening to a mystery novel or doing crosswords. Sounds logical, right? Unfortunately, that book of sudoku puzzles is a Trojan horse, because approaching your commute as something to be distracted from sets you up for failure. Temporary, escapist fun ultimately backfires, Jachimowicz found, and contributes to feelings of discontent, dissatisfaction and emotional exhaustion when you get to your job.

Read next: Watching Cat Videos at Work Could Make you More Productive

A better alternative, the researchers suggest, is to use your morning commute to strategize. Think about what you have to do, identify your most pressing tasks, and mentally structure your day. People who naturally engage in this kind of thought process—what Jachimowicz calls “goal-directed prospection”—display a level of self-control that carries into the workday. Because these workers are able to hit the ground running and have a strategy for dealing with the challenges facing them when they arrive, their approach to commuting yields more job satisfaction and less stress.

They also benefit because a commute acts as a boundary between work and home. As most of us have probably experienced at least occasionally, when work stress spills over into your home life, it makes your off-the-clock hours stressful, too. Knowing that you’ll have the opportunity to think about work during your morning commute reduces the likelihood that you’ll spend the night before ruminating on a challenge or problem.

Read next: 7 Ways to Tune Out Distractions at Work

Although Jachimowicz noted that people who naturally exhibit greater traits of self-control are more likely to experience positive outcomes, there’s no reason why you can’t, too. “Simply thinking about one’s goals for the day (or the longer term) and how to achieve them is enough in producing benefits,” he wrote. So forgo the novel or the puzzles on your morning commute, and turn your train of thought to the day ahead. It’s a small shift in behavior, but it yields a big shift in how you’ll feel about your job when you arrive at your desk.