Are We Headed for Another Foreclosure Crisis? 9 Housing Experts Share Their Predictions 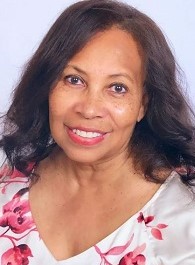 Although the housing market is booming, high unemployment means millions of Americans are struggling to make mortgage payments. More than 2.3 million homeowners remain 90 or more days past due on their mortgages, but not in foreclosure, according to Black Knight, a mortgage analytics company.

Foreclosure and eviction protections under the CARES Act have provided some relief for homeowners with distressed finances. But once forbearance protections run out, the biggest fear is there will be a repeat of the 2008 financial crisis.

Here are nine predictions from housing industry experts on the likelihood of a foreclosure crisis. (The text has been lightly edited.)

Who she is: CEO of the Center for NYC Neighborhoods

What she expects: We expect a significant increase in foreclosures unless federal and state governments implement serious measures to assist homeowners.

Her reasoning: In March 2021, government-mandated forbearance periods for millions of homeowners will end. Even with a dramatic improvement in the overall economy, many of those households will have less income than before the pandemic. This will leave them in a difficult financial bind when their mortgage payments, based on their previous income, resume. Without a major intervention, many of these families will face foreclosure. What could an intervention look like? The House of Representatives has proposed significant improvements to forbearance plans and billions of dollars in assistance for homeowners in the form of a homeowner assistance fund.

With the support of the Senate and president, these measures could prevent financial distress and stave off a new foreclosure crisis. Without them, we have serious concerns about how COVID-affected families will fare in the spring and summer of 2021, particularly Black and Latinx families, whom we know have experienced the most income loss and highest infection rates during the pandemic.

Who he is: Chief economist at financial technology firm Haus

What he expects: Due to political uncertainty, we expect a non-trivial likelihood of a rise in foreclosure rates in early 2021.

His reasoning: We're expecting a widespread rise in foreclosure rates for two reasons. First, there is uncertainty over whether the forbearance program that is currently in place will last long enough to keep up with the vast levels of unemployment that American homeowners are facing. If forbearance isn’t renewed after 12 months and a large share of homeowners are still unemployed, we may see foreclosures and distressed sales rise enough to put downward pressure on home prices.

Second, with little advance in the way of a vaccine or herd immunity, it’s possible the virus will be with us next year as well. And if federal unemployment insurance isn’t renewed, unemployed persons will have trouble making payments, which could lead to even more distressed homes coming onto the market. The scariest outcome would be a scenario where the market realizes both of these outcomes. If so, the housing market could begin to act as an anchor, and not the sail it should be, for the economy.

Who she is: Director of financial risk and economics at Better.com, an online mortgage lender

What she expects: Delinquencies could rise in 2021, particularly if the economic impact of the pandemic lasts longer than people expect.

Her reasoning: The good news is we don't expect a repeat of 2008 for a few reasons. The government stimulus we've already seen has helped boost incomes. Home equity is much higher than in the prior crisis, and underwriting standards across the board are generally stronger. Forbearance rates have already been lower than expected based on the 2008 experience, so it's likely foreclosure rates will be as well.

Who he is: Chief economist for CoreLogic, a global property analytics and data provider

What he expects: The pandemic recession has led to a sharp decline in income for many families and will contribute to home price declines in some communities in 2021. For these reasons, foreclosure rates are likely to be higher in 2021 than they are currently.

His reasoning: The increase in foreclosures will be from a generational low, and will be far less than occurred during the Great Recession. The foreclosure increase will be far less than last time because the amount of home equity families have is at a record level, and any price declines will be modest and will not occur in every community. Further, the forbearance provisions of the CARES Act are an important crutch to help families who are in financial distress and will likely reduce the flow of homes into distressed sales.

Who he is: National executive director of the National Association of Real Estate Brokers, the nation’s oldest Black real estate trade association

What he expects: The economic recovery is projected to take from one to three years, which may impact the rate of on-time mortgage payments.

His reasoning: According to data from the Mortgage Bankers Association and Federal Housing Finance Agency, there is a looming foreclosure crisis, while not to the extent of a decade ago if Congress does provide homeowners with financial assistance to pay their mortgage as a result of COVID-19. While the requests for forbearances for government-backed mortgages are not at 2008 to 2010 levels, rates for late mortgage payments are still well above pre-COVID-19 rates. Millions of Americans are not taking advantage of forbearance assistance offered through the CARES Act, and there are currently over 3 million Americans receiving forbearances.

Who he is: Executive director of the National Rental Home Council, a trade association for the single-family rental home industry

What he expects: The foreclosure rate, as well as the number of homeowners at risk of foreclosure, should continue to fall heading into 2021.

His reasoning: Through early October, the number of mortgages in forbearance fell below 3 million for the first time since April. Though still high by historical measures, the downward trend will likely continue.

Banks and financial institutions have worked out many of the challenges that slowed the effectiveness of forbearance programs early in the COVID crisis. While still not perfect, many of the programs are now operating at a level where they are providing real payment flexibility to homeowners in need of assistance.

As the number of homeowners in forbearance programs declines, so too will the number of eventual foreclosures. Additionally, mortgage servicers are sensitive to running afoul of legislation enacted during the COVID crisis to protect homeowners experiencing financial hardship. This will likely contribute to the decrease in foreclosures over the coming months.

Who he is: CEO of Century 21 Real Estate

What he expects: I am hopeful Congress, in conjunction with the lending community, will take a look at ways to help homeowners with government-backed loans and others who do not have them, work through financial hardship to help ease the potential for a serious flood of foreclosures.

His reasoning: The rate of borrowers not meeting their obligations in 2021 rests largely on the impact, if any, of a second wave of COVID-19 and any resulting government shutdowns and federal stimulus packages. Like the CARES Act, which gave borrowers temporary protection from foreclosure by establishing a foreclosure moratorium and offering homeowners forbearance of mortgage payments.

The economic pain of many Americans as a result of COVID will be around long after a medically approved and generally accepted vaccine is available to the masses. Foreclosures historically are caused by a number of factors that include unemployment, medical expenses and illness, and a death in the family. COVID-19, tragically, has negatively impacted these three and other factors that lead to foreclosure.

Who he is: Executive vice president of RealtyTrac, an ATTOM Data Solutions company

What he expects: We’ll certainly see more repossessions by lenders once the foreclosure moratoria have ended, but maybe not as many as people might expect.

His reasoning: Foreclosure activity has, for all intents and purposes, ground to a halt due to moratoria put in place by the federal, state and local governments and the mortgage forbearance program initiated by the CARES Act,. But it’s important to remember that the numbers we’re seeing today are artificially low, even as the number of seriously delinquent loans continues to increase, and that we’ll see a significant —– and probably quite sudden —– burst of foreclosure activity once these various government programs expire.

Given the record amount of homeowner equity – over $6.5 trillion – it seems likely that many homeowners in financial distress will opt to take advantage of strong demand among home buyers and sell their property rather than risk losing it to a foreclosure auction.

Who he is: Chief economist for Keller Williams Realty

What he expects: Foreclosure rates in 2021 are going to depend a great deal on what percentage of homes are still in forbearance at the end of the first quarter of 2021. This is around the time that homeowners who went into forbearance at the beginning of the pandemic will be running up against the limits of their extensions.

His reasoning: If these borrowers are still in a situation where they can’t restructure their loans, then it’s likely we will see some increase in foreclosures compared to where we were in 2019. We don’t think it is likely we are going to see anything resembling the crisis we saw in the last housing downturn.

In the current situation, borrowers will have had as much as a year to figure out if they will be able to resume making payments, and with housing prices still rising, those in the worst situations still have the ability to sell their homes to avoid foreclosure.

How the election unfolds and what that means for a new stimulus bill will also likely impact this issue, since a new bill will likely need to address forbearance moving forward. Unless we see the overall housing market take a dramatic turn for the worse, which currently doesn’t seem likely, I don’t think we are looking at any kind of forthcoming crisis.

The risk to housing demand as we move forward will come from the possibility that a stalled economic recovery leads to job losses spilling into the sectors of the economy that have so far been spared the massive layoffs seen in the retail and service industries.

Want to lower your mortgage payments? Refinancing can help!
Take the first step toward refinancing your mortgage today by seeking out the priceless data you'll need to get through the process. To find out more, click below.
See Rates

Millions of Homeowners Are Falling Behind on Their Mortgage Payments. Here Are Your Options if You're One of Them

4 Million Homeowners Are in Mortgage Forbearance After the CARES Act Loosened Rules. Is it Right for You?