What Is a Recession, and Are We in One? Money Asked 3 Economists to Weigh in 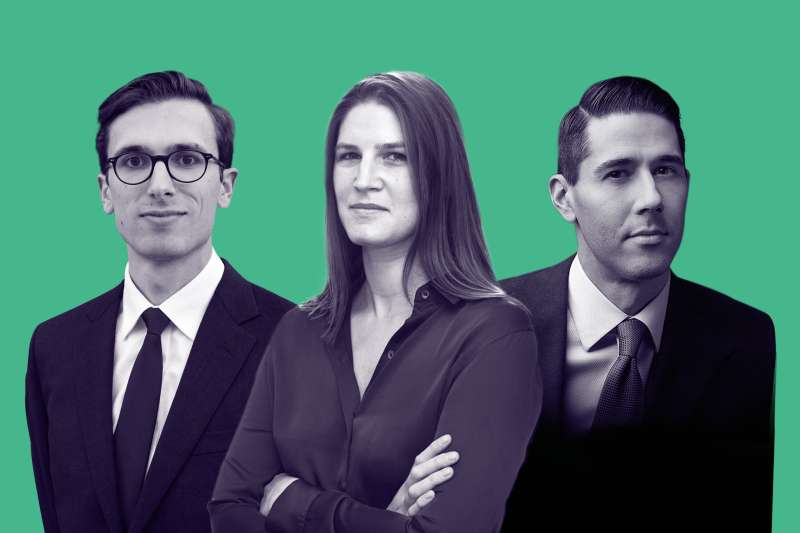 Five months in, it’s safe to say 2020 is not going well. The coronavirus pandemic continues to devastate populations, newspapers are filled with heart-wrenching headlines, and jobs reports have become downright scary.

But just how bad is it from an economic perspective? Are we technically in a recession? And if so, what does that really mean?

Having an emergency fund is now more important than ever.
By setting some money aside in a Savings Account, you will be prepared to face any emergency that could arise. Click on your state and get started.
Open an Account Today

Money consulted a trio of experts in the hopes of getting some answers about the state of the U.S. economy. We asked Christian Moser, assistant professor at Columbia Business School; Martha Gimbel, manager of economic research at Schmidt Futures; and Craig Fehr, investment strategies principal at Edward Jones, to explain the terminology around what’s happening right now.

Here’s what they said.

What is a recession?

A recession is a period of economic downturn. In the U.S., recessions are declared by the National Bureau of Economic Research‘s business cycle dating committee — which, despite its name, “has nothing to do with Tinder,” Moser says.

The dating committee is a bunch of renowned economists who gather to assess how the economy is doing. They determine when recessions formally start and end.

The committee weighs several factors in its decision, but a commonly used definition of recession is two quarters of declining gross domestic product, or GDP. However, most of that data comes with a delay, meaning the committee usually can’t declare a recession until after one has actually begun.

“The whole world, not just the U.S., is watching this,” Moser says. “They want to rest their judgement on solid, reliable macroeconomic data.”

Updated GDP numbers aren’t due for a few more weeks, but the Bureau of Economic Analysis currently estimates a -4.8% decrease for the first quarter of 2020.

“It’s pretty certain that, at some point in very near future after these numbers are confirmed, the NBER committee will have to call the shots and formally announce we are in a recession,” Moser says, adding that’ll likely be in July.

Are we in a recession right now due to the coronavirus?

Notably, Gimbel says the situation right now is bleak enough for some talking heads to make the leap anyway. They’re not waiting for the committee, which is a big deal in itself.

“Many economists are talking about us being in a recession despite the fact that we have not yet seen the GDP fall for two quarters, because we do not yet have the data,” Gimbel says. “That speaks to how bad this is.”

Fehr confirms that, formal definition aside, everyday Americans may be feeling the recession already.

“A recession is far more about an economic downturn that produces a negative effect for households and for companies, and so far as unemployment goes up, incomes go down, consumer confidence falls, business investment declines, that can be a self-deprecating cycle,” he says. “That’s where it becomes a bit more tangible.”

Why does it matter if we’re in a recession?

Though the semantics not might matter to you personally, Moser says investors, business owners and politicians do pay close attention to the declaration. The committee is known for being extremely careful in making its decision, which can itself have serious effects on the economy.

“The announcement will make it crystal clear that this is the confirmed state of the economy, and that might shake markets a little bit,” Moser says.

On December 1, 2008 — the day the Great Recession was officially confirmed — the Dow slid 680 points. Shares of firms like Citigroup fell over 20%.

Moser says once we’re definitely in a recession, businesses may change their outlook, shifting decisions to expand or stock up on inventory. The declaration could also trigger policy solutions like extended unemployment claim periods.

“Altogether, these three pillars — financial markets, business reactions and policy triggers — mean there might be a really significant effect of having the certainty come July,” Moser says.

What’s the difference between a recession and a depression?

Unlike recessions, which it’s up to the committee to declare, depressions are kind of vague. The NBER doesn’t define depressions or identify them, according to an FAQ on its website. They’re also rare: Whereas there was a recession just over a decade ago, the most recent period that’s generally regarded as a depression was in the 1930s.

Generally, depressions are linked with a long period of high unemployment, Gimbel says.

Recent Bureau of Labor Statistics estimates put the national unemployment rate at just under 15%. But the bureau noted that it thinks some people mistakenly classified themselves as employed but absent from work. If that group was reclassified as unemployed, the rate would be nearly 20%.

The highest unemployment rate during the Great Depression was in 1933, when it reached 24.9%. Given that the U.S. is currently a couple percentage points below that, “we are at depression-level unemployment,” Gimbel says.

However, Moser says it’s premature to say we’re in a depression now because the committee hasn’t even declared a recession yet.

A Guide to Getting Pandemic Unemployment Assistance Benefits