Where to Vacation This Summer 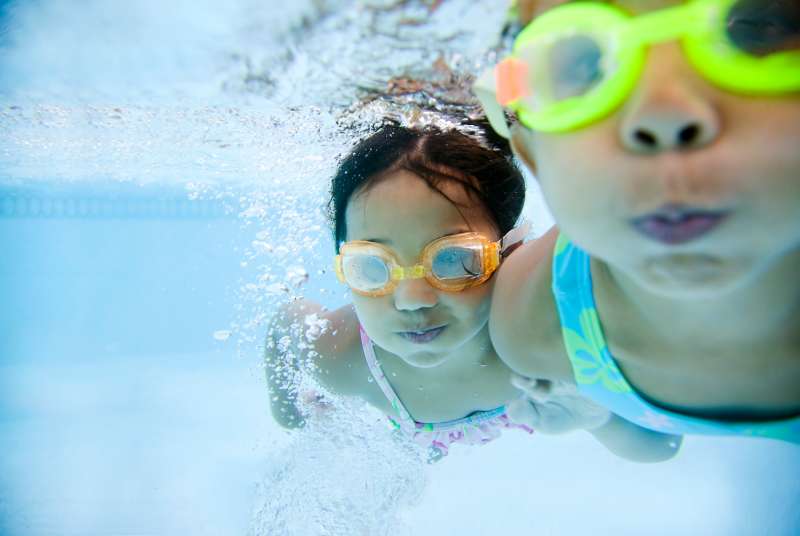 School’s out, or soon will be, and the heat is on to find the perfect vacation for you and the kids. But sometimes the hardest part about planning a vacation is figuring out where you want to go (and what you want to do there.) Do you let the kids meet their cartoon heroes at a theme park, or do you opt for a rugged family road trip? And, by the way, how can you maximize fun while minimizing spending?

Money picked five different vacation spots across the country to satisfy all kinds of vacationers—and we spell out where to stay, what to do, and how to save in each location. The best part? These value-packed trips will get the kids soaked without drowning you in bills.

This ski resort to the rich and famous can certainly be expensive, but in the summer prices melt like the snow. Hotels average $190, down from $353 in high season. And it turns out that, even without its winter blanket, Vail is still a beautiful setting for outdoorsy adventures.

Where to stay: Before June 22, spacious two-bedroom units at Vail International (vailinternational.com), located between Vail Village and Lionshead, are $176 a night. Rates jump to $220 in July, though that’s still 50% off ski-season prices. It’s a tighter squeeze, but you’ll save even more when you stay at the Vail Racquet Club (vailracquetclub.com), where one-bedroom condos (that sleep four), complete with kitchens and dining areas, start at $140 a night, 47% off winter room rates. Guests have complimentary access to yoga, spin, and fitness classes.

What to do in Vail

Vail’s newest summer resident is the Epic Discovery adventure park. The big-ticket item is the Canopy Tour ($189), a guided zip-line and ropes course through the treetops. But you’ll save $100 if you opt for the Ultimate Adventure Pass, which gets you and the kids all over an exhausting mass of zips, ropes, climbing walls, and tubing.

Vail Mountain itself features dozens of hiking trails. One favorite: the 3.2-mile Berry Picker, which snakes through aspens and columbines and offers views of Vail Village and, from the top of the hike, Mount of the Holy Cross. “You can hike it with the kiddos and take the gondola down,” says local blogger Kim Fuller. Refuel with Blue Moose Pizza’s chicken-and-Gouda cowboy pie (large, $24). “It’s near a playground and mini-golf course, which keeps the kids entertained,” says David O. Williams, editor of RealVail.com.

Parking in Vail Village typically runs $25 a day in high season, but it’s free everywhere in town during the summer. That said, you might not need your own wheels at all. You can catch the Bustang Bus in Denver (ridebustang.com; adults, $17; kids, $8.50) and take advantage of the always-free Vail Transportation bus service once you’re in town.

The Windy City is clean, easy to navigate, and a cheap trip. On average, flights to O’Hare International Airport are down 41% compared with last year, according to Cheapflights.com. Chicago is also a great kid-friendly grub hub. After all, the prime local delicacies are pizza and hot dogs.

Where to stay: Summer is peak season in Chicago, but July and August hotel rates average $137, 11% less than in June, according to data-analytics firm STR, and 24% less than in other kid-friendly cities such as Boston. Reserve a room at the brand-new Kimpton Gray Hotel by June 15 and you’ll pay $192 a night, 30% off regular rates. Located right on Michigan Avenue, the Essex Inn (essexinn.com) features a roof garden with park and lake views. You’ll find rooms from $159 to $229, with 10% to 15% off for multi-night reservations.

What to do in Chicago

Studded with shops, parks, and museums, Navy Pier is one of Chicago’s top tourist attractions. It turns 100 this year with a focus on its maritime roots. On June 10–12, the America’s Cup World Series holds qualifying races on Lake Michigan. In July a tall-ship festival sails into town. Access to the pier is free, but kids can jump on a tall ship for $15 ($25 for adults). A great deal for literate landlubbers: The Chicago Shakespeare Theater also performs at the pier. People under 35 can buy tickets for $20.

There’s another noteworthy Chicago centenarian: The Cubs are celebrating their 100th year at Wrigley Field. Seats in the bleachers are $13, one of the best deals in baseball. More amazing: The long-suffering Cubbies could actually win the World Series.

If you go to Shedd Aquarium, the Museum of Science and Industry, the Adler Planetarium, the Field Museum, and Skydeck Chicago, the Chicago CityPass (citypass.com; adults, $98; kids $82) saves 53% on the total admission. Kids under 14 get in free at the Art Institute.

You’ll need extra pixie dust to score a Magic Kingdom deal these days. A new ticketing structure has raised single-day prices during peak times, especially school vacations and holidays. One solution: Plan carefully and explore a bit of Orlando beyond the parks.

Where to stay: B Resort & Spa, which offers a free shuttle bus to all the Disney parks, pampers both adults (massages and pool bars) and kids (bunk beds and an activity room). Spacious rooms that sleep four start at $149. Use the MOUSESAVERS code and save up to 33% through September (bhotelsandresorts.com).

What to do in Orlando

The most expensive months at Walt Disney World are June and July, when a one-day ticket costs $114. Hold off until July 24 and the price drops to $102; by Aug. 22 you’ll pay $97. For the best deal, buy multiday tickets, says Don Munsil of the website MouseSavers.com. Munsil recommends a five-day pass ($68 a day, adults; $64, kids ages 3 to 9) that covers Disney’s four parks: Magic Kingdom, Epcot, Hollywood Studios, and Animal Kingdom.

But there’s also plenty of fun in the sun in the rest of Orlando. The Leu Botanical Gardens (leugardens.org) on the banks of Lake Rowena feature 50 acres of tropical beauty, says Kristen Manieri, a contributor to Orlando magazine. Tickets: $10 for adults, $3 for kids under 18, and free on Mondays in the summer. And instead of Disney’s water parks, where tickets start at $60 a day, head for Wekiwa Springs (floridastateparks.org; $6 per vehicle), 16 miles from downtown Orlando. You can also go kayaking, canoeing, and snorkeling in the Wekiwa River, which is fed by a natural spring that stays at 72°F all year. At the end of a long, hot day, it’s great natural air-conditioning.

Adding Universal Orlando and its Wizarding World of Harry Potter to the trip? Skip the $155 single-day, park-to-park tickets. You’ll save $20 a day or more on multiday tickets. The smartest option: a three-day pass at $230 for adults and $210 for kids. Pay with your American Express card and get free snacks, drinks, and concierge services and through June 30, 10% off a parkwide dining plan.

Travelers have been making pilgrimages to Cape Cod since, well, the Pilgrims. New this year: lower prices. The average room costs 6% less than in 2015, reports travel website Gogobot. Still, the Cape can be pricey. Look for deals near Yarmouth, with the highest concentration of rooms around.

Where to stay: Find your perfect beach house on WeNeedaVacation.com, a local home-rental agency. You can find three-bedroom vacation properties a quarter mile from the beach for $1,100 a week in July. If you travel to the Cape in June, you’ll save almost 20%.

What to do in Cape Cod

An extra reason to love Yarmouth: A handful of its beaches offer free parking. Gray’s Beach is particularly lovely, because of its long boardwalk and nature trails, says Christopher Setterlund, author of the In My Footsteps travel books. Mayflower Beach in Dennis is another family favorite, with its tidal flats teeming with aquatic life and, almost as crucial, accessible bathrooms and picnic tables. Parking is expensive ($25 a day), but you save $5 on weekdays.

For a whale of a time, set sail with Dolphin Fleet (whalewatch.com; adults, $47; kids, $31), New England’s first whale-watching company. Visit its website to collect a $2 coupon. This is also a great year to visit the Cape Cod National Seashore. You’ll get in free from Aug. 25–28 at all six beaches, thanks to the National Park Service’s centennial celebration. You can also sign up for free ranger-led walking tours. Go to nps.gov/caco for more information.

Kids ride free (with a paying adult) on the CapeFlyer, which offers train service between Boston’s South Station and Hyannis from Memorial Day to Labor Day on weekends (adults, $22 one way). You’ll also save $4 by booking roundtrip tickets.

Portland sits in an especially sweet road-trip spot. It’s about halfway between the Pacific Ocean and the Mount Hood foothills, as well as 45 minutes from the Willamette vineyards. Even sweeter: You save money on every route because Oregon is one of five states with no sales tax. (The gas tax is lower than its neighbors’ too.)

Where to stay: Mt. Hood Rentals (mthoodrentals.com) lists family condos for $200 a night. In the Willamette Valley, plan an overnight at the Vintages Trailer Resort (the-vintages.com) near McMinnville, where outfitted Airstreams that sleep four start at $122. In Seaside, stay six blocks from the Pacific at the new River Inn, which has a pool and s’more-ready fire pits ($99, riverinnatseaside.com).

What to do in Oregon

The route: east on Routes 84 and 26 from Portland, followed by scenic Route 211 to the Willamette Valley, then west on Highway 22 to link to coastal Highway 101 up to Seaside before looping back to Portland.

The stops: Start with some culture at the Portland Children’s Museum (tickets, $10.75; portlandcm.org), home to touchable installations and the topiary Zany Maze. It’s about 70 miles to the Hood River, but en route you’ll find U-pick-it farms, such as Cody Orchards (codyorchards.com), and the Columbia River Gorge. Take a break from driving on the Mount Hood Railroad (mthoodrr.com), which runs a charming two-hour ride through woods and vineyards. Save $15 on the roundtrip if you travel coach (adults, $30; kids, $25).

You’ll find produce of a different variety—wine grapes—in the 150-mile-long Willamette Valley. Brooks Winery (brookswines.com; tastings, $15) is especially family-friendly, notes Jennifer Rouse of Travel Oregon, with badminton and beanbag-toss games for the kids. For a beach stop, go razor clamming in Seaside. Maybe the kids will even taste what they dig up

Save a bundle—about 60% in July—by renting a car and picking it up away from the airport grounds. Hop a 13-mile cab to North Portland and you can get a full-size car from Enterprise for $276 (at press time) for a week. Cost at the airport: $708.