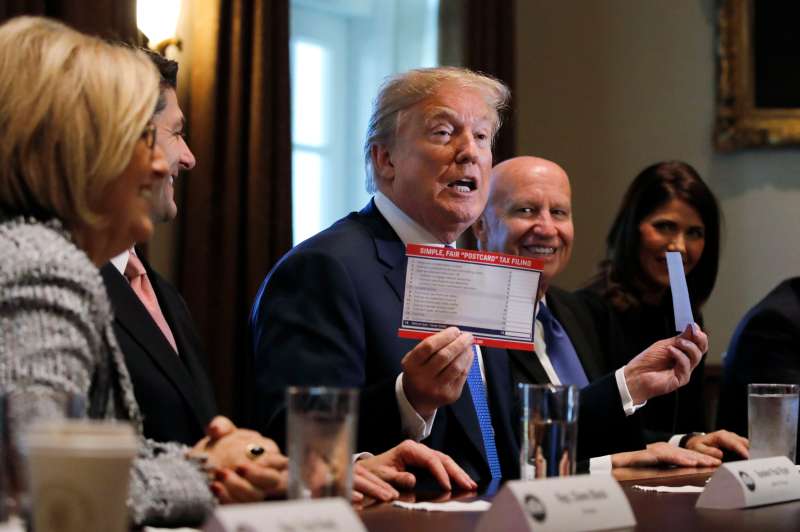 House Republicans unveiled their long-awaited tax reform proposal Thursday—and a handful of popular breaks for education are on the chopping block.

The GOP wants to combine three separate tax credits for higher education expenses into one, and eliminate both the student loan interest deduction and tax-free tuition reimbursement from employers. The bill also calls for a new tax on wealthy universities’ endowments.

Here’s a breakdown of the proposed changes.

The GOP plan would repeal two of three existing tax credits: the Lifetime Learning Credit and Hope Scholarship Credit. The Lifetime Learning Credit offsets 20% of the first $10,000 of qualified education expenses—reducing your tax bill by as much as $2,000—and can be used for as many years as you want, but it comes with an income cap: your modified adjusted gross income must be $65,00 for single filers or $131,000 for married filers. The Hope Scholarship Credit is the least generous and least used of the existing education credits.

Cutting the two credits would bring in $17.3 billion in federal revenue over the next decade, according to the bill.

In place of those two cuts, the bill extends the American Opportunity Tax Credit for one extra year, making it a tax break that students can take for up to five years. For the first four years, the AOTC lets you get up to $2,500 back if you spend $4,000 on tuition and fees—no change there—but for the fifth year, under the new tax plan, the size of the tax break would be halved, so it would be worth only $1,250.

“Some of these education tax preferences are popular,” Scott Greenberg, a senior analyst at the Tax Foundation tweeted while reviewing the changes. “Lawmakers seem to be willing to go after sacred cows.”

The GOP plan also eliminates the student loan interest deduction. Under current rules, borrowers paying off education loans can deduct up to $2,500 of interest paid on student loans.

Deductions, which lower your taxable income, are nearly always less valuable than credits, which reduce you tax liability dollar-for-dollar. So the maximum benefit from the student loan interest deduction is $625, and the average benefit is just $202, according to an analysis from the American Enterprise Institute.

Still, this tax break is popular.

About 12.4 million people claimed it for the 2015 tax year—more than double as many who claimed the AOTC, according to the IRS. That may be because you can claim the student loan break for several years after college while paying off loans, while the credit is limited to money spent on college in a given tax year.

The Republican tax plan contains several other changes. It eliminates the tax-free status of employer tuition reimbursements, up to $5,250 a year. It would also bar new contributions to Coverdell Saving Accounts, relatively little used (but tax-free) accounts; existing Coverdells would be rolled over into 529 plans.

It also declines to renew a deduction for tuition and fees that expired last year.

Republication lawmakers say eliminating these breaks, along with two other smaller changes, will add up to $47.5 billion over 10 years.

The bill would also create a new tax on some colleges: Private universities with at least 500 students and assets of more than $100,000 per student could face a new 1.4% excise tax on investment returns. That would largely affect the country’s wealthiest colleges, which have big endowments. Rich colleges have been a target of Congressional Republicans before, and this comes amid renewed broader scrutiny of university endowments—including calls from some lawmakers that universities should be required to spend a larger amount of their endowments each year.

Overall, Republicans say this plan will “streamline” education benefits for families, and that’s a net positive. The current benefits are “so complicated that they are ineffective because many taxpayers cannot determine the tax benefits for which they are eligible,” it reads.

But some education experts offered opposite views.

The American Association of State Colleges and Universities said in a statement soon after the bill was released that the tax plan will undermine public higher education through changes to tax breaks for students and families, as well as tax benefits for colleges, among other aspects of the plan. “These changes together would make college less affordable for the vast majority of students who access higher education through public colleges and universities,” the group said.

Barmak Nassirian, director of federal relations and policy analysis at the association, said in a tweet the changes are “cuts masquerading as ‘streamlining.'”

And the Association of American Universities, which represents 62 prestigious research universities, said taxing endowments is “short-sighted move that will only harm students and families.”

There is one uniformly positive change for student borrowers in the bill: people who have their loans discharged for death or disability would no longer have to pay income taxes on the amount forgiven.