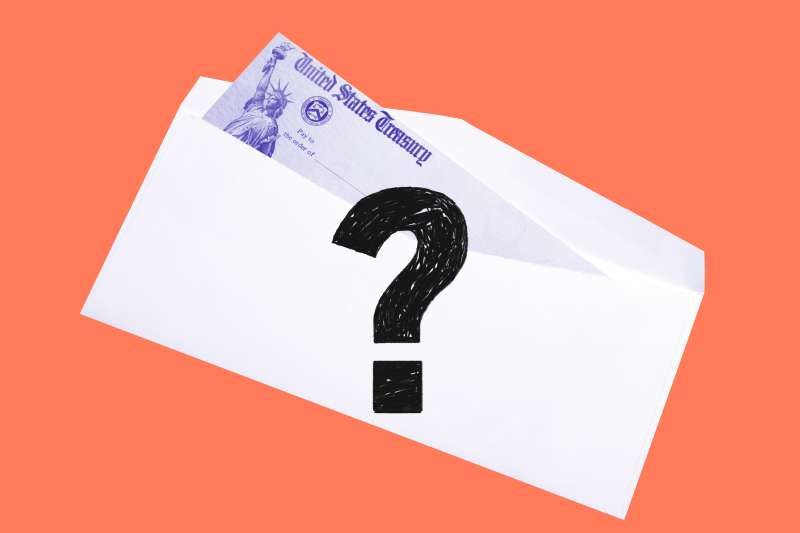 The U.S. government is handing out about $2 trillion to ease coronavirus-driven economic distress for small business owners, heavily affected industries — and all but the highest-earning Americans.

Lawmakers agreed to the highly debated stimulus terms, and President Donald Trump signed the package — officially known as the CARES Act (Coronavirus Aid, Relief, and Economic Security Act) — on Friday, March 27. The $2 trillion stimulus is more money than the U.S. government has ever put into a rescue package before (it represents 57% of the $3.5 trillion Americans paid in taxes in fiscal year 2018), with the ultimate goal of providing a safety net for industries and consumers alike.

But the checks won’t go out to everyone.

Who Gets a Check

Checks will be doled out based on your income as reported on your 2019 federal tax return (if you haven’t filed for 2019, then it’s based on your 2018 return). According to the Tax Foundation, about 94% of Americans will be eligible for some level of relief.

In short, Americans making less than $75,000 will receive a one-time payment of $1,200 per adult and $500 per child under the age of 17. As an individual’s income increases, that check gets smaller by roughly $50 per $1,000 earned, until it diminishes completely for individuals with an income of $99,000 and married couples filing jointly with an income of $198,000 and no dependents (assistance tapers off at higher income levels for those with dependents, as outlined by the Tax Foundation).

Unemployed workers will see an increase of $600 to their weekly unemployment insurance for four months — a boost that also extends to furloughed workers or freelancers.

Who Doesn’t Get a Check

Dependents over the age of 16 (meaning most high school seniors and college students) aren’t eligible to receive any money in the form of a relief check, since the $500 per dependent rule applies only to those under the age of 17.

Finally, anyone in the following categories of tax filers is excluded from getting one:

Other provisions of the stimulus relief bill included some leniency on various rules:

Secretary of the Treasury Steven Mnuchin said checks will be sent three weeks after the bill is finalized …but that might be a stretch. The last time the government issued relief checks to Americans was in 2008, and it took two months after signing. If you have filed your 2018 or 2019 taxes and the IRS has your direct deposit information, you could receive payment digitally as early as the week of April 13. More specifically, Politico has reported that the first stimulus check recipients will see payments in their bank accounts on Wednesday, April 15.

Also, those who receive paper checks in the mail may have to wait especially long for their payments. The first people to receive stimulus payments will be those who have filed 2018 or 2019 tax returns and have provided their direct deposit information to the IRS. If the IRS doesn’t have your direct deposit details, it will send you a traditional paper check — but payment is likely to be delayed by weeks if not several months.

Looking for more money tips? Read: 5 Productive Things You Can Do While In Quarantine