How to Watch Scary Movies Nonstop on Friday the 13th–for Free! 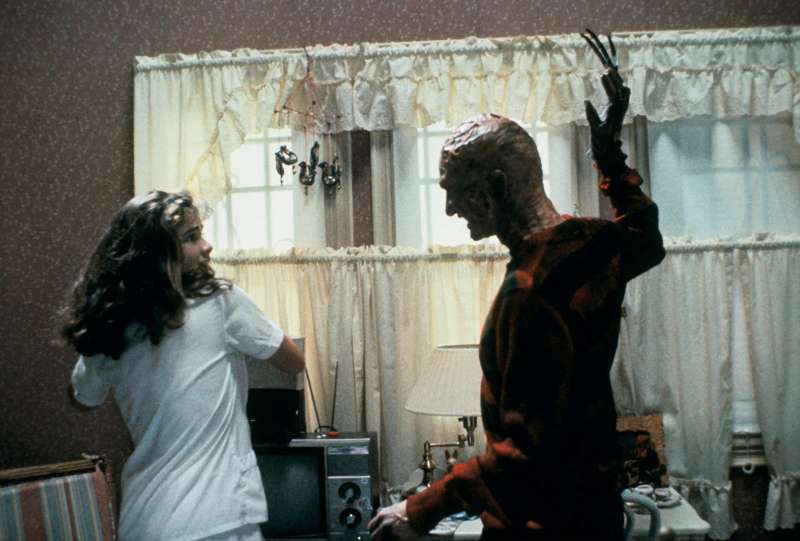 It's not just about Jason. There's a "Nightmare on Elm Street" marathon on Friday the 13th too.
New Line Cinema

The day means different things to different people. There are plenty of superstitions that go along with it, explaining why you’ll find it’s often cheaper to fly or have a wedding on the day renowned for evil and bad luck.

Curiously, oddball deals have also been timed to coincide with the occasional Friday the 13th. This Friday, the fast-casual Wayback Burgers chain is giving away a classic cheeseburger to any customer with the last name of Luck (or some variation of the surname). Tattoo parlors like this one have been known to sell tattoos at the promotional price of $13 apiece on Friday the 13th as well.

For most people, though, Friday the 13th is most appropriate for one thing in particular: watching scary movies and terrifying the bejesus out of you and your horror-loving friends. Plenty of TV channels, streaming services, and movie theaters are happy to oblige. Here are your options:

BASIC CABLE
Spike TV is airing 11 Jason Voorhees movies in a row, starting at 11:32 p.m. on Thursday night with the original Friday the 13th.

A Nightmare on Elm Street marathon is taking over Syfy on Friday the 13th, including broadcasts of the original film at 10 a.m., 8 p.m., and 11 p.m.

STREAMING
Use your Amazon Prime subscription—or sign up for a 30-day free trial—for free streaming of horror movies such as Hannibal Rising and The Woman in Black, the latter starring a post-Harry Potter Daniel Radcliffe.

Read Next: A Dozen Scary Weird Things to Know About Friday the 13th and Money

Anyone who is a Hulu subscriber or wants to test-drive the service with a free one-week trial can do a search for “horror” and turn up dozens of results, including cult favorites like Them, The Collector, The Blair Witch Project, and the TV show “The Outer Limits,” which aren’t available for streaming at Netflix.

Take your pick among the many lists rounding up the best horror films available on Netflix right now. Among the recommendations are classics like The Shining, The Exorcist, and Cujo and new releases such as Hush, from the director of Oculus.

One of the channels on the overlooked, totally free Pluto TV streaming service is Horror 24/7, which as the name indicates runs spooky programming nonstop.

AT THE MOVIES
You’ll have to actually spend some money to catch special screenings of scary movies on Friday, May 13. But hey, how often do you get to watch terrifying films they way they were meant to be “enjoyed,” on the big screen?

Read Next: How to Watch All the TV You Want Without Paying a Cable Bill