James Damore Apologized For Saying Women Have More 'Neuroticism.' Except, He Really Didn't. 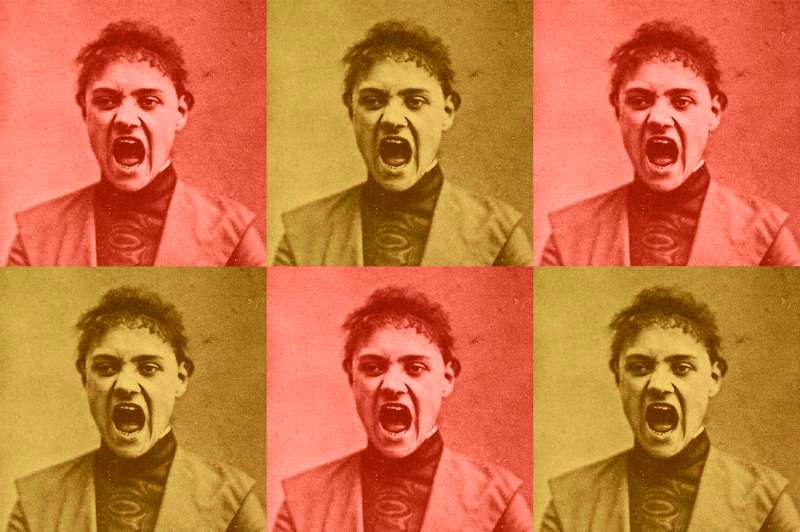 In an interview with CNBC this week, James Damore—the former Googler who got fired after he circulated a 10-page anti-diversity memo —finally admitted that he regrets claiming women are more prone to “neuroticism” than men.

Damore’s memo, complete with charts and footnotes (I particularly like all of the authoritative Wikipedia links!), made a lot of dubious claims. But the “neuroticism” argument was one of the worst, because it’s rooted in a long history of men shutting out women from just about everything.

Damore spoke out against his termination by writing a piece for the Wall Street Journal titled “Why I Was Fired By Google.” In his response, Damore argued that the real reason he was axed is because “Google is an ‘Ideological Echo Chamber'” and is only receptive to liberal viewpoints, an argument which has inspired the alt-right to rally behind his cause. (Meanwhile, more than 60 women are waging a lawsuit against Google over pay equity and alleged sexism.)

Series from “Iconographie photographique de la Salpêtrière” inspired by French neurologist Jean Martin Charcot studies in Neurosis. Charcot (1825-1893) used hypnotism to treat hysteria and other abnormal mental conditions and he had a profound influence on many farther neurologists, psychologists and psychotherapists as Sigmund Freud (1856-1939), father of psychoanalysis.
Jean Martin Charcot

You didn’t really apologize at all. Sure, you said you regret using the term “neuroticism.” But, then you proceeded to explain that you disagree with companywide surveys that showed women at Google had more anxiety, which were held up by the company as examples of the effects of sexism. “We can give personality tests to everyone and that would actually show if we are treating people differently or if it’s just someone’s innate tendency to have anxiety,” you wrote. Translation: you’re still arguing that women have an innate tendency toward more anxiety.

So let me school you on the origins of saying women are prone to more “neuroticism.” When you use this term, you are actually dredging up thousands of years of oppressing women by labeling them as “hysterics.”

In 5th century B.C., Hippocrates, the Greek father of modern medicine, wrote about women who suffered from what he described as “hysteria,” a mental disorder he claimed was caused by an “inadequate sexual life.” A woman suffering from hysteria showed symptoms of “anxiety, a sense of suffocation, tremors, and sometimes even convulsions and paralysis” resulting from her uterus “wandering” around her body.

The cure Hippocrates suggested is that “widows and unmarried women should get married and live a satisfactory sexual life within the bounds of marriage.” And with that, being a single woman was officially a disorder.

In the Medieval period of witch trials, women who were out of line (i.e. not conforming to the traditional female role of marriage either via a lack of interest in marriage or through excessive sexual activity) were often diagnosed with hysteria. The diagnosis could be a death sentence: hysterics were demonized as witches who had an anatomical stigmata, and these women were subjected to torture and executed. (Side note: it would stand to reason that one would feel more anxiety if one is perpetually sublimated.)

Engraving depicting the persecution of women accused of being witches, a famous historical case of mass-hysteria, in Salem, MA, 1692-1693. The central woman in the courtroom is believed to be Mary Wolcott.
Kean Collection—Getty Images

In the 1600s, hysteria became a catch-all diagnosis for anything ailing a woman that couldn’t be identified, explains Glamour writer Rachel Jacoby Zoldan. According to an estimate by English physician Thomas Sydenham, hysteria was the most common disease after fever during that time period, and accounted for a sixth of all human maladies. It was most often confused with epilepsy.

A lesson on hysteria by Jean Martin Charcot (1825-93), pioneer of neurology, at the hospital 'la Salpetriere'. The patient is Blanche Wittmann, held by Babinski, who hypnotized the patients.
Imagno—Getty Images

Hysteria diagnoses peaked in the Victorian era resulting from Beard’s belief that women were “more at risk due to their greater vulnerability to civilization” and the stresses of modern life. Standard methods of treatment stipulated that the afflicted must be brought to orgasm, be administered electrical shock treatment, tortured by sheer terror or subjected to high-pressured hosing.

Boerhaave treating a patient with hysteria at Leiden hospital in 1710. He believed that people suffering from hysteria could be calmed by making them frightened, and so began threatening them with red-hot pokers.
Science History Images—Alamy
Advertisement for Dr. Scott's Electric Corset from The Illustrated London News. April 17th 1886. The corset was considered a 'great boon for the delicate' and able to cure all manner of ailments including palpitation, nervousness, hysteria, extreme obesity and 'internal weakness'. Dr. Scott also manufactured an electric hairbrush claiming to have similar curative effects.
Illustrated London News Ltd./Mary Evans—Everett Collection
Satirical colour etching by George Cruikshank (1792-1878) showing a doctor administering the new electrical shock treatment, thought to cure hysteria and other nervous conditions. Luigi Galvani (1737-1798) discovered animal electricity in the late 18th century. Nerves and muscles in animals function by tiny electrical currents, and can be stimulated by outside electricity. Soon electrical treatments were in great fashion, and were believed to be able to cure all manner of complaints, from gout to paralysis.
Science & Society Picture Librar—SSPL via Getty Images

In 1913, Physician Sir Almoth E. Wright argued against women suffragists demanding equal rights or any woman rejecting patriarchal culture in “The Unexpurgated Case Against Woman Suffrage“ by calling it a “hysterical revolt” from which no peace can transpire. He says peace will only come when “the woman who remains in England comes to recognise that she can, without sacrifice of dignity, give a willing subordination to the husband or father, who, when all is said and done, earns and lays up money for her.”

The diagnosis of hysteria as applied to women was declassified as a mental disorder by the American Psychiatric Association in 1952, but that has not erased the damning stereotype. Donald Trump has even accused women of behaving hysterically. During the Republican presidential debate, Trump dismissed moderator Megan Kelly by saying she had “blood coming out of her eyes, blood coming out of her whatever.”

Vogue writer Alison Espach called this action by Donald Trump “a dirty move.” As Espach writes, “It’s a dirty move when a romantic partner tries to shut down an argument by calling you crazy. It’s the history of authoritative men pitting a woman against her own mysterious, unruly body, a body that disqualified her from positions of power and a general sense of autonomy. If we understand this, we can start to understand why calling someone crazy is so particularly dangerous: It transforms what was once a dialogue or debate into an attack on the legitimacy a person needs to form opinions.”

And now, James Damore, you have repeated that falsehood.

No matter how well-argued and rational a woman is, people like you will discredit as suffering from innate “neuroticism.” For women at work, the risk of being labeled as someone unable to handle the anxiety of the workplace can have a silencing effect.

Even sources quoted in your memo are firing back. David P. Schmidt, who authored a survey mentioned in the screed, said: “Using someone’s biological sex to essentialize an entire group of people’s personality is like surgically operating with an axe. Not precise enough to do much good, probably will cause a lot of harm.”

So, NO, James Damore. You weren’t fired because Google is an “Ideological Echo Chamber” or because your right to free speech was violated. You were fired for attempting to pass off a theory that wouldn’t even pass linting because it is so riddled with debunked stereotypes about women. They canned you because in an industry where diverse minds come together to solve problems, you attempted (ineffectively) to squash the voices of your female colleagues.

Coming from someone who has worked as a software engineer at a company that prides itself on forward-thinking, I would have expected a more innovative argument from you. Instead, you just defaulted to this statement: women are ill-suited for tech because they’re just plain “crazy.” YAWN.