Meet the 34-Year-Old Founder of Stitch Fix, Who Just Became One of America's Richest Self-Made Women 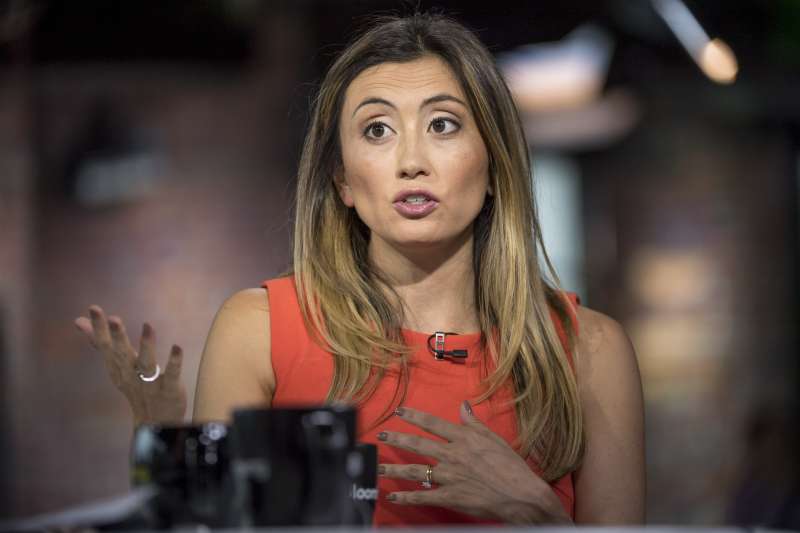 Katrina Lake founded Stitch Fix, the online personal shopping service, out of her apartment on the back of a failed startup idea.

Today, according to Forbes, Lake, now 34, has a 16.6% ownership in the company, which went public a month ago. And her net worth now approaching $500 million—making her one of the youngest, richest self-made women in America.

“If Lake makes the next iteration of the Richest Self-Made Women list, she’ll likely be one of the youngest women to do so,” Forbes says. “At present, only pop star Taylor Swift, 27, is younger.”

How did Lake get here?

She spent the first part of her life in San Francisco. But as Forbes reported, she got heavily into the Bay Area’s rave scene as a teen, and her parents made the decision to move the family to Minnesota.

She settled down and got into Stanford, intending to become a doctor, but became fascinated by economics.

She ended up joining a venture capital firm as an associate after graduating, hoping to join one of the startups that came through the company’s door, the L.A. Times reported. Instead it proved a clarifying experience.

So she decided to attend Harvard Business School. She came up with Stitch Fix, a personalized fashion box subscription service, after another retail idea, Rack Habit, flamed out. It took several lucky breaks and idea iterations for the company to rise above the box subscription fray.

Today, Lake and her husband raise a toddler while she runs a company worth billions. She told Entrepreneur how she achieves balance in her life.

“One of the things that has been an adjustment being a new mom is that the morning is some of the most valuable time I have with my son,” she says. “It used to be that I would check email and Instagram first thing in bed, and now as soon as he’s up, I’m up. I’ve really appreciated the clarity and being able to start the day in a more organic way with my son.

“It’s really important for me to feel present when I’m at work, that I’m totally listening and paying attention and not worrying about what my son is doing. On the flip side, I try to bring that same level of being present at home. I want to feel totally present in everything I do.”

Lake is also an avid reader, and talked about three books that have made her more successful:

When Lake took Stitch Fix public, she officially became the youngest female founder ever to do so, according to financial data firm FactSet.

One of Stitch Fix’s latest ventures has been a service for men to compete with rivals like Trunk Club.