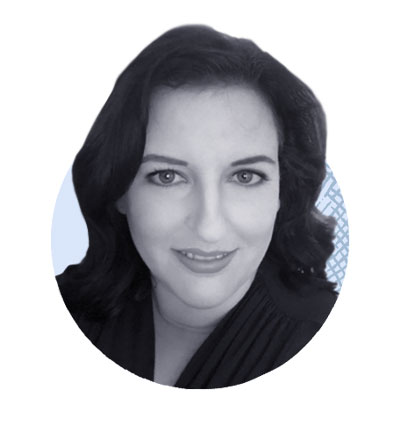 If you own what insurers consider to be exotic animals — including the likes of guinea pigs, tropical fish, parrots, or iguanas — it can be difficult to find coverage for your pet. Nationwide is one of the few large pet insurers that issues policies for birds, fish and more, which is a key reason we included Nationwide on our list of the best pet insurance companies.

Nationwide also offers a free vet helpline and an unusually low 50% reimbursement option that can keep your premiums down. But the company’s pet insurance policies also come with limitations.

Fetch a Pet Insurance policy for your four-legged friend today
Whether you want coverage for basic care or specialty procedures, you’ll find an option for your pet. Select your state to get a free quote.
Get a Free Quote

Most pet insurance companies only provide coverage for dogs and cats. Nationwide is one of the few companies that also cover birds and exotic animals, including potbellied pigs, ferrets, conures, tegus and even water dragons. One quibble: while you can apply online to insure your dog and cat, you must call Nationwide to insure an exotic pet.

If you buy pet insurance through Nationwide, you get free access to a 24/7 helpline staffed by veterinarians. Vets will answer health questions and help you determine if urgent care is needed.

Nationwide suits pet owners who want to minimize their premiums by choosing to limit the percentage of every bill they get reimbursed. With most policies, the lower the level of reimbursement you select, the smaller the premium, as a rule -- but also the less you get back from the company, of course. Few insurers offer a reimbursement level below 70%, but Nationwide offers a 50% option. Selecting it could save you a lot on your monthly premium, yet still deliver significant benefits in the event your pet develops a serious condition — which is when pet insurance pays off the most.

Except with its top-of-the-line plan, Nationwide matches some other insurers by capping how much it will pay to treat any one condition over the pet’s lifetime. (That approach has pros and cons compared with the more typical deductibles on treating all conditions.) More unusually, though, the major medical and major medical with Nationwide's wellness plans also limit the amount they will pay for common medical procedures. Those caps can leave you short financially if you live in an area where veterinary costs are higher than the norm or if your pet’s condition is unusually severe and costly to treat.

Only one deductible available, $250

Other companies allow you to pick a deductible — usually ranging from $250 to $1,000. Also, with only one relatively low deductible available, your monthly premiums will likely be higher than if you were able to select a higher deductible amount.

Nationwide makes information harder to access through its website than do most pet insurers. You can’t download sample policies for details on coverage, an unusual omission, and we had to resort to searching via web browser for other important information Nationwide had posted only as pdfs.

Major Medical covers accidents and illnesses, including cancer and some hereditary conditions. The plan has a $250 annual deductible and there are defined benefit limits per condition or procedure. Several common hereditary conditions are excluded from coverage, including cataracts in dogs under seven, hip dysplasia, or patellar luxation. Pets must be enrolled before their 10th birthday. After that, they’re ineligible for the major medical plan.

This plan offers the same coverages and exclusions as the Major Medical policy, but it also covers wellness exams, vaccinations, flea and heartworm preventatives, bloodwork, and urinalysis. Like the Major Medical option, it has a $250 annual deductible and defined annual benefits per condition. And, pets must be enrolled before their 10th birthday or they’re not eligible for the plan.

The Whole Pet plan covers accidents, illnesses, hereditary and congenital conditions, behavioral exams and treatments and cancer treatments, although there are the same coverage exclusions as for the other plans above. Unlike Nationwide’s other plans, though, the limits are for annual overall care rather than per condition. There’s a $10,000 cap on annual benefits and a $250 annual deductible. You can choose a reimbursement level that matches your budget; you can select a level of 50% or 70%. Dogs over the age of five are ineligible for new Whole Pet policies, but cats are eligible before their 10th birthday.

The avian and exotic pet coverage option is for small mammals and birds. It covers illnesses and accidents, but like other pet insurance plans, doesn’t cover pre-existing conditions. Pet owners can select a reimbursement level of up to 90% of eligible expenses.

Nationwide does have wellness plans for dogs and cats that can be purchased separately from Major Medical or Whole Pet plans. There are two wellness plans:

Unlike Nationwide’s accident and illness plans, its wellness plans aren’t available in all states. To purchase a wellness plan without a medical insurance policy, you must call 800-872-7387.

Nationwide Pet Insurance covers so much more than just dogs and cats
If you own exotic animals, like guinea pigs, tropical fish, parrot, or iguanas, Nationwide can give you coverage. Click below to get a free quote today!
Get a Free Quote

In our past price survey on what pet insurance costs, we found Nationwide’s premiums to be in the middle range within the market. To give you a snapshot of what premiums to expect now, we gathered quotes for several breeds of dogs and cats at different ages.

Rate quotes are for a pet owner in Orlando, FL and are based on a relatively high $10,000 annual reimbursement level with a (fairly low) $250 deductible — the only one Nationwide offers — and a 70% reimbursement percentage. Your premiums may differ based on your pet’s species, breed, and age.

Nationwide has the following discount programs:

There are many different pet insurers to choose from, and you want to make sure the company you select can afford to pay out its future claims. One resource that can help your research is AM Best’s Financial Strength Ratings.

AM Best is a credit rating agency that evaluates and rates insurance companies. In 2020, AM Best affirmed Nationwide’s A+ (Superior) rating. That rating indicates that Am Best believes Nationwide has a superior ability to pay out future claims.

Overall, Nationwide makes it a little harder to reach their reps and to glean information online than most of its competitors, as detailed below.

While Nationwide is licensed in all 50 states, not all of its policies are available in every state. Depending on where you live, you may have fewer options.

Nationwide also doesn’t have a 24/7 chat function for customers, a feature many other companies offer.

We found Nationwide’s pet insurance website to be scarcer than most on information, with details about its policies, including their exotic pet coverage, notably difficult to find. While other insurers allow customers to download or view sample policies, Nationwide doesn’t offer that feature, making it difficult to find out the specifics about its plans and exclusions.

For example, Nationwide excludes certain conditions by breed, but that information isn't available through its navigation pane. We only found it by using a web browser to search for breed-specific exclusions and found a PDF document.

Further, some coverage options — including insurance for exotic pets and birds — can only be purchased over the phone, which compounds the drawback of Nationwide not offering 24/7 phone service.

Nationwide covers dogs, cats, birds and exotic animals. However, the following types of animals are ineligible for pet insurance through Nationwide:

Based on reviews and rankings, it's difficult to get a reliable read on how well Nationwide satisfies its pet insurance customers. That segment of its business isn’t detailed in customer reviews by JD Power, although the company generally scores a little below average in satisfaction for its home and auto insurance. Sites like TrustPilot or the Better Business Bureau lack relevant data. Nationwide is, however, accredited by the Better Business Bureau.

Is there an annual limit on Nationwide pet insurance?

Depending on which plan you choose, there may be an annual reimbursement limit, or an annual per condition or procedure limit. For example, Nationwide's Whole Pet plans are capped at $10,000 per year.

What counts as a pre-existing condition for Nationwide's pet insurance?

What animals does Nationwide cover?

Nationwide covers dogs, cats, birds, and exotic animals — down to true exotica such as sugar gliders, snakes, and hedgehogs. Animals that require permits or licenses to own, animals that are illegal in your state, or hybrids are ineligible for coverage.

Are there any discounts available for Nationwide pet insurance?

Nationwide offers discounts for existing Nationwide customers and for insuring multiple pets. It also has preferred pricing for those who purchase insurance through your employer.

How We Evaluated Nationwide Pet Insurance

To evaluate Nationwide’s pet insurance, we examined the following factors:

We also compared Nationwide to other major insurers and reviewed third-party ratings.

Nationwide is best for owners of exotic pets or birds, and also for those that qualify for preferred pricing through their employers. It can also be a good option for customers that have homeowners or auto insurance through the company, since they can qualify for a discount on their premiums.

The company’s policies also come with a welcome perk to pet ownership: a free 24/7 helpline that puts you in touch with vets to discuss medical issues and decide if a physical visit is merited.

Nationwide policies also come with the option to receive only 50% reimbursement on your bills — a choice that will reduce your premiums significantly while still providing some coverage.

On the other hand, the company is unusual in offering no choice in deductible — all policies set that amount at $250. It also imposes payment limits on certain procedures, which could leave you financially short if you live in an expensive region for vet care or your pet’s case is more serious than the norm for that affliction.

Pet Insurance policies are out there for when your pet needs you the most
Keeping them safe and healthy is important. Nationwide can help you cover the cost of unexpected pet care. Click below to get a free quote.
Get a Free Quote