By Bill Saporito and Turner Cowles 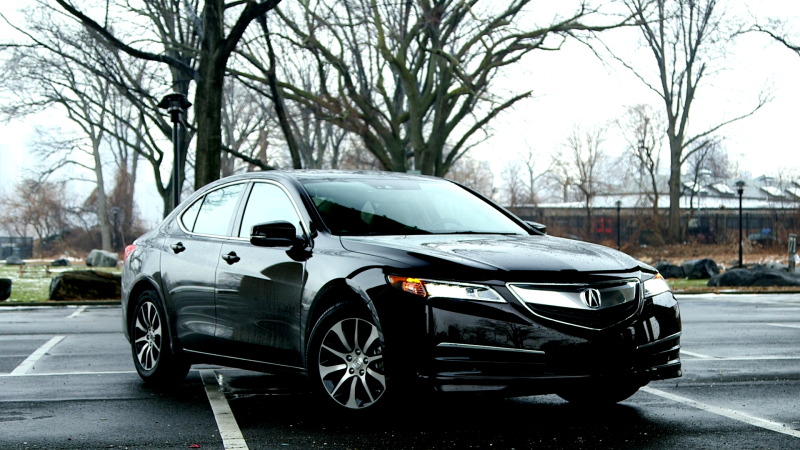 There, I just damned the TLX with faint praise. This is a perfect entry-level luxury car for people who don’t really get excited about luxury cars, or perhaps cars in general. If you want a well-made piece of machinery that will cushion you, protect you, that will smooth out the bumps on the road and not ask much of you, then you are an Acura type.

By the same token, don’t ask that much of the car. For instance, the standard model comes with 2.4 liter, 4-cylinder, 206-horsepower engine. Perfectly adequate, for sure, with thrifty 28-miles-per-gallon efficiency, but this is not the kind of power plant to get your heart racing, never mind your TLX. And let’s not blame the four cylinders either; there are plenty of small, brutish 4-pot engines out there. But Honda, Acura’s owner, has chosen the same engine for the TLX, which starts at $32,000, that it uses for the Accord, which rings in at about $10,000 less. Taking the bigger engine offered with the TLX — a V-6, nine-speed automatic that generates 290 h.p. — will add about $4,000 to the price.

That’s why having a choice of four driving modes on the TLX seems like a bit of a tease. Yes, it has a dual-clutch, eight-speed transmission with a torque converter, which suggests seamless shifting as the car accelerates. But that doesn’t help much in Normal, Economy, or even Sport mode, because the Acura is hardly a burner. Actually, the TLX is one of the few cars I’ve driven that benefits from using the paddle shifters in Sport+ mode. The response is noticeably better. Yet it’s hard to believe that many TLX drivers would opt for this paddle mode.

Our TLX came with the Tech package that pushed the sticker to $35,000. The Tech trim includes a nifty three-way rear-view camera that allows you to look down to see if there’s anything directly under the car as well as giving you narrow and wide angles. But there were some quirks, too, including blind-spot warning lights that weren’t located in the mirrors but off to the side. The navigation system seemed confused and at one point had us driving east into the East River when we were heading north. The stacked, twin screens on the dashboard didn’t help the situation, nor did the fact that for some operations you pushed a button on the dash while others required a touchscreen, or a combination. Operating the seat heater, for instance, required the touch of a button and then the touchscreen. Annoying.

Still, you take what the Acura gives you, which is not to be sniffed at. There’s that ride, for one. The TLX can make New York City’s axle-breaking, shock-shaking streets feel a little more like suburban pavement. On the highway, it is a rolling library, quiet enough for you to converse at a whisper. The Acura has two steering and handling features: one called Motion-Adaptive Electronic Power Steering, the other called Precision All-Wheel Steer, or P-AWS in Acura-speak. The first, tuned electronic steering, isn’t unique to Acura. But it is a benefit, and uses feedback sensors to tune the steering wheel to your driving, taking conditions into account. The P-AWS part is interesting: It angles the rear wheels 1.8 degrees to improve handling and stability through turns. That proved helpful in some slick spots.

You aren’t ever going to confuse the TLX with a BMW in the way it feels or rides, and maybe that’s the point. The Acura substitutes roomy for vroomy and adds comfort in both the front and the back. It’s what you’d call a true passenger car, and I mean that in the nicest way.