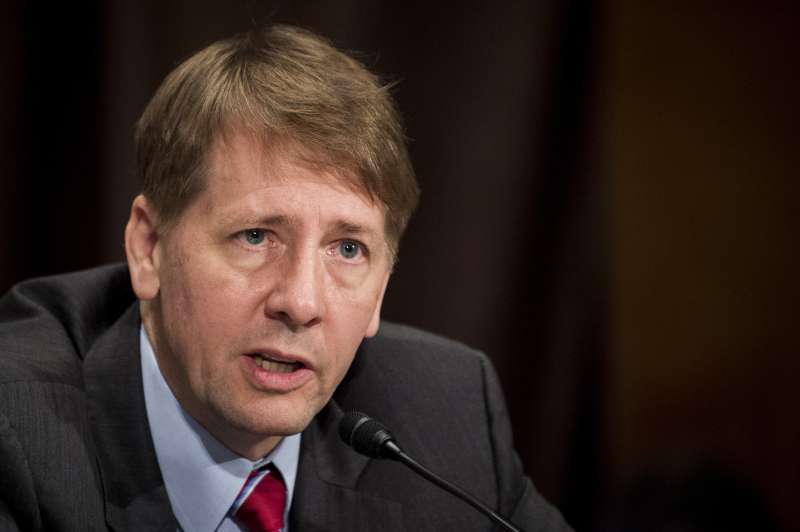 For millions of financially strapped Americans, the chasm between a bill due now and a paycheck coming soon is simply too wide to bridge.

That’s largely why 12 million people a year find themselves at storefront payday lenders, asking for a short-term loan—and spending about $9 billion in related fees for the privilege, according to Pew Charitable Trusts.

Those lenders, whether small shops or part of larger chains like Check Advance and Cash Express, tend to charge sky-high interest and leave borrowers stuck in a cycle of repeated loans and high fees. While the average payday loan is about $375, Pew finds, it generally takes borrowers five months and $520 in fees to pay them off.

Indeed, a majority of people repeatedly roll over or refinance their loans, with about a fourth of all payday loans re-borrowed nine or more times, according to the Consumer Financial Protection Bureau.

The new rule—rolled out Thursday and slated to take effect around mid-2019—puts more responsibility on anyone making a short-term loan, whether banks and credit unions or traditional payday storefront operators, to first determine if borrowers can even afford the repayment. In particular, lenders must now verify borrowers’ income and check their other financial obligations, including rent, child support, and student loans.

“Too often, borrowers who need quick cash end up trapped in loans they can’t afford,” CFPB Director Richard Cordray said in a statement Thursday. “The rule’s common sense ability-to-repay protections prevent lenders from succeeding by setting up borrowers to fail.”

The rule also takes aim at other lender practices. In one provision, it restricts payday lenders from trying to withdraw payments from a consumer’s bank account once earlier attempts have failed. Those repeated attempts can rack up overdraft fees for borrowers—making it even harder for them to repay the outstanding loan.

“The payday lending industry preys on the most vulnerable among us,” Karl Frisch, executive director of consumer protection group Allied Progress, said in a statement.

The banking industry, on the other hand, blasted the new rule— which would “drive Americans to pawnshops, offshore lenders, high-cost installment lenders and fly-by-night entities,” the Consumer Bankers Association said in a statement.

While the new CFPB rule will apply to payday loans, auto title loans, deposit advance products, and longer-term loans with balloon payments, it does carve out some exceptions. A short-term loan under $500, for instance, is not required to meet an affordability test as long as “it is structured to allow the borrower to get out of debt more gradually,” according to the rule. The affordability test also does not apply to any lender that makes fewer than 2,500 payday loans per year.