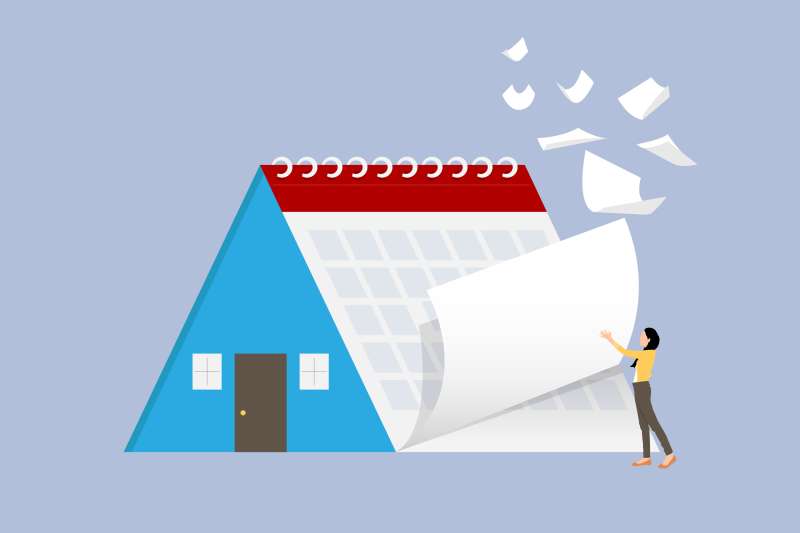 Like many American homeowners, Jason Krueger refinanced his mortgage last year. The move reduced his interest rate by almost a full percent, shaved $268 off his monthly interest costs and will allow him to pay off his home more than a decade earlier.

“We were able to go from a 30-year loan at 3.375% to a 15-year at 2.5%,” said Krueger, a certified financial planner with Ameriprise Financial. “Our required monthly payment only went up slightly, but we’ll save a significant amount in interest each month.”

Krueger’s choice is one that more and more homeowners have made in recent months, particularly when refinancing. In fact, according to policy research organization the Urban Institute, 15-year loans accounted for nearly 17% of all loan originations in October 2020. That’s up from just 10% a year prior.

The surge in popularity is largely due to the ultra-low interest rates that short-term loans currently offer.

“Due to the pandemic, mortgage rates fell to the lowest levels in U.S. history, and with that, 15-year mortgage rates have become incredibly more attractive,” said Matt Weaver, vice president at CrossCountry Mortgage in Boca Raton, Fla.

The savings — and costs — of a 15-year mortgage

The biggest advantage to choosing a 15-year loan is lower interest costs.

Why are shorter-term rates so much lower? According to Glenn Brunker, president of mortgage lender Ally Home, “Lenders view these shorter-term loans as less risky investments.” And in the mortgage world, the lower the lender’s risk, the better the interest rate.

Lower rates aren’t the only perk to 15-year loans, though. Shorter-term loans also allow homeowners to rid themselves of mortgage debt much faster. That can mean an earlier retirement or a more aggressive savings or investing strategy later on.

“Many Americans are forced to continue to work well into the later years in their lives because of the need to pay their mortgage,” said Eli Sklar, a senior loan consultant with mortgage lender LoanDepot. “People are feeling and recognizing that they want to retire earlier on in life and paying off a mortgage more rapidly with a lower rate will effectively allow that.”

“The biggest drawback to a 15-year versus a 30-year mortgage — for initial homebuyers and those looking to refinance — is the monthly payments will be higher even with mortgage rates at or near record lows,” said Jeff Taylor, co-founder of mortgage tech provider Digital Risk. “That eats into disposable income.”

There’s also the issue of qualifying for a 15-year loan. Due to their higher risk — not to mention the higher monthly payments they come with — lenders tend to be stricter with 15-year borrowers.

According to Brunker, borrowers will need to meet “more stringent financial criteria” than they would have needed on a 30-year loan. This could mean needing more income, a lower debt-to-income ratio or a higher credit score.

Refinancing to a 15-year mortgage

Generally speaking, 15-year loans tend to be more common with refinancers than buyers. In most cases, refinancing homeowners have already paid down a good portion of their mortgage. That lower balance means more manageable payments — especially if the new loan has a lower interest rate than their existing one.

Refinancers are also familiar with making mortgage payments. If they’ve been in the home long enough, inflation or income gains may make their old payment easily manageable. So those higher costs? They’re likely not as intimidating as they are for a buyer — particularly a first-timer making the jump from a small monthly rent to a much larger mortgage bill.

“When people take out a mortgage to buy a home, there is usually a monthly housing payment increase from what the buyers are used to paying,” Sklar said. “To lessen the jump in monthly payments, they opt to take the option with the lowest payments — a 30-year fixed loan.”

Still, that doesn’t mean that buyers can’t use a 15-year loan if they want. Nor does it mean every refinancer should take on a shorter-term loan. It all boils down to math.

If you’re eyeing a 15-year loan, you’ll first want to look at the monthly payments. Are they doable given your income, budget and other expenses? Make sure to factor in the additional costs that are often added onto your monthly mortgage payment — things like property taxes, home insurance premiums and mortgage insurance. These will eat into your cash flow as well.

“Deciding between a 15- and 30-year fixed is really about being comfortable with the payment,” said Melissa Cohn, executive mortgage banker at William Raveis Mortgage.

Adding, “In today’s crazy world, some may see it as safer to have the lower payment of the 30-year in case they were to run into any hardships in the future, while others welcome the opportunity to pay the loan off faster.”

The interest rate should also play a role in your decision. Use a mortgage calculator to calculate the total interest costs on a 15-year loan and a 30-year loan based on current mortgage rates. Understanding how much each mortgage will cost you over time can help you make the best decision for your finances.

Finally, if you’re refinancing your loan, you should also consider the breakeven point — or the point at which you save more than you spent on the refi. Krueger, for example, paid $1,300 in closing costs. Given his interest savings of $268 a month, he’ll break even in just under five months.

To determine your breakeven point, start with your closing costs and work backward (closing costs for a refinance usually come in around 2% to 5% of the loan amount, if you don’t have an exact number to work with.) Then, divide those costs by your monthly interest savings. How many months will it take you to recoup the money? If you plan to be in the home that long, it’s probably a safe bet to move forward.

Keep in mind: You’ll typically break even faster on a 15-year loan than you would on a 30-year loan, simply due to the added interest savings. It’s just another reason why a short-term loan may be a smart option.

Other options for fast mortgage payoff

If you’re hoping to pay off your loan faster or save on interest, a 15-year loan isn’t your only choice. Many pros say there’s another option: Simply make extra payments on a 30-year loan instead.

“Paying extra on a 30-year mortgage enables a homeowner to make the equivalent payment of a 15-year mortgage, but enjoy the safety and comfort of a lower monthly payment in case they encounter an unexpected emergency or expense in any given month,” said Rick Seehausen, chief operating officer of Cherry Creek Mortgage, a mortgage lender headquartered in Greenwood Village, Colo.

Depending on your budget, “paying extra” could mean a number of things: Adding more to each monthly payment, making one single extra payment each year, or even just putting sudden windfalls toward the loan — things like tax refunds and holiday bonuses, for example.

Another option — at least for refinancers — is to refinance into another 30-year loan, enjoy the lower interest rates, but keep making the same higher payments as before. Since you’re already comfortable with the payment, you’re not putting any additional strain on your finances.

As Krueger explained, “This will allow them to pay the loan off faster and reduce their interest expense, while still keeping the flexibility to reduce their monthly payment if cash flow gets tight.”

Procrastinators, It’s Not Too Late to Refinance Your Mortgage and Save Thousands

Mortgage Rates Are Near Record Lows. But What Does It Take to Actually Qualify for a Sub-3% Loan?

Buying Mortgage Points Can Lower Your House Payments. But What the Heck Are They?