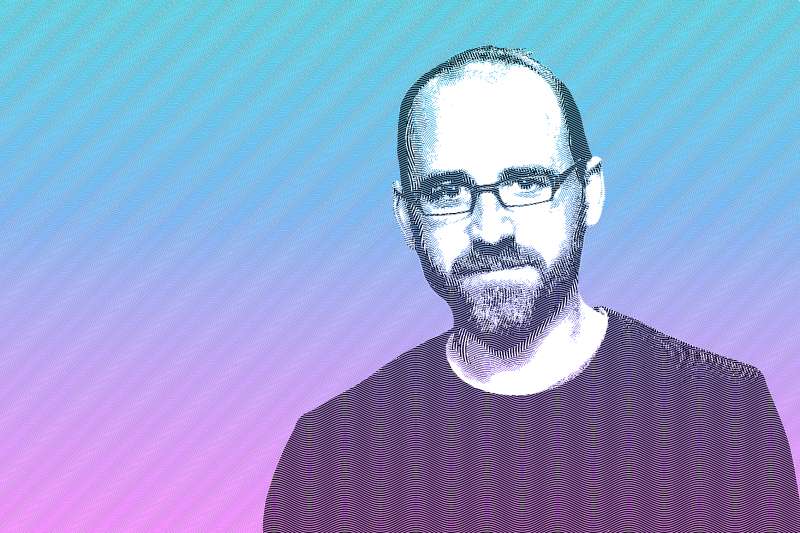 Roman Mars started out in public radio, used Kickstarter to help make his show 99% Invisible a cult sensation, and leveraged that success into an entire podcasting network called Radiotopia. Now partnered with distributor PRX, he’s reinventing the way independent audio journalism gets made in the podcast era with a unique fundraising campaign that’s already attracted backing from thousands of fans. Mars is all about storytelling—but he’s not afraid to talk money. He’s the first guest in our new “Talking Money” series.

Given how important fund-raising has become to your career, does thinking about money take over your life?

It kind of does. I wouldn’t call it a drawback of success – in a way, solving that problem is pretty interesting to me. But it does become more of my time: Making sure our producers and reporters have jobs. That can be really unnerving, because as a freelancer, my superpower was: “If this doesn’t work, I can always live on nothing.” Because I’d always lived on nothing.

And what is the status of that superpower these days?

I’ve lost some of my superpower, for sure. And you know, now I have kids. I actually make a car payment. Things like that.

But the fact that I’m still thrifty makes me glad I came from where I did. My wife and I are total cheap dates. I don’t have a lot of desire for fancy things. And while I want Radiotopia to grow and have more of an audience, I just need it to be a good little business—I don’t need, like, startup-style growth, or have it be a media empire or something.

All of that makes “the ask” easier for me. I was asked to do a talk for a private company recently. And I charge a lot for those things—I’m really busy, so I make sure they’re worth my time. They said, “We don’t need your whole hour talk, just a half hour.” Well, that doesn’t make any difference to me. So I said: “You guys are doing pretty good. We’re independent artists, and I’ll tell you, if you devote your budget to people like me, you’ll feel good about how you spent your money.” They wrote back and said, “I like your spirit!” So I got the full fee.

Yeah, but I’m fearless about it because I have ongoing support from the audience and advertisers. Two or three years ago, I would have been so desperate not to lose that talk that I wouldn’t negotiate.

But I still have a real fear of debt. I’ve always been broke, but I’ve never been in debt.

People who are really comfortable with money, and will probably be really rich some day, I have a feeling their relationship with debt is like, “That’s how you make money.” I do not have that. I don’t think I’ll ever own a house. I just can’t imagine it. And I know that’s wrong!

Are you curious about other people’s money habits?

My big thing was going from being a 1099 contractor to a business owner. I’m still not used to that. It’s an education I just don’t have – a financial education. I guess it’s the area of the world where I feel the most lost.

So I wonder about how others handle that transition – do they just offload all of it? Or do they stay closely involved? Radiotopia was a project that I never expected to do as well as it has, it was never organized to be the thing that it is now. I have a feeling a lot of people are in situations like that.

The funny thing is I’m often cast in this world as “the public radio business guy,” because I’ve learned how to raise money. That to me is so ridiculous. It’s a part of my life I find very uncomfortable and new. I mean, nobody says, “Well, I’m good at business — so I’m going to go into public radio!”

This interview edited for length and clarity. Rob Walker (@notrobwalker) is a contributor to Design Observer and The New York Times.