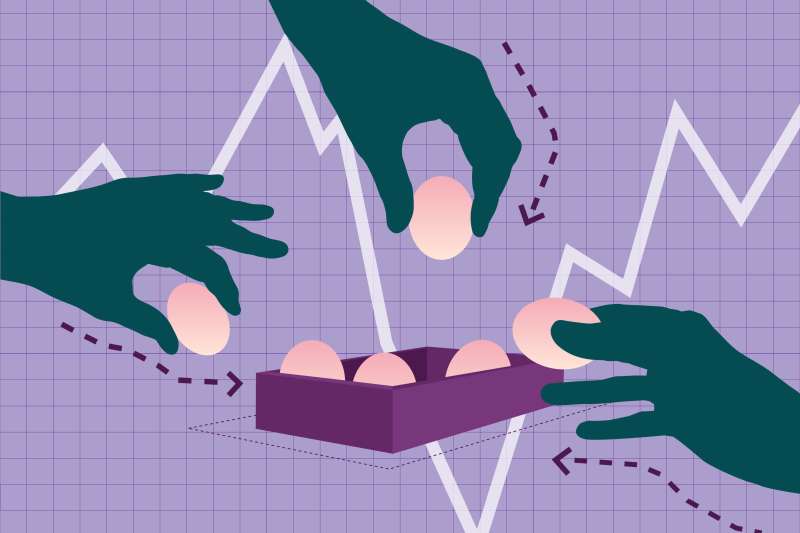 If you’ve been thinking about converting your traditional IRA into a Roth, this could be the year to finally do it.

This type of retirement savings account is appealing because of its tax treatment. A traditional IRA (individual retirement account) is tax deferred — that is, investors receive a tax deduction on the money they contribute, then owe taxes when the money is withdrawn. A Roth IRA allows for the opposite: you pay income taxes on the money you contribute, but then can take it out tax-free.

Is it a move you should make before the year is up? For your conversion to count toward the 2020 tax year, you’ll need to make it by Dec. 31.

The best time to open a Roth account is today.
There's no time like the present to begin preparing for your retirement. Click on your state now to find out more.
Open a Roth Account

Why a Roth conversion may make sense in 2020

Millions of workers suffered from job loss and wage reductions this year. If you’re among them, your income is likely lower than in past years, which — since you need to pay income tax on the amount you convert — would reduce how much income tax you pay when making this change.

“If you have a stable emergency fund and can afford to budget for the taxes due on the conversion, now may be a good time to convert,” says Kelly Welch, certified financial planner and wealth advisor at Girard in King of Prussia, Penn.

Another reason to consider a conversion sooner rather than later is the current state of income tax rates.

The Tax Cuts and Jobs Act signed into law by President Donald Trump in 2017 reduced individual income tax brackets. But those income tax provisions expire in 2025 and, unless there is further legislation to keep the tax cuts in place, the tax brackets are set to revert back to their prior, higher levels. That means, again, the tax you’d pay on a conversion could be lower now than it will be down the road.

Keep in mind that you can’t contribute to a Roth IRA if your income is at or over the limit. The Roth IRA income limits for 2021 are $140,000 for single tax filers and $208,000 for married people filing jointly. (A conversion is not the same as a contribution.)

Does a Roth IRA conversion make sense for you?

That deadline aside, a conversion could be optimal for savers who generally believe their ordinary income tax rate is lower now than it will be in the future. So consider whether you’re in the prime of your career, or have room to grow (and more money to make). If you believe your salary will increase down the line, it might make sense to get your tax obligation out of the way now, when you’ll owe less.

A conversion might also be a good option for savers who accumulate the majority of their wealth in a traditional IRA, Welch says. If the bulk of your retirement savings is in a traditional IRA, you’ll face large required minimum distributions (RMDs) when you reach age 72. These are withdrawals from your traditional retirement account that you need to make every year, and pay income tax on, whether or not you need the money to live on. While traditional IRAs and 401(k)s have these mandatory withdrawals, Roth IRAs do not. With a Roth, your money can continue to grow in the market. If there’s anything left over, it’s easier for heirs to inherit a Roth than a traditional IRA.

Generally, the longer a time horizon until retirement, the more a Roth conversion makes sense, says Jack Cintorino, a financial planner at Janney Montgomery based in Alexandria, Va. That’s because it may take years before the taxes you pay upfront will be recouped by your tax savings when you withdraw. (One exception to this is the window between the time you retire and when you turn 72, when your RMDs start. Many people’s income falls during this time, dropping you temporarily into a lower tax bracket, and that can be a good time to do a conversion.)

Remember that the amount you convert is counted as income, and increasing your income could impact your deductions, credits, exemptions and, — for retirees — taxes of Social Security benefits and some Medicare premiums, Cintorino adds. If you want to avoid a large conversion that will push you into a higher tax bracket, you can convert just some of your account this year, then do more next year.

“It’s not an all or nothing,” Cintorino says.

Make your retirement plan work for you by investing in a Roth IRA.
Roth IRAs allow you to save money for retirement, while providing the flexibility that traditional retirement plans lack. Click below to learn more.
Get Started Today