Second Stimulus Checks: What to Know About the $600 Amount, Eligibility, Payment Timeline and More 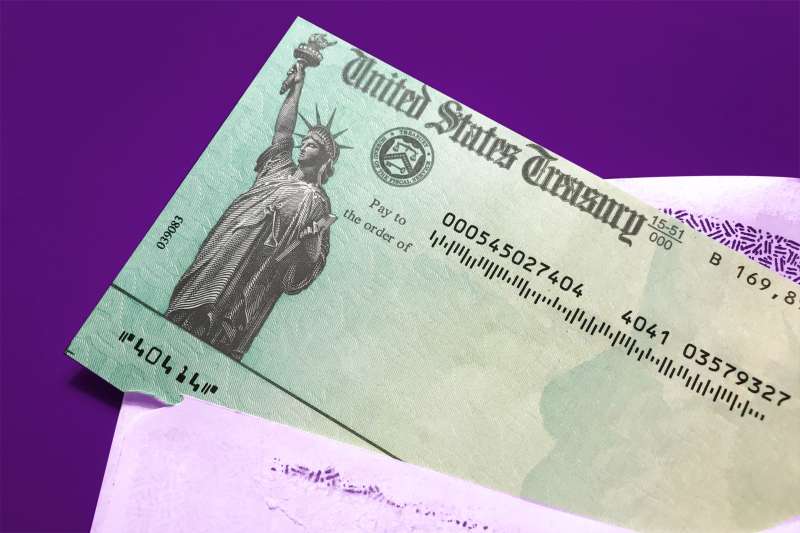 Nine months after approving $1,200 payments to help Americans weather the coronavirus crisis, lawmakers have done it again — kind of. On Sunday, President Donald Trump signed a coronavirus relief package into law that includes a second round of stimulus checks in the amount of $600 per person. The move comes after days of uncertainty around the legislation stemming from the president’s suggestion last week that he may veto the bill, which he said should include $2,000 stimulus checks for adults.

You probably have more questions than answers at this point, so we’re here to help. Here’s everything to know about the second round of stimulus checks.

How much will the second stimulus check be?

While stimulus checks are coming, there’s still debate around whether the $600 included in the relief bill is the right amount. While Trump signed the bill that included $600 checks for adults, he’s continued to push for increasing the payments, including in a statement Sunday night. The House of Representatives is expected to vote Monday on a standalone bill that would increase the payments from $600 to $2,000, but it’s not clear that enough Congressional Republicans would support the measure for it to pass both chambers. In his own statement Sunday night, Sen. Mitch McConnell, R-Ky., did not mention whether the Senate would consider changing the amount of the checks.

It took lawmakers months of debate to settle on that $600 amount.

Earlier this month, Treasury Secretary Steven Mnuchin proposed a $916 billion package that included $600 direct payments. Then, Sen. Josh Hawley, R-Mo., and Sen. Bernie Sanders, I-Vt., teamed up to introduce their own plan, demanding $1,200 per person, $2,400 for joint filers and an extra $500 per dependent. The White House, meanwhile, told the Post that “direct payments to American workers continue to be a high priority of the president’s” without specifying a desired dollar figure.

A High-Yield Savings Account could be the best thing for your Stimulus Check.
If you're looking toward the future, saving money with high-yields will benefit you in the long run.
Open an Account Today

Why is the second stimulus check only $600?

Good question. The original $1,200 number was thought to be linked to federal minimum wage. It roughly equals $7.25 an hour times 160 hours of work in a month. The $600 sum is half of that, of course, but also matches the weekly enhanced unemployment checks approved by the CARES Act earlier this year.

The two parties have spent months fighting over the overall cost of the package and how targeted the relief should be. Just days before Democrats and Republicans agreed on the final package, as negotiations were winding down, Trump was privately pushing for stimulus checks of up to $2,000.

Earlier that week, the Post reported that lawmakers decreased the bill’s unemployment benefits in order to provide stimulus check money.

The tradeoff immediately sparked backlash from Democrats on social media. Rep. Alexandria Ocasio-Cortez, D-N.Y., criticized the situation as “barbaric,” while Sen. Ron Wyden, D-Ore., tweeted that “the notion that Congress can’t give Americans direct checks AND unemployment benefits is a lie.” The $600 figure, meanwhile, was widely deemed as insufficient and inspired several outraged stimulus check memes.

Who gets another stimulus check?

Eligibility for the second stimulus check will likely be the same as the first, but with a few key changes. This time around, children are eligible for the same benefit amount as adults, and families where one spouse has a valid Social Security number but the other doesn’t are eligible, according to the Tax Foundation. If you’re a citizen or what the IRS calls a “resident alien,” you’ll get an economic impact payment. Incarcerated people, seniors and Americans living outside the country qualify, as well.

If you have kids, you can expect an extra $600 per dependent.

Whether you need to use your stimulus check now or save it for a rainy day, BBVA has you covered.
BBVA's checking accounts generate interest and offer you plenty of rewards programs to keep more money in your wallet.
Open an Account Today

When is the second stimulus check coming?

It’s no secret the IRS had trouble sending out the first round of stimulus checks this past spring. (Remember the $1.4 billion it gave to dead people?) But months into the pandemic, and with some 160 million successful payments under its metaphorical belt, the agency is now equipped for it.

Last time, about two weeks passed between when Trump signed the CARES Act into law and when the first stimulus checks hit taxpayers’ accounts via direct deposit. When talking timelines in August, Mnuchin said he could distribute a second round “really quickly,” in possibly as little as one week.

After Congress had reached tentative agreement for the second stimulus package, Mnuchin said on CNBC that people would begin receiving their $600 checks “at the beginning of next week.” That would mean starting around Monday, December 28, but that was before the delay in signing the bill into law.

How do I get a second stimulus check?

The first time, payments were automatically sent out to eligible Americans who filed tax returns for 2018 and/or 2019. Most people didn’t have to do anything, especially if the IRS had direct deposit information on file for them. People who weren’t required to file tax returns, including Social Security recipients and railroad retirees, were asked to use the Non-Filers tool to enter their data.

It’ll probably be the same this time around, with a caveat: If you received an initial stimulus check, then it’s safe to assume the IRS has your contact information and will be sending you the money. The fastest way to get your stimulus check remains direct deposit. Otherwise, you’ll have to wait for a paper check to arrive in the mail.

The IRS is urging you to file your 2019 tax returns immediately.
File it ASAP with TurboTax. They can help complete your tax returns with your direct deposit information.
File My Taxes

What if I never got the first stimulus check?

First of all, remember that the IRS is still sending them out. According to its website, stimulus checks will continue to be distributed through Dec. 31. Use the Get My Payment tool to see the status of your stimulus.

If you were eligible for a stimulus check but never received one — or you got one but in the wrong amount — you can rectify the situation on your 2020 taxes. When you file in 2021, you should be able to claim the Recovery Rebate Credit. It’ll either increase your tax refund or decrease the tax bill you owe.

Can You Track Your Stimulus Check?

While the Nation Waits for a Second Stimulus Check, a Florida County Is Giving Residents $5,000 to Pay the Bills