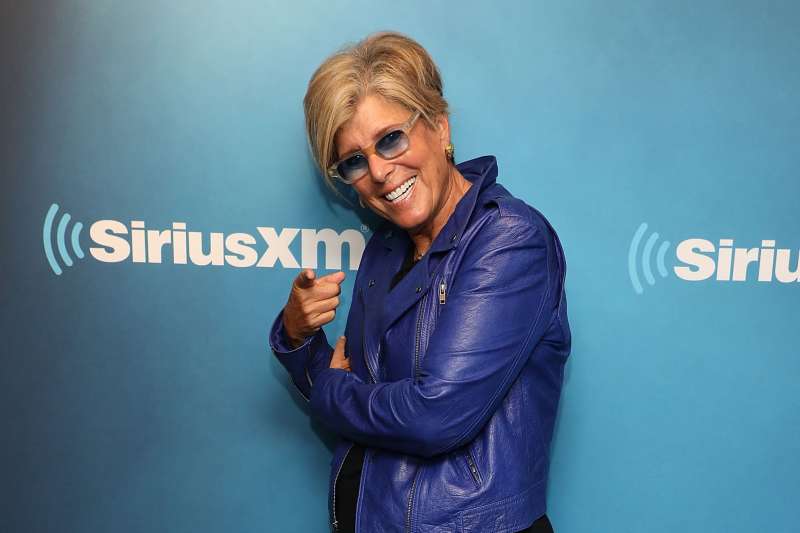 It’s one of the biggest no-nos in personal finance, but Suze Orman is telling federal workers to consider taking out a loan from their Thrift Savings Plan (federal government workers’ version of a 401(k) or 403(b)) if they can’t pay their bills as the government shutdown grinds through its fourth week.

“This will be the first time in the history of my entire career that I am telling anybody to even consider this,” Orman says on a special episode of her Women and Money podcast on Sunday. “But if you don’t have the money to pay your bills, if you don’t have any way to feed your children, then you might want to consider taking a loan from your retirement account.”

Orman and other experts typically frown on borrowing from your Thrift Savings Plan (TSP), 401(k) account or equivalent. Not only do you risk taxes and penalties if you don’t repay the loan according to the terms (generally, loans must be repaid, with interest, within five years) but you also lose out on any market gains that money would have earned if it had stayed invested during that time. So even when the money is completely repaid, you usually wind out behind.

But this is an “emergency situation,” Orman says, and drastic times sometimes call for drastic measures. Some 800,000 federal workers have missed a paycheck as the White House and Congress fail to reach an agreement on funding for President Donald Trump’s proposed border wall, with no end to the shutdown in sight.

“When you’re being held hostage by the U.S. government, you need to know your options,” Orman tells Money. And while government workers have an immediate crunch, anyone in any workplace who’s facing a job loss should be aware of which of these options may apply to them, Orman adds.

If you’re falling behind on your mortgage, car, credit card, or other payments, call your creditors to tell them you’re a federal worker, and ask for extensions, Orman says. You want to avoid incurring late penalties, if possible, since those can lower your credit score.

Older workers have more flexibility than younger ones with regard to TSP withdrawals — and 401(k) or 403(b) withdrawals as well. Workers who turn 55 this year and leave their jobs are eligible for penalty-free withdrawals after that. This so-called “Rule of 55” holds that employees who leave their jobs the year they turn 55 or older can then request a withdrawal without paying the 10% early withdrawal penalty that’s usually levied on anyone younger than 59 ½. (This rule doesn’t apply to IRAs.)

If you’re 59 ½ or older, you can generally withdraw money penalty-free regardless of whether you’re still working or not, but check your plan for details. In both cases, you will still owe federal income taxes on any money withdrawn from traditional retirement accounts, and depending on where you live, you may owe state income taxes, too.

Another option for cash-strapped workers is to withdraw money from a Roth IRA, if you have one. These are the best retirement savings vehicles, Orman says, because of the flexibility they offer. The money in Roth accounts is taxed on the way in, so you don’t owe taxes when you take it out. So while IRA accounts don’t permit loans, you can withdraw money you contributed to your Roth at any time without owing taxes and penalties, regardless of your age (note you can only withdraw original contributions this way, not any gains that money made in the market). You can also withdraw money from your traditional IRA if you put it back within 60 days.

Before you touch any money in any retirement accounts, however, you should max out your credit cards first, Orman says. This is because credit card debt can generally be discharged in bankruptcy proceedings. (While Orman isn’t advising anyone to rack up a lot of credit card debt just to file for bankruptcy, it’s worth keeping this in mind since the shutdown could drag on, forcing more workers to consider bankruptcy.)

Money in retirement accounts, on the other hand, is generally shielded from creditors. That means that you can usually hang onto your retirement savings even if you file for bankruptcy. Protecting that money, and your financial security in retirement, should be a priority. But if you’ve already maxed out your credit cards, then tapping your or your spouse’s TSP, 401(k) or 403(b) is an option worth considering, Orman says. If you do this, make sure to repay the loan as soon as your paychecks restart, she adds.

One thing you should never do, according to Orman? Take out a payday loan, which typically comes with a very high interest rate. Also avoid taking a cash advance on your credit card.

And if you don’t already have an emergency fund, start building one as soon as your paychecks resume, Orman says. While some experts advise that you keep three to six months’ worth of living expenses in an easily accessed account to tide you over in emergencies, Orman tells Money that eight months is better.

Note: This story has been updated to include references to the Thrift Savings Plan, the federal government workers’ version of a 401(k).