7 Ways to Keep Your Tax Refund Safe From Thieves 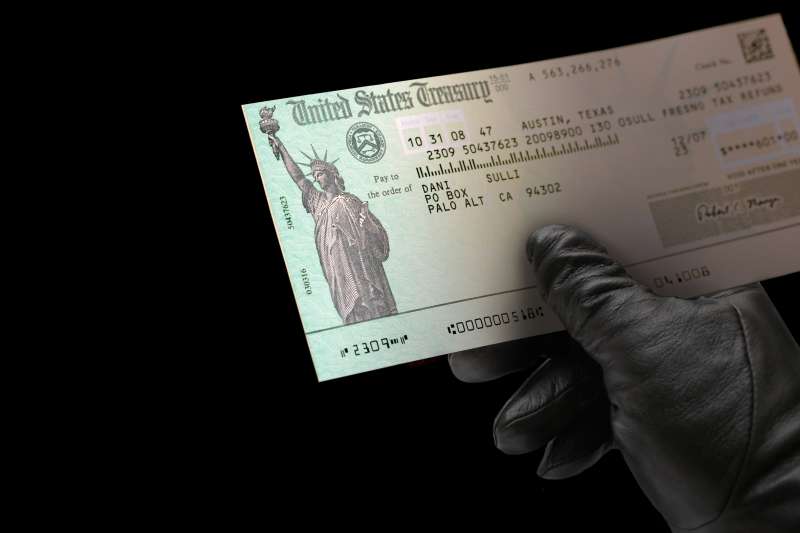 One group isn’t putting off that task. Identity thieves may have already filed a return in your name—and made off with your refund check.

In 2013, the IRS mistakenly paid out more than $5 billion worth of refunds to identity thieves, according to the Government Accountability Office. The agency estimates it stopped another $24.4 billion in attempted fraud, and the problem may be even bigger than that. Considering that most refunds are for a few hundred to a thousand dollars, that’s a staggeringly large number of false returns.

And despite the IRS’s efforts to fight fraud, tax-and-wage-related identity theft still made up a third of ID-theft complaints to the Federal Trade Commission last year.

One reason this kind of fraud can happen is that the IRS processes refunds as quickly as possible, typically within 21 days, and matches up the verifying information later. That way you don’t have to wait six to nine months for a refund.

When you file early, the IRS might not even have everything it needs to verify your information. Your employer must send you your W-2 income statement by the end of January, but it doesn’t have to file that information with the government until March. The IRS often doesn’t even begin checking returns against W-2s until July, meaning it can take a year or longer for the IRS to spot the theft, the GAO report found.

You can reduce you odds of becoming a victim by making these seven smart moves.

“You’ve got to beat the crooks to the punch,” says CPA Troy Lewis, chairman of the American Institute of CPAs’ tax executive committee. “Since January 20, it’s been open season, and they know that the first filer wins.”

Once the IRS receives a return with your Social Security number, the agency will reject any duplicate filings. So even though your return is the legitimate one, if it is second you will have to go through a verification process with the IRS.

If you owe money and want to delay paying as long as possible, file early anyway. You have until the April 15 filing deadline to mail you check regardless of when you submitted your return.

Elect to have all tax documents delivered electronically, including your W-2 and 1099s. If e-delivery isn’t for you, opt for a P.O. Box or locked mailbox. “Toward the end of January is prime time for this,” says Lewis. “Thieves know that’s when W-2s are sent out.” Be sure to destroy extra copies or old tax paperwork as well. All thieves need is your date of birth and Social Security number to file in your name.

The IRS is piloting an initiative, available to taxpayers in the tax fraud hotbeds of Florida, Georgia, and D.C., for a single-use, identity protection personal identification number.

To get the six-digit number, you need to register and verify your identity online. This PIN must be on all tax forms for your return to be processed, giving you an extra layer of security. Anyone who has had their identity stolen and reported it to the IRS will automatically receive a PIN annually.

The downsides: It’s another piece of information to remember and guard, and once you’ve opted into the service you can’t opt out.

This step is easy: Never file electronically over public wi-fi or a network that’s not password protected. Keep your antivirus software up to date and use a firewall.

Be wary of email or phone calls claiming to be from the IRS. An unexpected email from the IRS, notifying you about an outstanding refund or a pending investigation, say, is always a scam. The IRS will never initiate contact via email to request sensitive information.

If you do receive an email that appears to be from the IRS or the Electronic Federal Tax Payment System, forward the message to phishing@irs.gov. Don’t click any links within the email, even if the URL appears to be connected to the IRS website.

You should be equally suspicious of out-of-the-blue phone calls purporting to be from the IRS. Scammers typically say you’re entitled to a huge refund, or they may threaten you with arrest to get you to reveal personal information.

More sophisticated scammers may know the last four digits of your Social Security number and use that to win your trust, warns the IRS. Other scammers imitate the IRS toll-free number on your caller ID.

Three in five taxpayers will get help preparing their taxes this year, the IRS reports, but not all help is equal. Some shady preparers set up shop to snag your personal information or make off with your refund. And no matter who prepares your return, you’re responsible for what is on it.

Ask what professional organizations the pro belongs to. Check with the Better Business Bureau to see if complaints have been lodged against him or her. Make sure licenses are up to date and whether any disciplinary actions have been taken—this IRS guide lists which agencies supervise different kinds of pros.

“You want someone with a license, a reputation, a permanent shop,” says Chambers. “You’re giving this person all your information: your Social Security number, your bank routing number.”

7. Have Less to Lose

If you’re expecting a big refund this year, you have a lot of money at stake. By adjusting your tax withholding so that you get a small refund or even owe a small sum, any fraud-related delay won’t cause you as much financial hardship. “You don’t want to be dependent on this money,” says Lewis.