The Best and Worst Things to Buy at Olive Garden, According to a Former Server 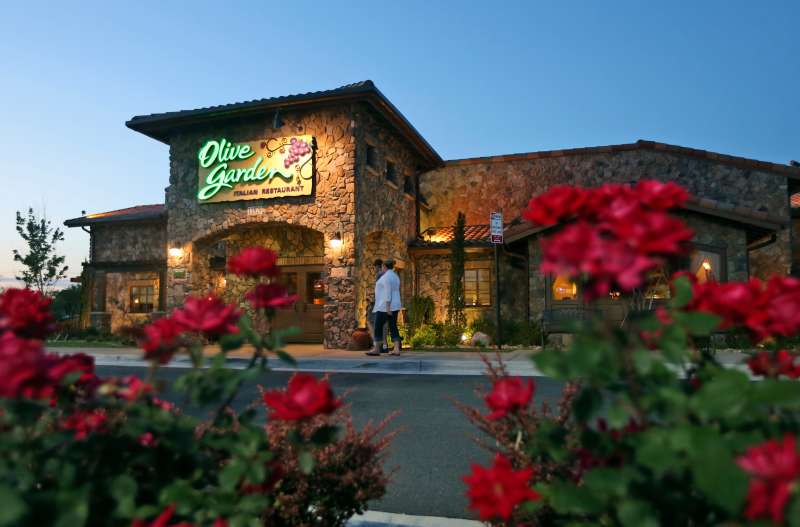 Olive Garden entices Americans everywhere with its giant platters of saucy pastas seen in its ads, not to mention the cultishly beloved breadsticks. The Italian-style chain is far from high dining, but some items on its menu can be surprisingly pricy. It’s also worth knowing how to get the most out of its heavily promoted deals. We talked to a former Olive Garden server about what to get and what to avoid when entering the family-friendly pasta temple.

“Olive Garden is a great place to have a family dinner,” says Luis Alfredo, 43, who worked as a server at one of the restaurant’s locations in Palm Springs, California. To stretch your dollar, he recommends getting a boatload of food for a group, starting with soup and salad, which come unlimited along with breadsticks for $14.99. Those soft, fluffy, warm breadsticks are more like mini-baguettes, which explains why people get fiendish for them. It can all get a bit filling, but that’s okay. When the bigger plates come, don’t be afraid to take home leftovers.

Pasta is always the way to go

The Olive Garden menu offers seemingly endless variations of pasta. It also has a handful of other entree options, which Alfredo advises skipping. “The main dishes can be expensive, and the meats are poor quality” for their prices, he says. Items like Herb-Grilled Salmon for $27.79 are better reserved for a different kind of restaurant. Instead load up on the carbs. Alfredo recommends the popular Tour of Italy ($25.99) pasta platter. You can also design your own pasta bowl for $14.99. Alfredo likes throwing chicken or shrimp on his noodles.

Indulge in all you can eat

Much better than an all-you-can-eat buffet served for too long in warming trays is getting endless rounds of food brought to you hot and fresh. Olive Garden touts a number of bottomless options, all of which are worth exploring. “It’s fun,” Alfredo says of the experience. In addition to the soup, salad, and breadsticks combo, the company occasionally rolls out its Never-Ending Pasta Pass, which bestows upon its holder eight weeks of unlimited pasta bowls. But you need to stay alert. The 2017 passes, at $100 each, sold out in one second. It should be noted, too, that you can’t share your unlimited pasta bowls with the table.

“Cheap wine” is the drink to get at Olive Garden, according to Alfredo. The chain actually has its own line of Porta Vita wines, which can be had by the glass for $6.50. The cocktails can run high and aren’t worth the dough, as “the bartenders aren’t really experienced,” Alfredo adds. There’s no infinite wine pass, sadly, but Olive Garden’s prices ensure you’ll feel full and then some without unloading your checking account.