The Psychological Trap That Could Quietly Kill Your Retirement 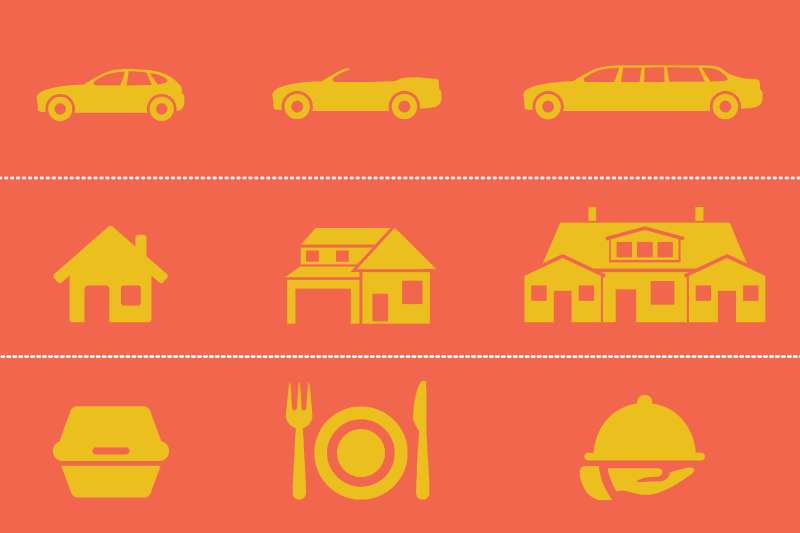 What’s the first thing you did the last time you got a raise?

If it involved buying a designer handbag or an $800 Lego set, you may want to think twice the next time you feel entitled to splurge after a paycheck bump.

When starting a higher-paying job or receiving a bonus, it’s only natural to want to reward yourself for working hard. But if you start spending all the new money you’re making, you’ll end up in the same situation you were in before your raise, with no additional savings to show for it. There’s a term for this dollar-in, dollar-out mentality–“lifestyle inflation”–and financial advisors call it a huge missed opportunity that could damage your financial security in retirement.

“It can be subtle, but America is a consumption-based society,” says Peter Creedon, a certified financial planner and CEO of Crystal Brooks Advisors, with offices in Manhattan and Mt. Sinai, N.Y.. “The mentality, ‘I want to show that I’m doing well and I can afford this’ has become acceptable and the idea of ‘buy now, pay later’ has become entrenched.”

Advisors say Americans should aim to save approximately 10 times their income for retirement, but the median retirement account balance was just $26,331 in 2017, according to a report from Vanguard, which means most of us aren’t saving nearly enough. To be sure, some people aren’t making enough to save; but plenty of us are, and we just aren’t making it a priority. Something else is eating up Americans’ hard-earned money.

Lifestyle inflation is something most of us have been guilty of at some point in our lives. Thanks to a raise, you can finally afford that Caribbean vacation or a big-screen TV, so you buy it. Or you go even bigger and you buy a new house, which is harder to maintain than the old one, so you hire a cleaning person and a landscaper to come regularly to help. Before you know it, you’re locked into higher spending patterns, and you’ve lost any opportunity to save part of that extra money you’re making.

Many Americans fall victim to lifestyle inflation because they feel pressure to maintain appearances and “keep up with the Joneses,” especially in the age of the social media. One in four Americans reported feeling envious “after seeing someone posting about a purchase or vacation on social media in the past year,” according to a 2016 study conducted by the American Institute of Certified Public Accountants, and almost 40% of Americans said seeing other people’s purchases and vacations on social media prompted them to “look into a similar purchase or vacation.”

But if you don’t start saving more money as you make more, it’s easy to fall behind: you may never have the chance to make up the difference. Not only that, but you miss out on the compound interest that extra savings would have earned, too.

While it’s tempting to to treat yourself, try increasing your 401(k) contribution rate immediately following your raise. That way you won’t get used to the fatter paycheck, and the additional spending power it holds. “The people who take a longer-term view of their finances tend to out balance better in the end,” Creedon says.

The things you should do first after a raise aren’t as exciting as new purchases — quite frankly, they can be boring. But they matter. In addition to your 401(k), raise your monthly deposits to your IRA, pension or brokerage accounts. If it’s your thing, you’ll have plenty of time to watch TV and go on vacation when you’re retired.

If you’re already contributing the maximum amount to your retirement accounts–for 2019, the max you can contribute is $19,000 to your 401(k) and $6,000 to your IRA, with additional “catch-up contributions” allowed for those 50 and over–consider making one extra mortgage payment each year moving forward, Creedon suggests. The benefits are twofold: you’re building more equity in your home while knocking a few years off your payment schedule. The same can apply to other kinds of debt, like student loans.

Write down what you plan to do with your bigger paycheck to hold yourself accountable, says Creedon. It might sound trite, but it’s true: “If you have a plan in your head, it’s a wish. If you write it down, it’s a plan,” he says.

Wanting to have what your neighbor has is a normal reaction to finally having more money in your back account. Having a one-on-one conversation with your partner or friend about what is essential and what is superfluous to your lifestyle can help you realize when you’re spending too much (and saving too little for retirement in the process), says Matt Lundquist, a psychotherapist at Tribeca Therapy.

Lundquist suggests finding an app you like to help you stay on budget. Even millionaires tell him they “don’t know where it all goes.” At any income level, keeping yourself on the hook for a budget makes you conscious of what you’re spending, helping to eliminate lifestyle inflation and, ultimately, giving you the best shot at a comfortable retirement.