Getting Gifts at Work? How to Avoid Tim Kaine's Image Problem 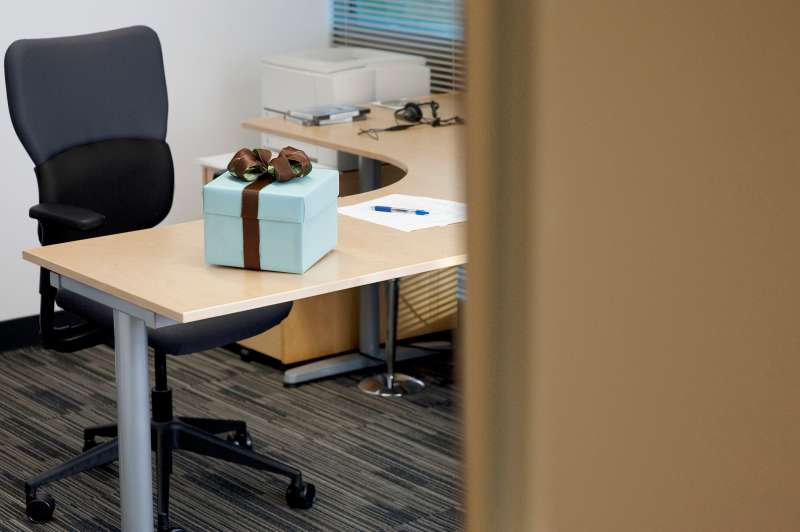 Picture this situation: A client sends you an expensive bottle of liquor at work — one you know you wouldn’t splurge on yourself. While it might seem harmless to accept what seems like a nice gesture — and perhaps even rude to decline it — you could regret that decision later, when your professional integrity gets called into question.

That scenario is similar to the one in which presumptive Democratic vice-presidential nominee Tim Kaine now finds himself. The former Virginia governor has come under fire for accepting gifts that arguably could have presented a conflict of interest.

For instance, the New York Times reports that Kaine accepted a ride on a private jet from a pharmaceutical company at the same time the company was lobbying him over issues related to drug sales. And a law and lobbying firm for Virginia’s small vineyards gave the governor four cases of wine in 2007 — the same year he signed legislation to create a new system for distributing wine produced by those vineyards.

It’s important to note that none of the gifts Kaine received — a total of $160,000 — violated Virginia law. Yet questions are still being raised as to whether the timing and value of the gifts may have influenced his thinking on certain policy issues.

Indeed, it’s not an unreasonable question to ask: In a 2010 survey from tax and business consultants UHY Advisors, 15% of employees surveyed said that a gift of any size would influence their professional decision-making, while 13% maintained that the gift would have to be “sizable” in order for them to be swayed.

And while free trips on private jets may be a rare offer, it’s far more common to see partners (or would-be vendors) sending along gift baskets, or inviting you to special events or nice dinners. Here are some tips for how to proceed the next time you’re offered a gift at work:

Many companies will have policies about gifts already set in place, said Barbara Pachter, a business ethics and communication coach, and author of The Essentials of Business Etiquette. Read the policy closely, taking particular note of any dollar limits or certain kinds of gifts that your employer would find objectionable for you to accept. Some employers will communicate such policies to vendors and clients, which could help you avoid awkward interactions with business associates.

More broadly, be cognizant of your company’s culture. Some employers will allow clients to take you out to dinner, for instance, and there are times like the holidays when accepting a bottle of wine from a client or a vendor may be standard.

2. Ask how others would view the gift.

If your company doesn’t have an explicit gift policy in place, you’ll have to make the decision on your own. One guiding principle: Consider how outsiders might view your decision to take a gift.

If you think anything about the timing or size of the gift could raise questions about your own ethical standards — or those of your company or division — that’s a red flag. “If it’s ever going to put you in an embarrassing situation, is it worth it?” Pachter says.

3. Make sure the gift has no significant value.

Another rule to follow: Make sure any gift you accept would not increase your net worth. That would make cash and extravagant presents off-limits, of course, but many teams set more modest limits.

Government employees, for instance, cannot accept gifts valued more than $20. And in one industry where questionable gift-giving practices have drawn extra scrutiny — medicine and pharmaceuticals — federal law has set clear parameters: As part of the 2010 Sunshine Act, makers of drugs and medical supplies must report all payments and gifts worth more than $10 that they provide to health professionals.

If you have any doubt about an offer you’ve received, consult your manager or a trusted senior mentor to discuss the situation. Do that, for instance, if a gift basket turns up at your desk — and then, if it’s seen as crossing a value threshold, you can ask whether you should ship it back, throw it out, or share it with your coworkers. (One caveat, Pachter points out: Make sure there are no company policies, such as a ban on alcohol consumption, that might affect sharing of the basket’s contents.)

If similar questions tend to recur, volunteer to help develop a gift policy for your employer, suggests Vicky Oliver, author of 301 Smart Answers to Tough Business Etiquette Questions. Such a framework will simplify such decisions in the future — for you as well as for other team members.

If your instincts tell you that accepting a gift would be inappropriate, decline in a clear but civil way. Pachter says she’s found most people will not be offended if you simply thank the person for the offer but say, “My company won’t allow me to accept.”

The same principle applies to social outings where a professional associate is offering to pick up a large tab for dinner or cocktails. Again, clear this with your manager first: If your company has the budget for such an expense, you might offer to pick up the bill for everyone. If covering the tab for everyone isn’t in the budget, ask the waiter to provide you with a separate check. “Whatever it is, don’t feel awkward or shy about following the policy,” Oliver says.