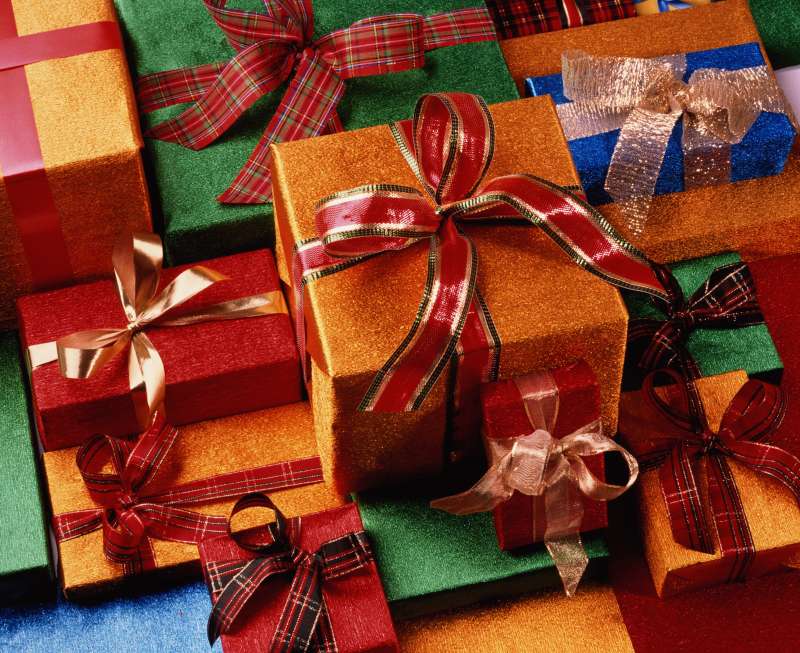 Last week a British mom—or mum, as they’re called in the U.K.—posted a photo of her Christmas tree to her 258 Instagram followers. Under that tree were about 300 presents. The image went into broad circulation, almost immediately the Internet went green with envy and judgment, gnashing its teeth with comments accusing the woman of awful bragging, ruining her kids via materialism, and “advertising to be burgled.”

CNBC reported that after the woman appeared on a morning talk show to speak about the controversial image, even more discussion of her gift-giving took off on Twitter with the hashtag #toomanypresents.

To make matters worse, the tabloids, not surprisingly, paired these comments and original photo with décolletage shots they found deep in Instagram, and paired it with rumors that she had her first child at 14, because they’re awful and trying to shame her.

Fortunately, she’s handling it all like a champ, keeping her head up and a delightfully British stiff upper lip. Her Facebook, “thebossmum,” calmly corrected the haters.

The real story here includes the fact that “thebossmum,” née Emma Tapping, has a blog about saving money (high five) and hunts down deals all year—and is probably teaching her kids about saving. Sure, it’s a boatload of presents, but come on, Internet. No one likes a backseat parent.