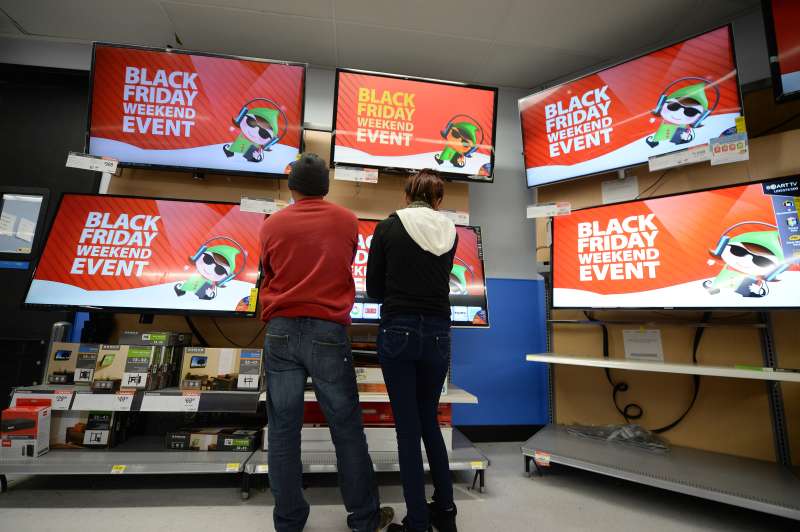 Walmart built its reputation on low prices — and it lives up to the hype every year with the rollout of the latest Black Friday deals. Last year at Walmart, Black Friday deals were strong in several categories, with big sales and major discounts on technology, media, toys, entertainment, kitchen appliances, and all manner of gifts.

Walmart’s main Black Friday event online starts the day before Thanksgiving, with deals available (until they sell out) from 10 p.m. ET November 27; in-store deals and doorbusters will be available at 6 p.m. (local times) on Thanksgiving evening. Walmart and most other retailers don’t emphasize in-store doorbusters as much as they did five years or so ago, which means you can get nearly all of the Walmart Black Friday deals online.

But are you also wondering, when does Walmart Black Friday end? Don’t mark your calendar, because it’s basically until the inventory runs out. (Walmart’s Black Friday flier specifies that prices are good all day Friday, while supplies last.)

Walmart also just revealed some awesome pre-Black Friday deals you can shop right this minute, and even more online deals went live a full week before Black Friday as part of Walmart’s pre-Black Friday bonanza. (When is Black Friday? It’s always the day after Thanksgiving. So it’s Friday, November 29, in 2019.)

Here are the best Black Friday deals you can score at Walmart, including several bargains available at Black Friday pricing before the big sales event arrives.

While most retailers match prices on a particular model, Walmart’s Black Friday Instant Pot deals are usually a little different because Walmart sells the LUX line in addition to the DUO line sold by many other retailers. (For most users, there’s not really enough difference to worry about; the LUX has fewer bells and whistles but it’s also priced accordingly, so your call.) Last year, Walmart had the eight-quart LUX80 on sale for $59. (That’s still a good deal, since this model is currently on sale for $79, down from the regular price of $99.)

For Black Friday 2019, shoppers can score the DUO60 for a seriously discounted price, and snag Instant Pot’s brand-new air fryer and blender, too.

Another hugely popular home category is vacuums. Last year, Walmart offered discounts on Shark Navigator and Dyson Cordless stick vacuums, and Walmart Black Friday 2019 deals include some major price rollbacks on stick vacuums and robot vacuums, including a discount even better than last year’s on a Shark Ion robot vacuum.

Walmart always gets into the holiday shopping game early: Last year, the Walmart Black Friday ad made its debut on November 8, and although the absolute best deals didn’t drop until the day before Thanksgiving, it offered some pre-Black Friday deals (starting as early as November 1) that were almost as good as the real thing, like a Samsung Galaxy Tab tablet for $50 off and a 16-inch convertible HP laptop for $170 off the list price.

The “Black Friday” deals at Walmart actually started even earlier this year. In late October, Walmart launched its “Early Deals Drop”, with online pre-Black Friday sales on TVs, home goods, toys, and a wide range of other gifts. Among the early Black Friday deals at Walmart.com that got us excited are:

Walmart shoppers can expect more deals to pop up weekly (or daily) through Black Friday, Cyber Monday, and the rest of the holiday period. Stay tuned and we’ll fill you in on all the breaking sale news.

For Walmart, Black Friday is a time to drop prices on big name brands in electronics of all sorts. There are a ton of markdowns on video game console bundles and accessories like controllers and headsets. Also, shoppers can get a sneak peek of the best Walmart Black Friday deals on wearables, audio equipment and other tech toys.

Smart home device deals also are popular again. Since Amazon’s Black Friday deals are sure to heavily promote its Echo line of smart speakers again this year, it’s not surprising to see deals on rival devices in 2019.