There's a Big Reason Walmart Just Raised Its Minimum Wage to $11. It Has Nothing to Do With Tax Cuts 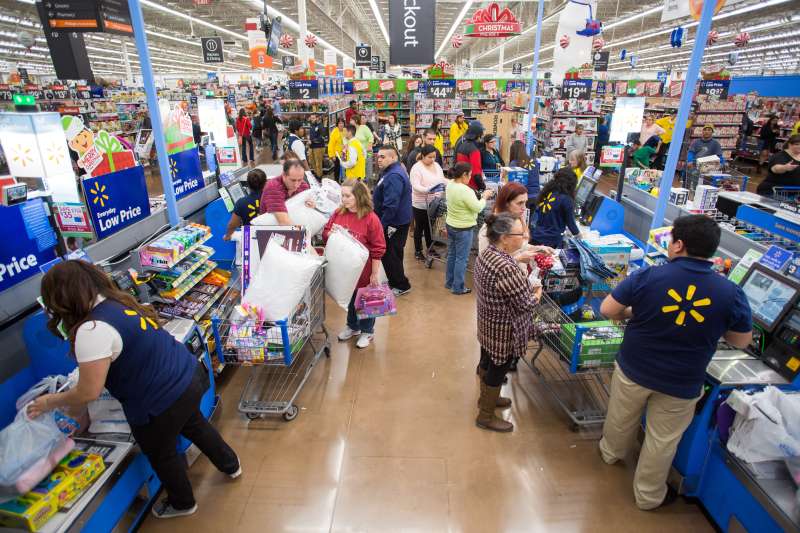 The company also expanded its maternity and parental benefits and said some employees would be eligible for a cash bonus of up to $1,000. “Tax reform gives us the opportunity to be more competitive globally and to accelerate plans for the U.S.,” the company said.

The move is certainly good publicity. (While President Trump hasn’t yet tweeted to crow about the move, past experience suggests it may only be a matter of time.) But taxes are hardly the whole story.

In fact, with unemployment at just over 4% and workers’ real wages finally rising after years of sluggishness, the giant retailer might not have had much choice, regardless of what transpired in Washington last month.

Indeed, Walmart had already raised its minimum wage to $9 an hour in 2015, and at the start of 2017 halved the length of the training period workers needed to complete in orders to get a raise to $10. And a Walmart spokesman acknowledged via email that the company had already planned an upcoming wage increase in “select geographies” — although he said there was no across-the-board hike planned prior to passage of the tax law.

One company putting direct pressure on Walmart is its superstore rival, Target, which raised its own minimum wage to $11 a little over three months ago. And if that didn’t put enough heat on Walmart, Target also said it plans to pay workers a minimum of $15 by 2020.

At the time, Target’s move prompted some observers to predict Walmart would react immediately. “The news that Wall Street analysts, bond investors and Wal-Mart’s competitors all feared on Tuesday didn’t happen,” wrote Investors Business Daily in mid-October. “The worry was that Wal-Mart, facing the same kind of wage pressures as Target amid 4.2% unemployment, would have to embark on a new round of pay increases.”

In other words, while Walmart employees should certainly be happy to take home a little more, whatever the reason, shoppers should take the verbiage from the company’s executives with a big grain of salt.