Why Workplace Shmoozing is Bad For Women, According to New Research 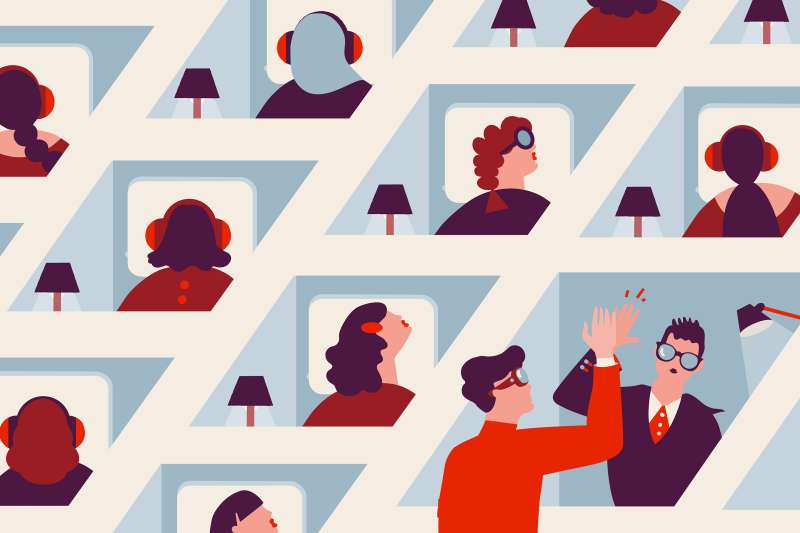 Do you lose when you don’t schmooze?

According to a new study by the National Bureau of Economic Research (NBER), there’s strong evidence that being social with a manager can boost your career. But this puts female employees at a disadvantage: 81% of women report that they often feel excluded from business lunches, happy hours, and other opportunities to build relationships with male bosses.

To put it another way: The “old boys’ club” is still going strong.

“Women face a disadvantage when climbing the corporate ladder,” says Ricardo Perez-Truglia, an assistant professor of economics at the University of California Los Angeles (UCLA) and the study’s co-author.

Male managers sometimes “become emotionally attached” to male employees, he says, which leads to more quality one-on-one time that can boost careers. For women, it’s not that easy.

To get a real-world sense of how socializing at work can lead to career advancement, Perez-Truglia and co-author Zoë B. Cullen, an assistant professor of economics at Harvard University, partnered with an undisclosed commercial bank in Asia, and followed the rotation of managers within different units, tracking how their bosses’ gender impacted their career trajectories.

This doesn’t mean that female employees don’t try to socialize with their bosses.

“Our survey data indicates that some female employees spend breaks with their bosses, and are also able to guess [things like] their bosses’ favorite sports team,” Perez-Truglia says. Still, those efforts don’t turn into promotions and pay raises at the same frequency as their male counterparts.

When the researchers looked at employee tenure, they found that male and female workers stayed at the bank for about the same length of time. But male employees with male bosses were able to climb the ladder much faster — and their salaries reflected that.

“Being passed for a promotion is definitively consequential for one’s paychecks,” Perez-Truglia says. “Two years after transitioning to a male manager, male employees ended up with 13% higher pay.”

What does this mean for women who find themselves shut out of the “old boys’ club?” Like it or not, Perez-Truglia says, it pays to play the game.

”Don’t waste opportunities to socialize … and create these opportunities if you can,” he says. “Get to know your manager, and give your boss the opportunity to learn more about you too.”

Need a Small Business Loan to Help Grow Your Business?
Select your state to get the capital you need to solidify your business plans.
Start Now