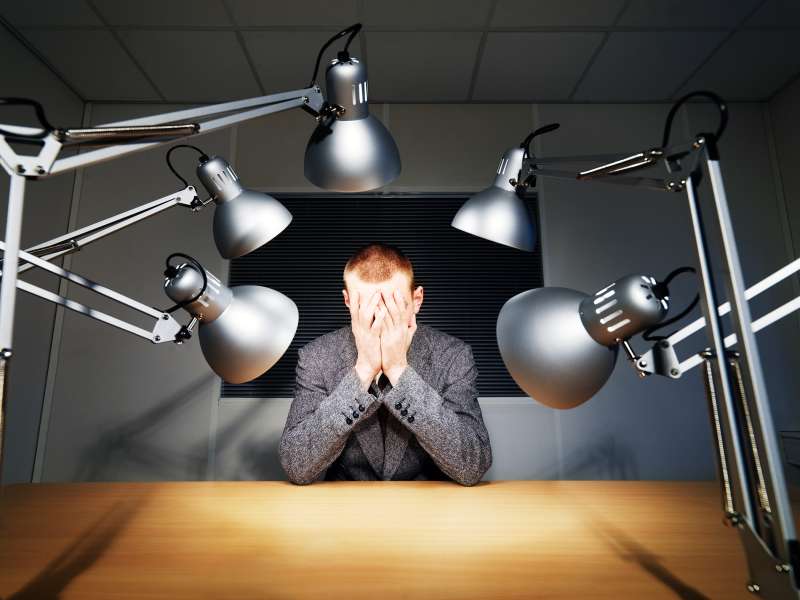 If you have a job interview coming up, your preparation probably includes the reasons why a company should hire you. You rehearse answers to popular questions like your biggest weakness or why you left your former jobs. You might even role play the inevitable compensation discussion. These are all good things to prepare. But there are other, more subtle actions that trip up job seekers in the interview process. Here are five common interview mistakes you probably didn’t realize you’re making:

Small talk isn’t small. Developing rapport with the interviewer is important. A key criteria in hiring is likeability—i.e., will I enjoy working with this person? I once recruited for a marketing group who commented that one candidate was so quiet during the walk from Reception to the interview room, “you could hear crickets.” The otherwise well-qualified candidate didn’t get the job because the group felt she would be overwhelmed by the largely extroverted personalities in the group. I had interviewed this candidate as well, and she could be conversational—but wasn’t during that set of meetings, and it cost her that job. Don’t gloss over questions about this past weekend or what you did for Super Bowl Sunday. Take advantage of those moments to develop a more personal relationship with your interviewer.

You may wonder why an interviewer asks you a particular question, or you may even think that the question is irrelevant, but keep your game face on and answer the question. I once recruited for a sales group that prioritized a high GPA as a criteria for their entry-level roles. Now, whether GPA is the best criteria for this particular type of role is debatable, but it was meaningful for this group. So when the head of the group asked a final-round candidate for her GPA and she not only didn’t know but also didn’t offer to find out, he found it dismissive of his question.

I’ve seen this play out with other detail questions, such as how big a department was, exactly how long a candidate was in a role, or who the candidate reported into. Often, candidates who don’t have detailed answers at hand get frustrated by such questions and give half-baked answers like, “I worked in that group five years ago, so I’m not exactly sure—but if I had to guess I’d say 10 or 12 people.” Not only does this candidate seem like they don’t know the details, but now they seem combative about the question. Just give your best answer and offer to follow up with an exact figure as needed: “As I recall the group was 10 to 12 people. I can come back to you with a firmer number if you’d like.”

Side note: If it’s a discriminatory question (e.g., Do you have children? or Where are you from?) keep in mind that the interviewer might not realize s/he has asked something off-limits and may be trying to make conversation. (See Mistake #1.) Your best bet is to avoid being dismissive or indignant. Try to gently steer the conversation away from the question without answering it, but also without calling out the interviewer’s mistake: “I love kids. Aren’t they fun? I also find spreadsheets to be fun” Then you continue on with the interview.

Mistake #3: Performing a monologue instead of having a conversation

The best job interview is a conversation. So small talk is rapport-building. All questions are good ones. And the interview overall is a back and forth. Some candidates are so intent on sharing every last detail of their background that they launch into a monologue, and the interviewer can’t get in a follow-up question or comment. This is dangerous because you can’t assume that what you have prepared to focus on is what the interviewer cares about. In addition, you might come across as a braggart or a poor listener. I once recruited for a senior executive (in communications of all things!) who talked non-stop in his interview with the CEO. He didn’t take advantage of the opportunity to ask any questions about strategy. He also left an impression with the CEO that he wouldn’t be a team player. Don’t steamroll your interviewer. Pause after each answer you give to ensure the interviewer has a chance to get in on the conversation

Mistake #4: Letting the quality slip after the interview

The hiring process extends beyond any one interview. That one interview extends beyond the time you spending talking. How you follow up after an interview is just as important as the interview, sometimes even more important, because it’s the most recent impression of you. One candidate for a business development role had multiple typos in his thank you note. He was incredibly polished for the live meeting but sloppy in the follow-up, and it caused the hiring group to question his attention to detail. Don’t drop the ball at the very end. Bring interview-quality performance into every additional interaction with your prospective employer – the thank you note, the scheduling of the next interview, even the gracious exit if you get closed out. In my 20 years of recruiting, I’ve seen many candidates get closed out for one job only to get called in for something else by the same company or by the same person (who now is at a different company but remembers them fondly). Keep your quality high at every interaction.

Mistake #5: Letting the quality slip before the interview

Just as an interview ends later than expected, it also starts earlier than expected. When an employer calls you to schedule, are you excited for the role? Are you organized with your calendar readily available? Are you coherent and articulate in coordinating the details? I once recruited for an executive assistant role and reached out to a candidate with a promising-looking resume. The candidate left me a voicemail with her first name only, no subject to her message (except that she was returning my call), and an overly familiar tone. I might have thought it was a personal friend, except I didn’t recognize her voice or name. I was working on 20+ searches at the time and juggling hundreds of candidates. What would you think if you received a business message with no last name or subject? All of your communication, including pre-interview, set the tone for what the interviewer can expect. In some cases where the scheduling interaction clearly indicates poor quality, you might lose the opportunity to interview altogether. Don’t assume that scheduling an interview is not important.