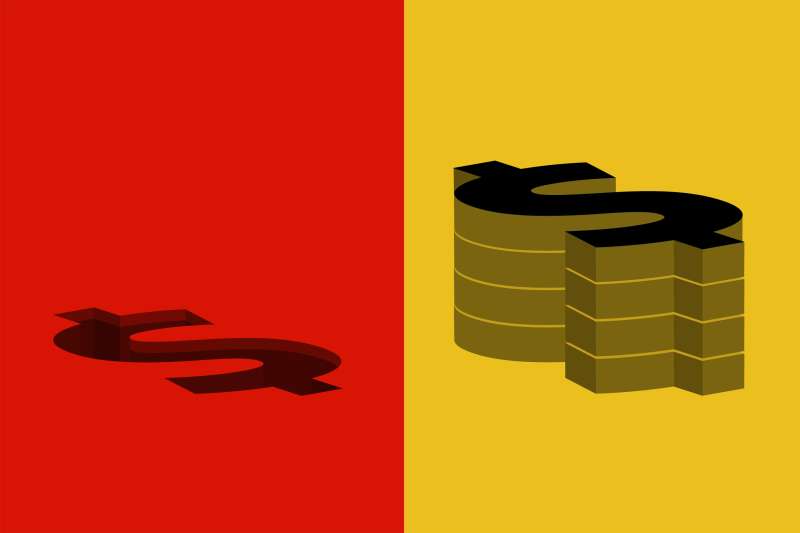 Don’t wait until you’ve retired your debt to save for retirement. The challenge, experts say, is to pay down what you owe and still sock away some savings at the same time.

But what’s the best way to do that without driving yourself and your bank accounts crazy?

If you feel like this is too much, you’re not alone. One third of Americans view debt as a barrier to reaching their financial goals, according to research this spring by Principal Financial Group. But if you allow debt to stand in the way of building your nest egg, you’ll have missed out on the compound growth of whatever you can sock away.

When it comes to debt repayment and saving for retirement at the same time, the principles generally apply no matter your life stage. (But millennials just starting out can take steps to avoid excessive debt in the first place.)

Here’s an action plan for any age:

Start with a clear-eyed assessment of what you owe and how much your debt is costing you in interest payments. Tally up your debts and rank them in order from the highest interest rate to the lowest. How much is too much? Non-mortgage debt that exceeds 20% of your take-home pay is generally a cause for concern, says Joleen Workman, vice president, retirement and income solutions, at the Principal Financial Group.

Next, look for areas to cut in your budget. For example, maybe you don’t really need that $200-a-month cable package, or an upgrade on your car. “Your ability to pay off debt relates to the standard of living you’re adopting,” says Ron Rhoades, a certified financial planner and assistant professor of finance at Western Kentucky University.

Rhoades believes in tracking your expenses and likes the budgeting software You Need A Budget, which is free for 34 days and then $6.99 costs a month. It’s hard to know where to trim if you don’t know exactly where your money goes, and this program can help you figure it out. There are also several great budgeting apps that can help you assess your spending.

Any financial advisor will say you need an emergency fund so a surprise $400 car repair or medical bill isn’t going to send you down a deeper debt spiral. Set up an auto-deduction from your paycheck into a savings account for this purpose, says McBride.

Ideally, experts say you should have between three and six months’ savings socked away in your savings account, or a place you know you won’t touch it unless an emergency strikes. And even $1,000 is better than nothing — the most important thing is to put your savings, however small, on autopilot and let it build over time.

Don’t neglect your debt as you’re building your emergency fund. If you don’t have any extra money from your paycheck to set aside, get a part-time job or sell off some possessions to make extra cash, McBride says. It might not be easy, but the effort involved could act as a deterrent to incurring more debt.

Once you’ve got an emergency fund, you can plow more money toward your debt. Generally, the idea is to put the most toward your highest interest-rate debt, since that’s costing you the most in borrowing costs. One exception might be if you have a small balance on a lower interest rate card that you can knock off quickly for a psychological boost, says Jessie Doll, a certified financial planner and wealth advisor at TIAA.

When you’re ranking your debt, keep in mind that the GOP tax bill passed last year changed the tax deductibility of home equity loans. Interest on that type of debt can now be written off only if it’s used for home improvements. There was no grandfather provision on this, so your current HELOC is going to cost you more in interest if it wasn’t used for that specific purpose, McBride says.

Don’t lose sight of your retirement savings as you’re working through your debt. If you have a 401(k) with a company match, try to contribute at least enough to get the match, since that’s free money. But if you truly have no room in your budget for your 401(k) even after slashing your expenses, focus exclusively on your high interest-rate debt, some experts advise. Studies have shown that credit card and other non-collateralized debt can contribute to health and marital problems, and paying that down can ease these stressors, says Lucia Dunn, professor of economics at Ohio State University who has researched debt and stress.

Most millennials have no reason to accelerate their mortgage payments. Mortgage debt is considered “good debt,” and you’re better off putting any extra cash into your 401(k), McBride says. There’s also no rush to pay off your federal student loan debt, which offers deferments, forebearance and other provisions to help borrowers who may have gotten into distress, he notes.

Millennials can take steps to avoid “bad debt,” such as credit card debt, to begin with. A common way you can get in over your head is by buying a house and a car at the top of your budget, says Rhoades. Another way is by allowing yourself to put vacations and other discretionary fun on credit cards that you can’t afford to pay off in full.

Pre-retirees may have learned this lesson the hard way. If you’ve finally put bad debt behind you, consider paying off your mortgage before you retire. This is especially the case if you’re down to a relatively small balance, such as $15,000. Eliminating your mortgage payment increases your cash flow in retirement. “There’s a good ROI once you get that debt knocked out,” McBride says.

Savers ages 50 and up should also keep in mind that the Internal Revenue Service allows you to contribute an extra $6,000 in “catch-up” contributions to your 401(k) and an extra $1,000 to your IRA.