How One Entrepreneur Launched a Thriving Business While Working Full-time 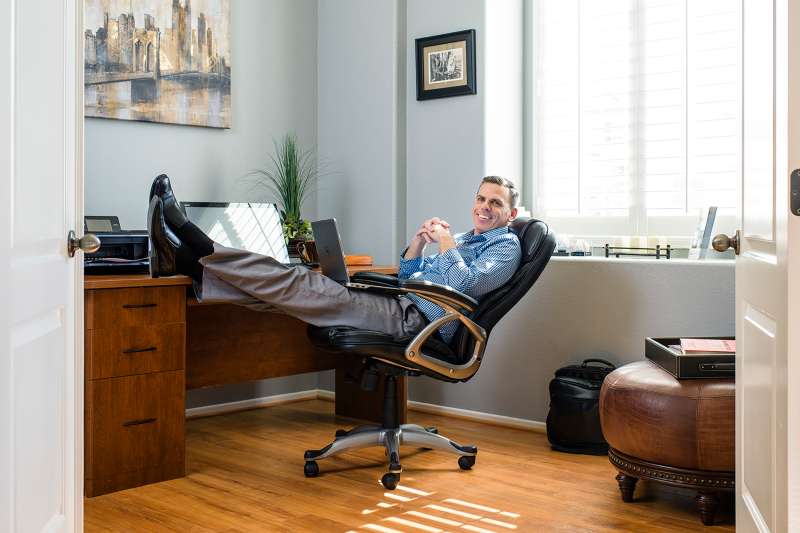 In this series of “Passion Plays,” learn how aspiring entrepreneurs turned their interests into innovative and rewarding second-act businesses.

David Lewis began working for nonprofits in college and never wavered. He went from counseling foster children and assisting homeless families to fundraising for other organizations. “It becomes part of your fiber,” he says of the nonprofit world. “It’s really who I am.”

More than 20 years later, Lewis still loved his career, as well as his $100,000-a-year job as executive director of a community health education foundation. But with a mortgage to pay—and a stay-at-home wife and two children, now 9 and 7, to support—he also felt hemmed in by the limitations of his field. “No matter what effort I put in, I was going to get paid more or less the same,” he says. “And I always worked for someone else.”

Happily, he saw an opportunity to stay in the nonprofit world and gain more control over his financial and professional life. From his years in fundraising and development, Lewis knew that many nonprofits struggled to find qualified board members—people who are passionate about the mission; who bring expertise in, say, marketing or accounting, as well as connections to potential donors; and who, in some cases, could themselves write five- or six-figure checks in support of the organization.

So seven years ago Lewis began envisioning a business that would solve this problem by matching charities with board members.

His first move was market research, starting with the websites of BoardnetUSA and BoardSource, two national nonprofit board sites. He saw that BoardnetUSA had a large database of candidates looking for positions, and nonprofits seeking board members. But it didn’t give either party the resources to determine whether they were a good match. Lewis also studied the groups’ member surveys, hoping to confirm his hunch that for nonprofits, filling their boards was a pain point. It was.

Read next: How This Teacher Turned Her Love for Peanut Butter Into a Winning Business

Next, Lewis sought advice from nonprofit executives he’d worked with in the past, and he sent web surveys to nonprofit CEOs across the country (many of whom he found via LinkedIn) asking if they needed the service he envisioned. “The overwhelming response I got was yes,” says Lewis.

Meanwhile, he paid $5,000 to a web designer to create a site where charities and prospective board members could, for free, fill out profiles. But his research made it clear that, to make money, Lewis had to offer more than an online forum. He needed to be a true matchmaker, offering a hands-on service that identified and vetted suitable candidates.

Even after identifying this opportunity, Lewis didn’t quit his job when he launched Board Member Connect (BMC) in 2010. “My wife was supportive but cautious,” he says. They agreed he wouldn’t leave the health foundation until BMC was established and he had built up a cash cushion—about six months’ earnings—and a reassuring number of clients in the pipeline.

So for five years Lewis ran the startup at night and on weekends. Unwilling to sacrifice time with his family, he waited until the kids were in bed on weeknights to work on the business. On weekends, he got to work only when they were asleep or otherwise occupied. It wasn’t easy, Lewis concedes: “I was burning the candle at both ends.”

It also slowed the growth of BMC, says Lewis. But running the business as a sideline had benefits beyond the strictly financial. “I didn’t have the pressure to get paid or to close a deal in order to pay the mortgage,” he explains, “so I could try things out to see what would work, and I was able to gradually build relationships with nonprofit CEOs.”

Those relationships proved crucial because Lewis had to create a market for a service that didn’t previously exist. In this case, he had to persuade nonprofits to pay a placement fee of between $1,200 and $25,000 (depending on the scope and level of the search) for something that had never been in their budgets before. The pitch: BMC could find them high-level business executives that the nonprofits couldn’t find on their own—professionals with extensive business experience that could be applied to the organization, deep pockets, and extensive networks that could open doors to potential financial support and partnerships.

Read next: How a Hard-to-Open Package Inspired a Million-Dollar Business Idea

Keeping his expenses near zero by working at home and relying on LinkedIn for marketing, Lewis put most of his revenues in the bank. And in November 2015—with sufficient cash set aside to supplement BMC’s revenue to match his old salary, and with confidence the business was on the upswing—Lewis left his day job to run BMC full-time.

The path to growth

Over the years Board Member Connect has matched more than 1,000 individuals with some 200 organizations. Still, revenues were only $50,000 last year.

Lewis hopes additional personnel will help. Last year he hired two part-time recruiters who are paid a percentage of the contracts on which they work. And several years ago, Lewis made contact with Anne Wallestad, CEO of BoardSource, which works with more than 100,000 nonprofit leaders on improving board effectiveness. That has resulted in a formal partnership in which BMC provides its services at a discount to BoardSource’s members. Lewis is already handling 20 times as many searches as a year ago and expects more business when BoardSource links to his website this spring.

“Things are moving so fast and furious that it’s a challenge to maintain a high level of service,” says Lewis. But it’s a problem he’s happy to have. “I’m tapping into everything I’ve learned over a 20-year career and staying true to my heart,” he says. “But instead of working for a single nonprofit, I’m helping a wide variety of nonprofits with great missions across the country, and I’m able to reward myself financially in a way I’ve never been able to do.”