By Kerry Hannon and Tom Vollkommer 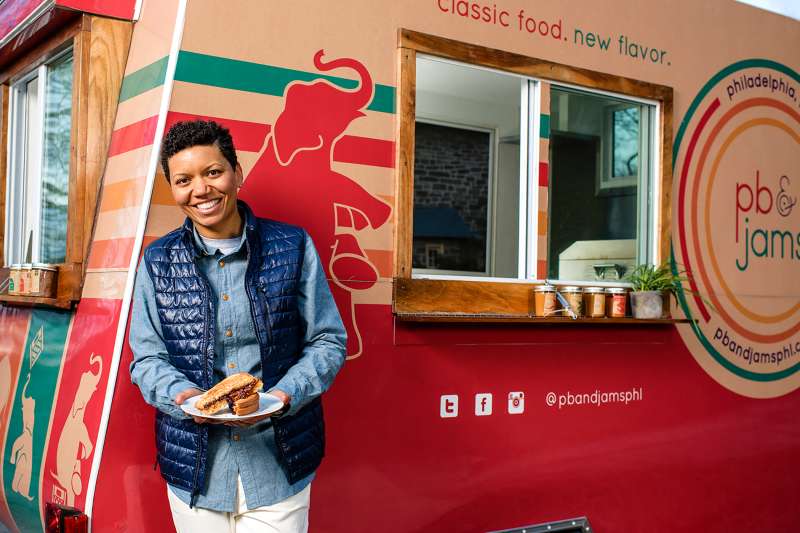 In this series of “Passion Plays,” learn how aspiring entrepreneurs turned their interests into innovative and rewarding second-act businesses.

Megan Gibson jokes that the peanut-shaped birthmark on her wrist was the result of her mom’s pregnancy cravings. “She was obsessed with all things nut-related,” says Gibson, who inherited a taste for the household staple.

But it wasn’t until four years ago, when she first sampled some smoky, spiced Haitian peanut butter, that Gibson—a high school health and physical education teacher—started experimenting with nut blends and recipes at home. “I always stressed the importance of whole, natural foods to my students, so it was in line with what I preach,” she says.

After friends and family raved about her concoctions, Gibson got the idea of turning them into a business. The ultimate dream: peddling butters at farmers’ markets while jamming to classic funk and soul tunes (she had once worked as a DJ), promoting health and nutrition, and using the operation as a base for charitable work in her West Philadelphia community.

In 2013, Gibson started hitting farmers’ markets and other local events to sell her Hot or Not Haitian-inspired peanut butter, along with other creations, like maple-walnut butter and dark-chocolate almond butter. Her first foray seemed almost too easy: She sold about 120 jars at up to $10 apiece. “Even the sample jars went,” she says. Encouraged by strong sales on subsequent weekends, Gibson decided to take a sabbatical from teaching during the 2013–14 school year to work toward a school guidance certification—and to see if her business, which she named PB&Jams, had legs.

Shifting production from her kitchen to a local nonprofit that provides space and services for minority entrepreneurs, Gibson grossed $40,000 in 2014 on sales of 6,700 jars, up from $13,000 the year before. To raise her profile in the community, she started selling wholesale to local cafés and markets. And, with great pride, she spent $10,000 on a food truck she could use to sell her butters, plus sandwiches, at markets and special events run by local nonprofits.

Returning, as planned, to teaching in the fall of 2014, Gibson continued to run PB&Jams at night and on weekends. One highlight of 2015 was contributing 200 jars of peanut butter to local food banks.

Her wholesale business, however, was a mixed blessing. Demand for her jars grew, but lower wholesale prices cut her profit margins. And managing those sales wasn’t as enjoyable as feeding people face-to-face.

Last summer an equipment breakdown—an industrial food processor that could convert 30 pounds of nuts into butter in three minutes—slowed production, undercutting already thin margins on her jarred butters. Now she has to manufacture in smaller batches and fill jars by hand rather than automatically. Ramping back up would mean a $25,000 investment in specialized equipment, but Gibson is reluctant to borrow. “Debt makes me uncomfortable,” she says.

Gibson—who still teaches full-time—has been approached about distributing to larger grocery chains, including Whole Foods, but has so far resisted. Last year’s equipment failure made her step back and evaluate priorities. “I have to make decisions about what shape this business will take that allows me to have fun and to feed and help people,” she says.

One option she’s considering is finding a partner to handle the wholesale business: “Interacting with people and seeing their reactions to my food, and going out to feed the homeless—that’s the stuff that makes me happy.”