Brian Williams Isn't the Only One: Here Are 6 Others Whose Embellishments Threatened Their Careers 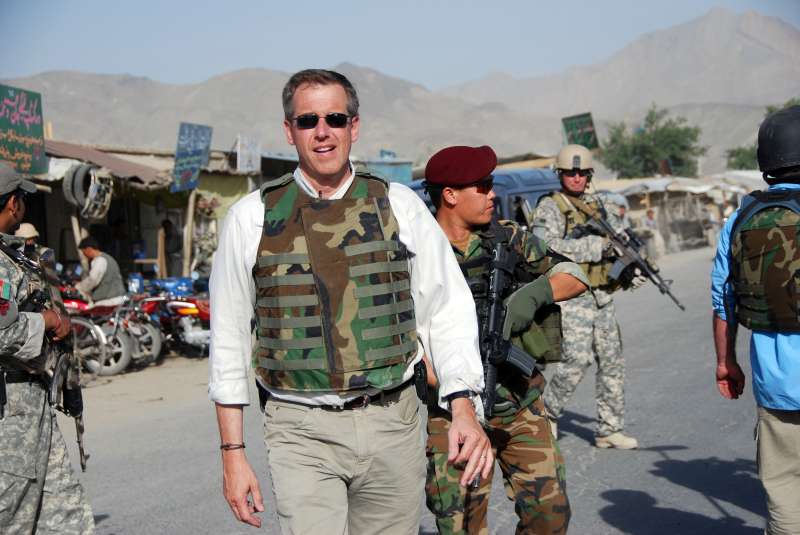 When Brian Williams was suspended by NBC this week following comments he made about being aboard a helicopter that was hit by enemy fire in Iraq, he joined a long line of public figures whose careers were thrown into jeopardy after they made inaccurate statements about their own pasts. Williams, who said he conflated his memory of the 2003 event with an attack on a different aircraft, will be off the air for six months, while NBC conducts an inquiry into this and other of the anchor’s anecdotes that have been called into question.

While Williams is cooling his heels, here’s a look at a half-dozen other CEOs, sports personalities, academics, and politicians who have embellished, exaggerated, or flat-out lied about their past professional experiences, and what happened to them afterward.

In May 2012, four months into his tenure as CEO of Yahoo!, Scott Thompson resigned after activist shareholder group Third Point accused him of padding his resume. His bio on the site noted that he received a bachelor’s degree from Stonehill College in both accounting and computer science, when in fact his degree was solely in accounting.

His bio was the same when he was president of PayPal from 2008 to early 2012, although in the company’s regulatory filings, only his accounting degree was listed. However, the erroneous information popped up again in Yahoo!’s annual report, which Thompson certified, sparking internet outrage and prompting the resignation.

Thompson quickly rebounded, landing the CEO spot at ShopRunner, an Amazon competitor, two months after being dismissed from Yahoo!

While answering a question during a New Hampshire campaign swing in 1987, Joe Biden claimed that he attended Syracuse Law School on a full scholarship and that he graduated in the top half of his class. The revelation was untrue; he actually attended on a partial scholarship based on financial need and graduated 76th out of a class of 85. Like Williams, Biden attributed the mistake to faulty memory, but those misstatements, plus a subsequent allegation that he plagiarized a speech by Neil Kinnock of the British Labour Party, ended his run as a 1988 presidential candidate.

And you know the rest.

George O'Leary, head coach at the University of Central Florida

George O’Leary’s tenure with Notre Dame lasted a mere five days before he resigned in 2001 after admitting he padded his resume and athletic background. He claimed to have earned varsity letters from 1966 to 1968 while playing for the University of New Hampshire and that he received a master’s degree in education from New York University, both of which turned out to be untrue.

O’Leary spent the next two years with the Minnesota Vikings (he was the defensive-line coach in 2002 and the defensive coordinator in 2003), but was then hired as the coach of the University of Central Florida in late 2003. Since then, he has rebuilt the team into a consistent winner and continues to lead the school to new records.

Marilee Jones worked at the Massachusetts Institute of Technology for 28 years before she admitted she fabricated her resume when she first applied for a secretarial job at the school. She had originally claimed to hold degrees from Albany Medical College, Union College, and Rensselaer Polytechnic Institute but had never received a degree from any of them.

Though she was admired on campus, an anonymous tip led to an internal investigation in April 2007, and Jones resigned shortly thereafter. She is now a consultant who advises parents and students on navigating the college application process.

David Edmondson worked at RadioShack for more than a decade before being named CEO in 2005, but only held the high office for less than a year before resigning over discrepancies in his resume. Originally, the preacher-turned-businessman claimed to have received a degree in psychology and theology from a college now known as Heartland Baptist Bible College. He then amended his statement, saying he received his degree in theology, which requires three years, by completing correspondence courses. That, too, was deemed inaccurate after it was revealed he attended the school for only two semesters.

While Edmondson was at the helm, Radio Shack’s stock fell 20%, and the company has continued to struggle. The once prominent electronics retailer recently filed for bankruptcy.

In 2010, the New York Times called out then-Attorney General Richard Blumenthal for suggesting in a 2008 speech that he had served in Vietnam, even though records showed that he received at least five military deferments from 1965 to 1970 and never went to Vietnam. He did, however, serve six years in the Marine Corp Reserves, all in the United States.

While the “misplaced words,” which Blumental said he regretted, briefly interrupted the politician’s campaign to succeed Connecticut Sen. Christopher Dodd, he defeated Linda McMahon in the 2010 race.