How to Keep Riding the Bull Market in 2016 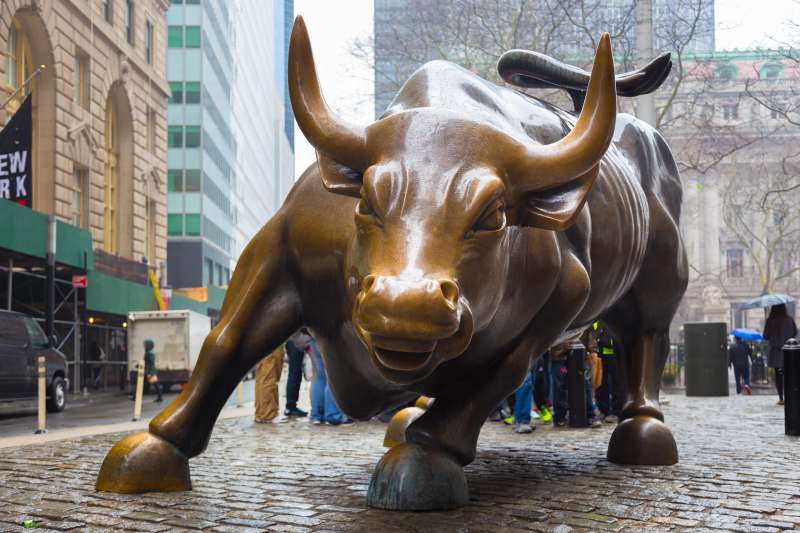 This is the first in a five-part series on ways to prosper in 2016. Tomorrow: How to boost your salary in the new year.

Survivors of close-call accidents sometimes emerge not scared and withdrawn but reinvigorated and confident. The same holds true for bull markets that almost come crashing down. After a harrowing late-summer selloff—sparked by a global panic over China’s deteriorating economy—the nearly seven-year-old rally has gotten a new lease on life. From August’s low point, the S&P 500 has already rebounded more than 12% as of late November. And signs point to a continued resurgence. Stocks could climb another 8% in 2016, says S&P Capital IQ, which calculates a market outlook based on earnings trends and investors’ current valuation of stocks.

Economic fundamentals certainly provide some reason for optimism. The U.S. economy shows few signs of slipping into recession, with GDP expected to grow a modest but respectable 2.7% next year, according to the Blue Chip Economic Indicators survey of business economists. Corporate earnings, which were stagnant this year, are expected to reaccelerate and grow at 8% in 2016.

Market psychology also points to positive momentum. The autumn rebound included a rare cluster of days in which trading volume in rising stocks swamped the volume on falling stocks by a ratio of more than 5 to 1. That suggests investors are looking harder for reasons to buy than for reasons to sell, says James Stack, president of InvesTech Research. In the past when equities have hit the 5-to-1 ratio on multiple days, says Stack, they’ve tended to rise in the following 12 months—by an average of 24%.

The market rise that began in March 2009 is now the third longest in history. That argues for shifting some of your stock assets to stable, large companies. Ned Davis Research has found that while small companies have the most sizzle in the first two-thirds of a bull, the advantage shifts to the big blue chips in the final third. Shares in large-company stocks also tend to be less volatile. That’s important now. “The bull can continue to run for another one to two years,” says Anthony Valeri, investment strategist for LPL Financial. “The caveat is you should expect volatility to pick up.”

Why? As an economic recovery matures, investors start eyeing the Federal Reserve nervously, expecting a series of interest rate hikes. The unemployment rate is now at its lowest level since 2008, and right on the verge of dropping below 5%. That raises the odds that the central bank will begin acting to stop the economy from running hot enough to stoke inflation. And historically, says James Paulsen, chief investment strategist for Wells Capital Management, volatility heats up when the jobless rate runs south of 5%.

This calls for seeking steady funds that will grow as the economy does, but that tend to lose less in random months when the market declines. For example, American Century Equity Income (TWEIX), with a 7% annualized return over the past decade, has beaten 72% of its large-cap value-fund peers. Part of that outperformance is because it has lost about a third less than the market in down months.

Go for big profits too

Speculative sectors of the market—looking at you, biotech stocks—haven’t bounced back as much from the summer drop as the general market has. Investors are shifting to companies that are already showing bottom-line results. “Ultimately it all comes down to earnings,” says Mark Freeman, chief investment officer at Westwood Holdings Group.

To find reliable profits, Freeman adds, look in industries where revenues are rising. Four areas with both strong earnings and revenue growth are health care (biotech notwithstanding), consumer discretionary, financials, and technology.

You can emphasize all these without resorting to sector funds or individual stocks. More than three-quarters of the holdings in both Dodge & Cox Stock (DODGX) and T. Rowe Price Blue Chip Growth (TRBCX) are in those four sectors. Both funds have beaten more than 90% of their peers over the past three and five years, and they are on our Money 50 list of recommended mutual funds and ETFs.

Fixed-income investors have some reason to feel jittery coming into 2016. The prospect of Fed rate hikes will weigh on U.S. bonds, since prices fall when rates rise. Don’t panic, though. Fears over rising rates have been with us for years, and the Fed is likely to go slow.

To get some more yield now without taking on too much added risk, look to high-quality tax-advantaged munis, says Mary Ellen Stanek, chief investment officer for Baird Advisors. AAA-rated 10-year municipal bonds yield 2.08%, the equivalent of earning 2.9% on a taxable bond if you are in the 28% bracket. Yet 10-year Treasuries are paying just 2.3%.

For a diversified national muni fund, go with Vanguard Intermediate-Term Tax-Exempt (VWITX), which is in the Money 50. More than 75% of the fund’s holdings are in bonds rated AA or AAA. Investors in high-tax states including New York and California can get further tax savings using Vanguard’s state-specific municipal funds, which boast very low costs.

Embrace some drama in foreign stocks

Historically, U.S. and foreign stocks take turns leading the markets for a multiyear stretch. Yet since the bull market began in March 2009, the S&P 500 has doubled the gains of foreign shares in general and emerging-market stocks in particular. As a result, emerging-market shares are now 50% cheaper than U.S. stocks, based on five years of earnings. Historically, the typical discount is 15%.

Based in part on those cheaper prices, the money managers at Research Affiliates think emerging-market shares could return seven percentage points more than U.S. stocks annually over the next decade. Trouble is, to gain that result you need to buy these stocks before they rally, and you’ll see a lot of volatility in the meantime. You’ll need a lot of patience.

T. Rowe Price Emerging Markets Stock (PRMSX) is a seasoned pick on the Money 50. The fund holds only 10% of its assets in commodity-related sectors, which have been hit hard by China’s troubles. The typical emerging-market fund holds twice as much.