What You Need to Know About the Surprising October Jobs Report 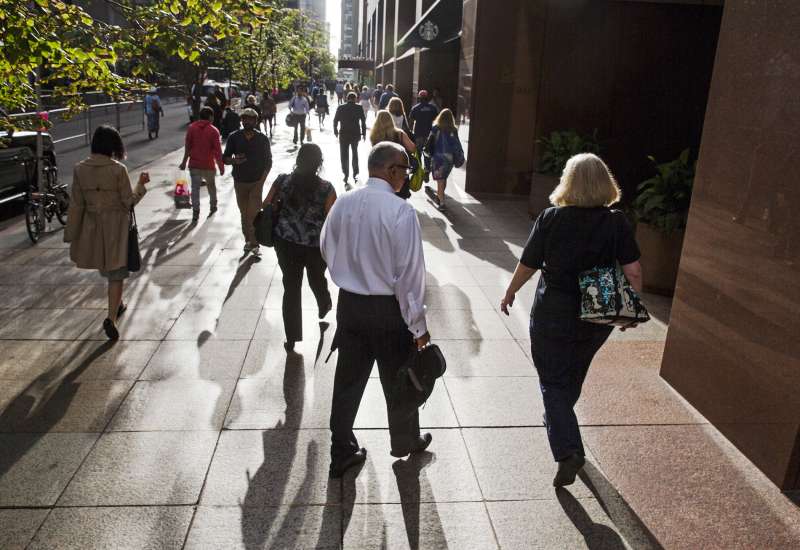 Commuters walk down a sidewalk lit by the rising sun in New York, September 29, 2015.
Lucas Jackson—Reuters

The economy received a much needed boost as employers added jobs at a healthy clip last month, setting the stage for a potential interest rate increase by the Federal Reserve at its next scheduled meeting in December.

Employers added 271,000 jobs, according to the Labor Department, the biggest gain of the year. At the same time, the unemployment rate declined to 5%, a seven-year low.

Wages, meanwhile, grew 2.5% over the past 12 months, the best mark since the recession. This follows the most recent employment-cost index, a gauge that includes both wages and benefits, which rose only 2.1% since this time last year. The index hasn’t risen above 2.7% on a year-over-year basis since the onset of the recession.

Today’s report comes at a sensitive time for the Fed. During her testimony in front of Congress on Wednesday, Fed Chair Janet Yellen said that a rate increase next month, which would be the first hike in almost a decade, remains a “live possibility.”

The state of the labor market, which represents half of the Fed’s dual mandate to promote employment and keep prices stable, has been difficult to pin down.

Wages have also been mostly disappointing, today’s number notwithstanding. Moreover, the prime-age employment-to-population ratio (which looks at those aged 25 to 54) has leveled off this year, and remains well below pre-recession levels.

Combine this slack in the labor market with the fact that prices have continually risen below the Fed’s 2% target, and you’ll understand why the Fed has kept rates unchanged for so long.

Of course there are reasons for optimism in the data, as well.

Initial jobless claims have held below 300,000 for the better part of nine months, resting near a 15-year low. “The performance of initial jobless claims continue to point to further solid job growth and ongoing tightening in the U.S. labor market in the coming months,” notes Wells Fargo Securities senior economist Sam Bullard. And, of course, the unemployment rate continues to edge downward.

A rise in economic growth would make the Fed’s decision easier, since faster growth would lead to an increase in jobs and more spending by consumers. The past five years saw a decrease in federal spending, which has helped to dampen demand given the economic constraints of Americans post-recession. The recently agreed-upon federal budget deal, which lifted caps on spending and essentially suspended the debt ceiling until 2017, might help boost the economy, albeit slightly.

“Besides providing markets some blessed relief from the never-ending debt limit drama through the election year, the deal also carried some subtle, yet crucial, shifts in fiscal policy,” notes BMO Capital Markets chief economist Douglas Porter. “If not enormous, the net effect will nevertheless boost federal spending an extra 0.2%-to-0.3% of GDP next year. This will add to the slow-growing momentum of the public sector actually contributing to overall GDP growth.”

Fiscal policy adding to economic strength is a welcomed change from recent history, and might make the Fed’s decision about raising rates less important. Until then, though, the world will continue to wait for the Fed’s decision next month.