6 Best Career Moves to Make in Your 40s 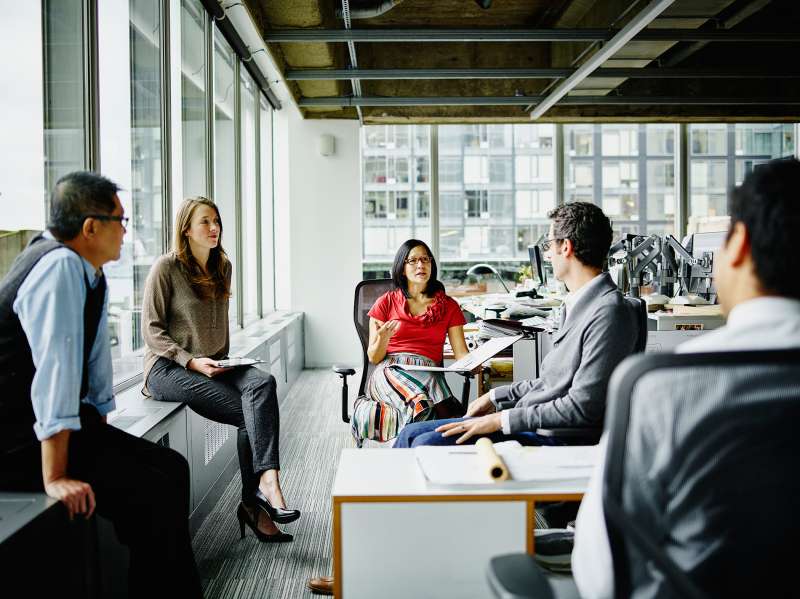 By the time you reach your mid-40s, you should have the skills, professional network, and reputation to be a mid-level manager. But to be a great boss, you’ll need to master the mechanics of supporting and grooming your direct reports.

“It’s no longer just about you,” says Los Angeles-based executive coach and leadership expert Libby Gill. “You’re training the next group of leaders and managers.” The stakes are high: about half of the 7,200 adults recently surveyed by Gallup have left a job “to get away from their manager.”

Here’s what it takes to be an all-star manager — and use your 40s as a stepping-stone to the C-suite.

Establish open lines of communication. Meet with your direct reports individually to discuss their short- and long-term goals, the skills they’re building, and how you can best support them. Make sure their goals are aligned with your own and your team’s.

To keep tabs on your subordinates without getting into the weeds and micromanaging, ask them to deliver weekly progress reports. Regardless of whether your company requires performance reviews, you’ll want to meet quarterly to talk about each person’s career trajectory; remember that people’s goals shift.

2. Give (and Solicit) Feedback

While research shows employees want constructive criticism, many managers are reluctant to give it; Gill says supervisors tend to shy away because they’re afraid to have the conversation. Nonetheless, part of your role as a manager is to help your direct reports improve their skills.

To give your subordinates feedback without creating conflict, take a collaborative approach, says Jack Zenger, CEO and co-founder of leadership consultancy Zenger Folkman. For example, when someone misses a deadline, say: “I understand you fell behind on this project. Let’s work together to figure out how you can better manage your time in the future.”

It’s also beneficial to get input from direct reports on your own performance, he says. “Some managers see this as a sign of weakness, but when a boss asks for feedback, he or she elevates themselves in the eyes of their subordinates and creates an egalitarian workplace,” Zenger says.

To solicit honest feedback, he suggests, frame your request carefully: “I’m doing an informal self-assessment, and I want you to be candid. How would you describe me as a manager to someone who is going to meet me for the first time?”

3. Distance Yourself (a Bit)

If you’ve been promoted over your peers, you’ll need to take steps to establish yourself as the boss — but the trick is to strike a balance between professional and personal relationships.

You can still go out for lunch or happy hour with your direct reports, but make sure you give everyone equal attention. If you only socialize with certain co-workers, others could perceive you as being biased when it comes to decisions about raises and promotions, and “nothing breeds resentment faster than being perceived as playing favorites,” Gill points out.

Don’t distance yourself completely, though, says Richard Klimoski, professor of management and psychology at George Mason University. Some studies show workplace friendships can not only increase job satisfaction and decrease stress, but can also boost productivity and job commitment.

Only 44% of workers say they like their company’s culture, according to a 2015 survey by reward-and-recognition consulting firm Achievers. It’s your responsibility as a boss to create an enjoyable, collaborative, productive workplace for your team.

One secret to boosting employee morale? Publicly applaud your direct reports’ achievements on a regular basis.

“Generic ‘atta way’ team celebrations — cupcake party, pizza party, etc. — are great, but employees crave validation of their contributions, one on one,” says Chris Edmonds, author of The Culture Engine: A Framework for Driving Results, Inspiring Your Employees, and Transforming Your Workplace. He recommends offering people short-but-sweet praise (even just a quick, but public, “great job closing that contract”) to motivate them to continue delivering results.

Have a slacker in your midst? Other team members may come to question your capabilities as a manager if you don’t handle the situation.

Open the conversation by focusing on the underperformer’s opportunity to recover, says Zenger. Try: “If I had to write a performance review for you today, this is what I would have to say, so let’s determine how we can fix these issues.”

For more serious performance problems, where the person’s job could be on the line, it may be appropriate to have someone from HR sit in on the meeting. A third party can help facilitate the conversation, and in the event you need to fire the person, you’ll want to be sure you’ve followed the proper protocol. “You don’t want to be sued for wrongful termination,” says Zenger.

6. Be a Model of Balance

Productivity falls sharply after a 50-hour workweek, research by Stanford economics professor John Pencavel found, so make sure your direct reports have opportunities to recharge.

Understand that may mean changing your own habits as well. “Managers exhibit patterns of behavior and their subordinates feel compelled to behave the same way,” says Klimoski.

Leave the office at a reasonable hour, and avoid emailing your direct reports during nights, weekends, and vacations unless it’s an emergency.