The Completely Absurd (and Infuriating) Reason CEOs Get Paid So Much 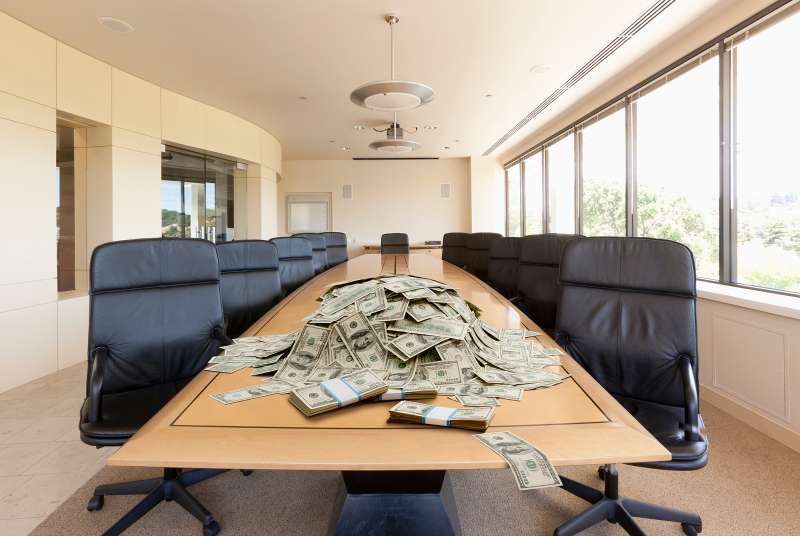 For years economists—not to mention everyday Americans hanging out on bar stools or on Twitter—have argued about why even mediocre CEOs get paid such ridiculous sums of money.

Of course, corporate bigwigs have always been handsomely rewarded. But in the past generation, average pay for CEOs at American’s largest companies has leaped nearly sixfold, from $2.8 million a year in 1989 to $16.3 million today, according the Economic Policy Institute. Exactly why this has happened is a matter of some debate, even among experts. Arguments range from corporate self-dealing to the just rewards for talent in a free-market system.

Now researchers from Dartmouth and the University of Chicago have examined years of pay data to offer up a new explanation: Boards have been handing CEOs bigger and bigger slugs of company stock because they don’t understand how stock options—a key component of CEO pay—work.

Options, which allow corporate executives to buy shares of their employers’ stock at preferential prices, were originally designed to constrain top executives’ pay, or at least make sure that pay is tied closely to company performance. It has long been understood that if a company’s stock rockets ahead, a rich grant of options can lead to big payday. Fair or not, that’s the way the system was engineered.

The new research shows that something different has been happening: Boards have been allowing CEO pay to climb ever higher by offering executives the same number of options year in and year out, regardless of company stock prices. The practice means that each new year’s grants tend to end up being potentially more valuable than the previous year’s, just because stock prices tend to drift higher over time.

Here is how it works: Corporate stock options (which are different from those that trade on exchanges) are typically issued “at the money.” That means they give executives the right to buy a number of the company’s shares at today’s prices, even if they appreciate in value in the near future.

The idea is that if the stock is flat or down, the CEO will make nothing. But if the value rises, he or she will be able to buy shares at what has become a discounted price. Once the options are exercised and the shares are purchased, the CEO can turn around and sell, pocketing the difference, essentially sharing in the wealth he or she created for shareholders.

The problem, according to the paper, is that boards don’t have a very strong grasp on options’ potential value, something that it typically takes a sophisticated computer algorithm (known as the Black-Scholes formula) to analyze.

Because option values can be difficult to understand, boards have tended to issue a certain number of options from year to year, regardless of the grant’s dollar value, rather than calculate a desired dollar value and vary the number of options. But since stock prices tend to drift upward over time, this can lead to what looks in retrospect like a boneheaded move. Option grants end up being worth more and more every year—simply because an option on a share with a high nominal value is more potentially lucrative than an option on a share with a low nominal value.

Author Kelly Shue, of the University of Chicago, says boards’ apparent mistake is a common one, highlighted by years of research in the field of behavioral economics, and much like the way workers get confused about the effect of inflation on the real value of their paychecks. “It’s called ‘the money illusion,'” she says. “People tend to think about nominal units, not real dollars.”

Now imagine it is 10 years later. The market is up generally, or the company has reduced the number of shares and increased their nominal value through a reverse stock split, so that each share now trades at $20. The board, however, is still in the habit of issuing options to buy 10 shares at the market price, in this case $20. Again the stock price climbs 10%, this time to $22. Now, however, the options give the CEO the chance to buy $220 worth of stock for $200. In other words the CEO’s reward for the same 10% stock bump has doubled.

Could boards really be this knuckle-headed? The researchers collected a lot of evidence suggesting that they might. Looking at the number of options awarded by S&P 500 companies for the roughly two decades between 1992 and 2010, they found about 20% of the time boards simply kept the number of options they granted to their top executive the same from one year to the next. That might not sound like all that much. But it was by far the most common move boards made, occurring roughly four times more frequently than any other grant.

There is some good news. In the past several years, it has gotten a lot harder for boards to give away the store. Starting in 2006 large companies have been required to figure out the dollar value of options—and disclose them to investors. The researchers concluded that since that time, boards appear to have become much more thoughtful about how they make grants to CEOs, and the growth rate of CEO pay has also tapered off.

But that doesn’t exactly mean boards have turned back the clock. According to the Economic Policy Institute, the typical CEO made about 58 times the average worker in 1989. By 2014 it had climbed to more than 300 times.