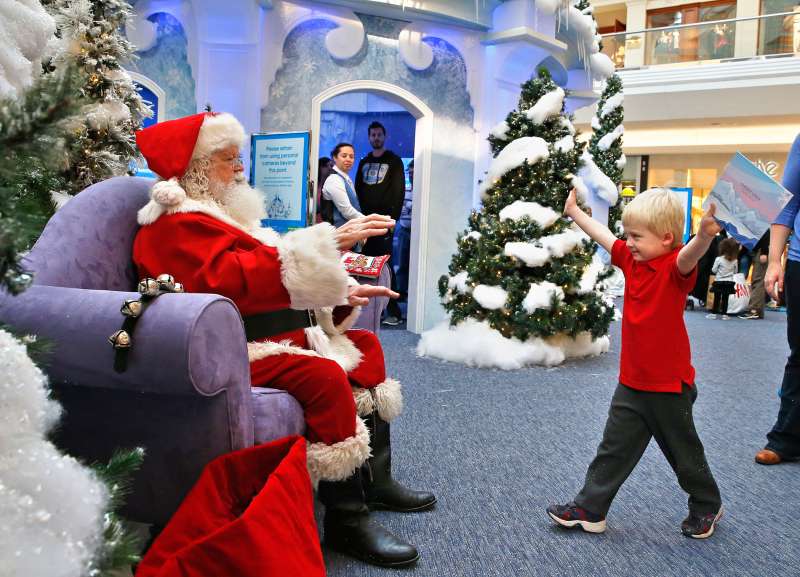 The Kris Kringle kerfuffle is the result of a decision by Simon to switch up and modernize their Santa Claus areas, swapping out traditional elements like Christmas trees and wreaths for “fake glaciers [and] artificial snow banks,” reports the Journal News out of Westchester County, N.Y.

The newspaper reported that only six of Simon’s 200 malls had introduced the new Santa display already, but the company quickly found out that a vocal subset of shoppers wanted no part of what company president David Contis called “a modern interactive experience for the family.”

The backlash was almost immediate, with people posting angry comments on social media, threatening petitions and boycotts. “After listening to customer feedback, we immediately decided to remove and replace them with traditional décor,” Contis said. Simon quickly changed course, scrapping its new displays and bringing back red-and-green staples like poinsettias, scenes from The Nutcracker — and yes, snow-covered Christmas trees, according to the Journal News.