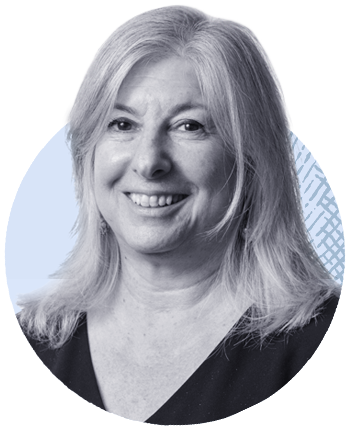 Almost nothing is easier than putting money into a 401(k). You sign up when you start a new job — or, more likely, get enrolled automatically — and then you contribute with each paycheck.

But when you leave the job, few things are as difficult as accessing that money you’ve saved for retirement. Take it out? You’ll pay a stiff 10% penalty if you’re younger than 59 ½, as well as income tax on the withdrawals. Want to roll it over? In an increasingly digital world, you’re asked to go through a paper-based manual process that feels very 1970s.

That’s if you even remember you have the account. And according to Gaurav Sharma, CEO and co-founder of Capitalize, millions of people don’t.

To bring rollovers into the 21st century, Capitalize built a platform to connect people with their old 401(k)s, help them find an individual retirement account (IRA) to put it in and then help them transfer the money into that new account. For free.

Forget notaries or checks in the mail — Capitalize has “mapped the rollover procedures for the largest 401(k) providers in the country, so once we know where your money is, we can help you move that money in the most efficient way,” Sharma says.

The issue he’s trying to solve has to do with the fact that 401(k)s are tied to a person’s employer. The savings are yours, yes, but they don't automatically follow you from gig to gig.

The younger you are, the less likely you’re likely to have stashed away — so the whole issue slips to the back of your mind. Do it a few times, and the money starts to add up in a major way.

The numbers aren’t clear on how many workers lose track of their 401(k) plans, but according to a study by Capitalize, about 24.3 million retirement accounts have been abandoned by job-changers. The amount of money in those accounts? A whopping $1.35 trillion.

That’s a big deal. Capitalize analysts point out that a forgotten retirement account can potentially mean a loss of nearly $700,000 in retirement savings over someone’s lifetime.

To make the process easier, Capitalize holds your hand. Transferring your 401(k) could be a completely online process, or it might be more hands-on, in which case Capitalize provides human tech support.

Take those annoying paper checks, for instance, which some providers still insist on sending when closing out a 401(k) account. You must deposit that check into a new retirement account within 60 days or risk a penalty and income taxes from the IRS. In those cases, Capitalize sends a stamped, pre-addressed envelope with instructions, so when that check arrives all you have to do is put it in the mail.

It doesn’t happen that frequently, but Sharma says when it does, Capitalize doesn’t leave anything to chance. The envelope carries tracking, so people can always see where their check is.

At a time when most financial transactions — think: banking, trading, paying friends back for dinner — can be done on your phone, Sharma notes that the retirement industry has been slow to embrace change. But Capitalize is innovating, and evolving, as time goes on.

At first, Sharma says he wanted Capitalize just to solve the problem of finding an old account and getting the money easily into an IRA. Looking forward, though, “our bigger mission is helping the issue of saving for retirement,” he says.