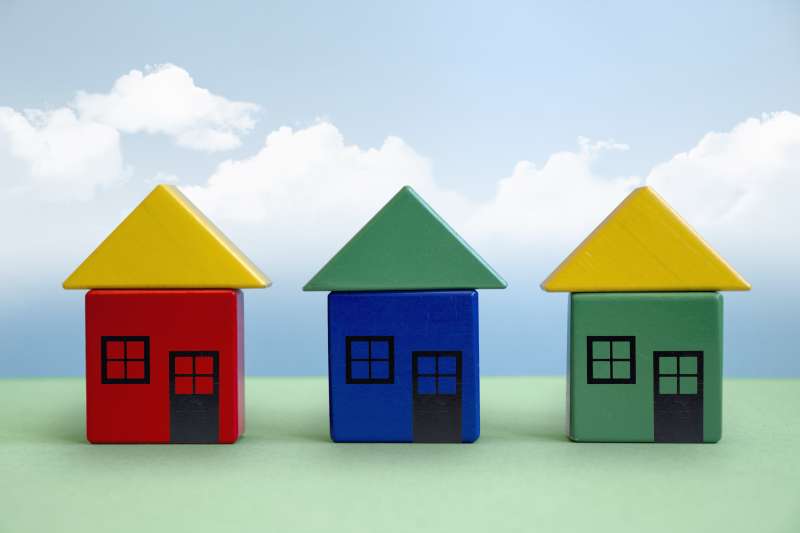 The housing market boom and bust taught us many lessons, including that home ownership isn’t such a “no brainer” after all.

No doubt, there are plenty of good reasons to own the roof over your head, both emotional and financial. But there are many trade-offs as well. With the added control comes a laundry list of responsibilities. With the stability of staying put comes a loss of flexibility. And with the opportunity to build equity comes the risk of losing money.

In fact, homeownership in America is at its lowest rate since 1995. It was recently just 65%, according to the Census Bureau, down from 69% in 2004. Although tighter lending standards, economic uncertainty, and in many cities high home prices are partly to blame, many would-be buyers are staying on the sidelines by choice. Which often makes sense.

Here are five questions to ask before you make the leap into ownership.

1) Is my financial house in order?

If you’re already struggling to pay your bills, buying a home will only compound your money woes. Ideally, you’ve saved at least 10% for a down payment – keep in mind you’ll have to pay private mortgage insurance if your down payment is less than 20% — and that’s in addition to saving for retirement and building an emergency fund.

“If you’re not in a position to save for a down payment, you probably aren’t in the position to buy your own home,” says John Vento, a New York-based CFP and CPA, and author of Financial Independence (Getting to Point X): An Advisor’s Guide to Comprehensive Wealth Management. “You have to prove you have the discipline and ability to save. One of the big problems that led to crash of 2008 is we forgot about this principle.”

2) Am I sticking around for a while?

The old rule of thumb was that buying made sense if you planned to stay put for at least three to five years. These days, many financial planners are recommending an even longer window. “I say at least seven years because the transaction costs of buying a home are signification,” notes Vento.

When you buy, there are the costs of securing the loan, closing on the sale and moving, not to mention all of the miscellaneous items (fresh paint, new curtains) that can easily add up to thousands of dollars. When it’s time to sell, you’ll lose a big chunk – 6% is typical – in real estate sales commissions. Given the historical rate of home price appreciation, says Vento, it will likely take at least five years to break even when all is said and done.

As important as the numbers, is whether you’re ready to tie yourself down to a particular home in a particular city. “Depending on what you do for a living and the job market in your area, you may be better off continuing to rent,” says in Charlotte, NC planner Ann Reilley Gugle.

3) What is the after-tax cost of owning?

If you’re on solid financial ground and ready to make a longer-term commitment, the next step is to get a realistic estimate of what you can expect to spend, and how that breaks down monthly.

You can get a basic estimate by plugging the home price minus your down payment into a mortgage calculator like this one. Most calculators also allow for property taxes and homeowners insurance. If you live in an area where taxes or insurance are higher than the national average, however, plug in numbers based on what’s realistic for your market.

This is a good starting point, but it doesn’t tell the whole picture. On the plus side, a small (albeit, initially tiny) portion of your mortgage will go toward principal. “That’s a forced savings plan,” says Vinto. There are tax advantages too. If you itemize your deductions – as many homeowners do – your mortgage interest and property taxes are deductible. Down the road when you sell, moreover, you can realize up to $250,000 in profit (double that if you’re married) before you owe capital gains tax.

4) And what are the hidden expenses?

There are many additional costs of homeownership that unseasoned buyers tend to overlook, says Gugle. Four out of five buyers of new homes, including condos and townhomes, can expect to pay homeowner association fees. This additional levy – which pays for costs of shared infrastructure and amenities – can add hundreds of dollars to your monthly expense, and it’s not uncommon for owners to get hit with special assessments for projects not covered in the regular budget.

Most single-family home owners will need to budget – money and time – for routine maintenances costs, as well as big-ticket projects, such as paint jobs and new roofs. “You have to be ready to take on all the things that come with ownership,” adds Gugle. “It’s not for everyone.”

5) What’s happening in my market?

Economists may talk about real estate in national terms, but the market varies greatly from one city to the next, even from one neighborhood to the next. Although home prices in most U.S. cities are still relatively affordable, some cities (i.e. San Francisco) have seen their home prices bounce back to near boom-time highs.

Then again, in many cities, the rental market is as competitive, if not more competitive.

Nationally, half of all renters are spending more than 30% of their income on housing, according to the Joint Center of Housing Studies of Harvard University, up from 38% of renters in 2000. For renters, an improving economy is a Catch-22; as their incomes go up, so too does their rent.

Therein lies one big benefit of owning the roof over your head: Assuming you plan to stay put for a while and lock in a fixed-rate mortgage, your costs should remain relatively stable from year to year; in time they’ll actually go down. For many buyers, that’s all the reason they need to get off the fence and into the housing market.