6 Expert Tips for Applying to College During the Pandemic 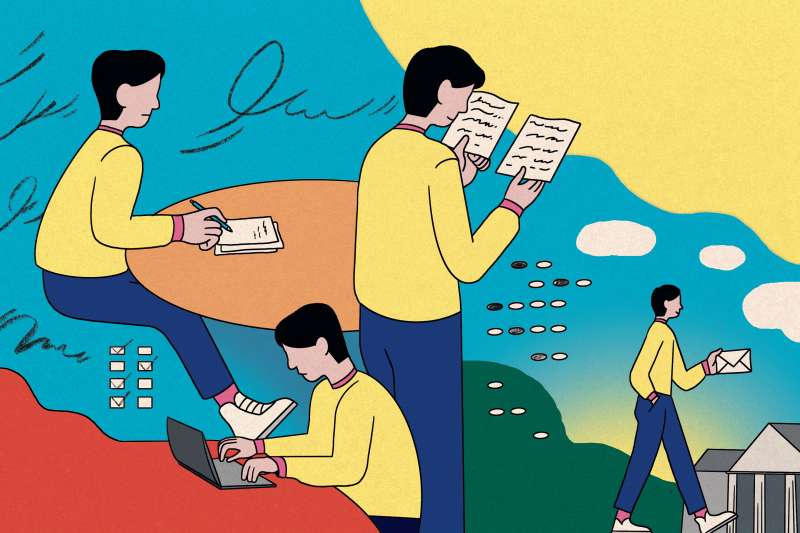 With the pandemic roaring full force across the country, college application season remains upended in an unprecedented year.

Applications were down 8% as of early November, according to Common App data. The drops are even larger in some areas. Florida’s public universities, whose applications still require SAT or ACT scores, have seen up to a 50% decline in applications.

Taking the SAT or ACT and touring campuses in person continues to be nearly impossible in many parts of the country. Even if you’re able to visit a nearby campus informally, it’s likely to be eerily quiet. Michele Larson, a private college counselor in Florida, says her students are more anxious about this annual process than usual.

But January deadlines for the regular admission cycle are looming. It’s go time. Whether you’re a parent or a student, these tips will help you navigate through this year’s chaos before your push send on those applications.

Get ahead of the 2021-2022 school year and apply for your Student Loan today.
Lenders like Sallie Mae can put a world of possibility within your reach. Get the financial aid you need to cover tuition and materials. Click on your state to find out how.
Get Started

SAT and ACT testing remains limited or unavailable in many states. SAT test centers across Washington state, for example, are closed for the Dec. 5 test. The ACT has already posted hundreds of cancellations by state for the Dec. 12 exam. Many students still worry about obtaining a score, but at this point some 60% of colleges, more than 1,665, have shifted to test-optional policies in recognition of the difficulty of testing during the pandemic. As of November, 67 colleges are test blind, meaning they won’t consider scores even if you submit them.

College officials assure families test optional really means test optional. “We have different amounts of information on every applicant anyway, so if testing isn’t a piece of it, that just heightens other parts of the application,” says Matt Malatesta, vice president for admissions, financial aid and enrollment at Union College in Schenectady, New York. Grades and rigor of high school coursework remain top considerations.

Are you worried about test scores for merit scholarships? You shouldn’t be. Many colleges have said that if they’re test optional for admissions, they’ll also be test optional in awarding their money for merit scholarships. You should double check with the colleges you’re applying to, of course. It’s worth asking if a test score would help you stand out – even if you take it after admission.

Some high school counselors do still recommend taking a test depending where you want to apply. Larson says Florida students need a score to be considered for the state’s Bright Futures scholarship, as well as the 12 universities in the state university system.

If a college or a private scholarship agency requires a score you don’t have, ask what alternatives you can provide. Private scholarship agencies in particular may be unaware of the hoops families have had to jump through to try to take the SAT or ACT this year. “Sometimes students feel like they don’t have power or agency in this process, but they do.” says Ken Anselment, vice president for enrollment and communication at Lawrence University in Wisconsin. That’s especially true in this year of uncertainties, so ask about substitutions or alternatives, such as a PSAT score or a test taken later in the year.

2. Spend extra time on your essay

Sports, clubs, and student jobs fell off a cliff this year, but college officials won’t ask why you didn’t participate in cross-country for a fourth year in a row. They know. Indeed, 300 colleges have signed a pledge not to penalize students for a lack of extracurriculars during the pandemic.

“I think many students have concerns that they have holes in their applications now and that they’re coming to us as diminished applicants. But far from it,” Anselment says. With applications less “performance-oriented,” he says, admissions officers are focusing more on who you are and the kind of person you might become.

That’s where your essay comes in. It plays a heightened role this year in lieu of extracurriculars. Use it to tell your story and highlight your individuality, says Geoff Heckman, school counselor at Platte County High School in Missouri. “What are the experiences that you alone have had, or what experiences showcase your ability to be a successful student?”

Here’s a small silver lining. The beefed-up virtual services make the college process fairer now that flusher families can’t take cross-country tours. Take advantage of that open access, experts say. That might include virtual campus tours, open houses, small information sessions, and one-on-one interviews. You should try different options, Malatesta says. Some students prefer a larger group, some prefer one-on-one. “The virtual interview is a great opportunity to have a conversation and ask questions,” he says,

Rather than worry about showing “demonstrated interest,” focus instead on getting the information you need. That’s what admissions offices are for. Schedule a call or video chat with admissions officers of colleges you’re most interested in, says Bryan Gross, vice president for enrollment management and marketing at Western New England University. “Don’t just read the website and take what is there as gospel, but ask for flexibility where needed,” he says. (Bonus tip: Send an email thank you afterwards, Larson suggests.)

Pennsylvania parent Debbie Kohl Schwartz says her son, who’s in the thick of writing admissions essays, spent more time reading admissions pages and major requirements than his two sisters did prior to the pandemic. He also tapped current students, recent alumni, and LinkedIn for graduates from his high school who had attended his colleges of interest.

“Ironically, not being able to do in-person visits forced him to do this type of research to get a feel for the social and academic life at the schools,” Schwartz says. “He compiled better information than if we had just visited.”

If you’re struggling to connect with individual students, follow a college’s social media accounts and read the student newspaper or magazine. “You can get a sense of what’s motivating students at that institution,” Anselment says.

4. Submit applications before the deadline

Don’t procrastinate until the night before. “Especially this year with the pandemic, we don’t know what’s going to happen next, so we’re encouraging students to get things done now,” Heckman says.

Plus, applying earlier may open doors to perks like an extra first-year scholarship or early housing choice. In fact, deadlines are a good reason to contact an admissions officer. “Ask, ‘are there scholarship deadlines I need to be aware of that aren’t listed on the website,’” Larson says. Some deadlines may be extended due to the pandemic.

Whatever you’re able to do early, don’t feel rushed into deciding on a college before May 1, the national decision deadline.

FAFSA completion is down 16% compared to this time last year, according to the National College Access Network. The national deadline isn’t until June 30, but states and colleges have earlier deadlines for state and institutional aid and scholarships. Despite colleges’ budget woes, Gross thinks colleges may be more generous with “tuition discounting” this year, though public universities may not be able to offer much.

If your financial situation has changed this year, that’s another reason to file the FAFSA as soon as you can. The FAFSA won’t capture it because you must report 2019 income on this year’s form, so you’ll have to submit additional paperwork and that takes time. After you submit the FAFSA, contact each college’s financial aid office to request a special review of your situation. An added benefit of a FAFSA on file: it expedites future reviews if your family hits a bump down the road like a job loss or divorce.

Need some financial aid to cover tuition? A Student Loan can help.
When you need a hand to cover the many costs that come with higher education, a Student Loan is a good option. Click below for more information.
Start Now

This is important for any year but especially so this year for families whose finances feeling more uncertain due to the pandemic. Factor in all costs, including room and board, to ensure you can afford it once colleges return to normal.

Schwartz, who is also the founder of Road2College, a resource that demystifies financial aid and the college search, says she’s noticed students are applying closer to home and creating larger lists because of uncertainties around cost.

The pandemic has shaken things up, but try to dial down the anxiety if you can. “If you’re looking for a year in college admission where there will be more empathy and understanding than this one, you’re going to be hard-pressed to find one,” Anselment says.

The Best Student Loan Refinance of 2020

The 10 Best Public Colleges in the U.S.