5 Work Conversations You Should Never Have Over Email 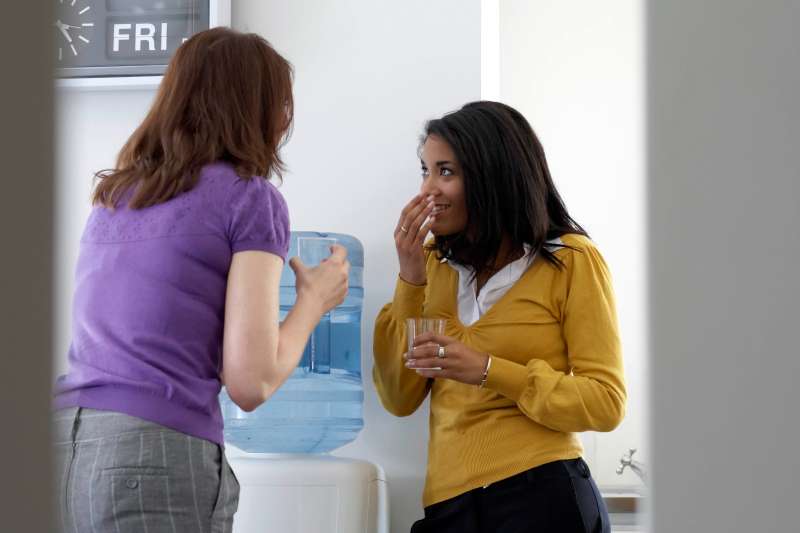 At the office, you probably know not to outwardly trash a coworker’s idea or talk smack about your boss when he’s in earshot. But email isn’t quite as intuitive.

It’s easier to have a message misconstrued when the person you’re chatting with can’t read your facial expressions, or hear your tone of voice. If you veer into a conversational gray area, like disapproval of a policy, or a joke at a coworker’s expense, things can get hairy fast.

“Your professional email, much like your desk and chair, belongs to the company you work for,” says Denise Dudley, career coach and author of Work it! Get in, Get Noticed, Get Promoted. “Emails live forever, and you don’t want to go on record saying something that could haunt you later.”

We asked Dudley and a handful of other career experts to name the work conversations that should never, under any circumstances, happen over email.

Here were there five big no-nos:

Even if the person you’re emailing about the sordid details of last night’s happy hour isn’t a blabbermouth, there’s no telling who’s looking over her shoulder. Or whether either of you have had enough coffee to prevent a forwarding mishap.

And believe us, mistakes happen.

“I actually had to deal with a personnel situation where someone wrote a ‘guess who’s pregnant’ email to several of her co-workers,” Dudley recalls. “The theoretically pregnant person — who was definitely not pregnant, but had gained a little weight — accidentally intercepted the email. Her relationship with the email author never fully recovered.”

Unless you’re drafting a performance report to HR, don’t talk about how people are doing their jobs — even if it’s complimentary.

Sarcasm doesn’t translate well through email, so when you lob a note to your boss that says “our new intern sure is punctual,” it’s hard to tell if you’re being earnest.

“Even positive comments can sometimes be misconstrued, and negative ones even more so,” says Kathleen Murphy, founder of the marketing consulting firm Market Me Too. “If you absolutely believe you need to put something in writing, provide a crystal clear example of their action, and why it merits a reaction from you.”

Instead of shooting off that nebulous email about your new hire’s schedule, try something along the lines of: “Have you noticed our intern is always the first in the door every morning? Let’s give her Friday off to thank her for her hard work.”

If you make a habit out of giving feedback nobody asked for — like responding to a colleague’s meeting request with a list of suggested slides, or public speaking advice — people will start to treat you like the office troll you are.

“Making unsolicited suggestions is not recommended, “Murphy says. “However, if you ask them in writing if they would like suggestions or feedback from you, then you’re in a safer place.”

“Email should never be used to offer personal attacks, impugn others, or take issue with the company,” says Tim Cole, CEO of The Compass Alliance. “Taking that route is akin to posting grievances on a bulletin board – your assumption should be at some point your comments become part of the public domain.”

If you’re going to reprimand someone, or air a grievance, “push for an in-person meeting,” says Chris Hallberg, author of The Business Sergeant’s Field Manual. “Even when you feel like you have ‘softened’ the feedback [on email], anything other than strong praise can easily come off much worse than you intended.”

Any conversation HR will want to regulate, including salary discussions, need to happen in person, or at least over a video call.

“While collaboration apps, chat and email may be fine for letting a colleague know you want to schedule a few minutes to talk about a sensitive topic, they’re not the appropriate medium for the conversation itself,” says Dennis Collins, senior director of marketing at West Corporation’s Unified Communication division. “It’s best to have more difficult conversations like performance reviews, asking for a raise, requesting a modified work schedule or talking out issues with a co-worker face-to-face.”