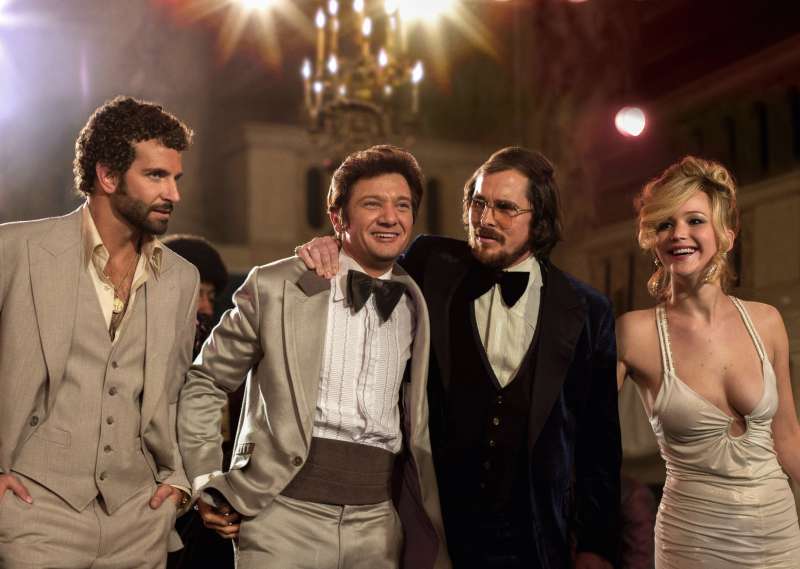 Jennifer Lawrence spoke out when she learned her male costars were being paid more than she was.
Columbia Pictures

Jennifer Lawrence’s consternation at earning a lower salary than her male co-stars has loads of people buzzing about a gender wage gap in Hollywood. But even if you’re not a movie star, you might someday stumble across the unpleasant fact that a colleague doing the same job as you, and no more effectively, is earning more money.

“This can be disconcerting at a minimum, and will certainly be upsetting,” says James Craft, a professor of business administration at the Katz Graduate School of Business at the University of Pittsburgh. Emotions and salary discussions are a volatile mix: Since your emotions might be running high, HR pros say your next steps must be well planned and executed. Here are strategies the career experts recommend—and some tactics to avoid.

Make sure your information is correct. People lie about their salaries, co-workers pass along unfounded gossip, and information gleaned through the grapevine can be distorted over time. So consider the source, says Christine DiDonato, founder of Career Revolution. “Unless you’ve seen the paycheck yourself, don’t always take things at face value,” she says. There’s often a great deal of secrecy around salaries, because even though it’s illegal, many companies discourage or outright ban workers from talking about wages. “If someone is voluntarily sharing this information, you may want to question their motives,” says DiDonato, pointing out that someone willing to flout the rules by providing unsolicited salary information might have an axe to grind or an ulterior agenda.

See if you’re missing anything. “There are always differences in how people, even ones doing the same job, perform,” says Michael B. Spring, an associate professor of information science and telecommunications at the University of Pittsburgh. “I would begin by asking, ‘What is it that employee X does that our boss might view as better than what I do?’” he says. Even if you have the same title, it’s possible a colleague might have a slightly different job description than you. For instance, he or she may be responsible for higher-maintenance clients. If the person has been at the company longer, it’s also possible that the higher pay might be due to seniority.

Look for benchmarks outside your workplace. “If you’re really angry about this, go out and do some job-searching,” says career coach Roy Cohen. The idea isn’t necessarily to find a new position, but to see what people earn doing your job for other employers. Sites like Payscale.com and Glassdoor.com can be useful resources for getting a broader snapshot of pay in your industry and your city.

Make it about you. If you want your employer to bridge the gap between your pay and that of a co-worker, career experts say, focus your argument on your own performance. “Managers will be more open to talking about your specific case than they will be to comparing one person’s case to another’s,” says Sherry Moss, a professor of organizational studies at Wake Forest University School of Business. “Whether you know your co-worker’s salary or not, you are better off demonstrating to your manager why you are worth more money than you are currently making.” Even if you’re lucky enough not to work for one of the companies that implicitly or explicitly discourages salary discussions, it’s not professional to bring up what someone else makes for comparison. Instead, remind your boss what you earn (they don’t necessarily know off the top of their head) and when you got your last raise. Then, treat the meeting like a performance review, Moss says, outlining your accomplishments and specific ways you’ve brought value to the company. “[If] you can’t point to special accomplishments or enhancements to your value… look at your colleague to see if she has indeed done so,” Moss says. If so, that could be why she’s making more.

Don’t immediately assume discrimination. That should be your last, not your first, conclusion, says Nancy Mellard, the national leader of consulting company CBIZ’s Women’s Advantage leadership program. “Avoid identifying as a victim,” she says. “Approach it as… an issue of pay inequality rather than a gender or discrimination issue.” It might not seem fair, but a company might be less willing to engage with you if they think you’re going to sue them. If your end game is a bigger paycheck rather than a potentially lengthy court battle, accusations of discrimination could hurt more than help.

Be willing to leave. Ultimately, if you’ve evaluated everything else and still believe you’re underpaid, start shopping around your resume, Cohen says. “Sometimes the only way to get what you believe you deserve is to get an offer that proves it.” And if you bring that offer to your manager as leverage, be prepared for the possibility that your boss can’t—or won’t—match it.

Read next: Women in These Jobs Are Closing the Gender Wage Gap