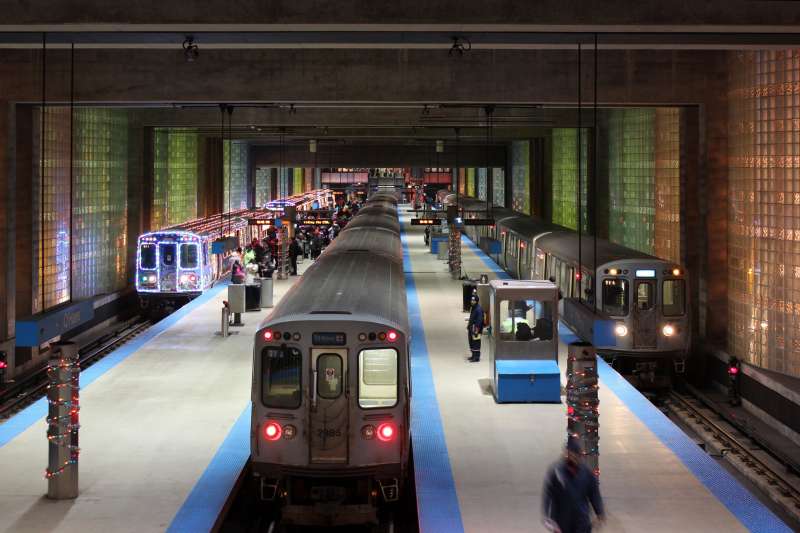 It goes without saying that roads are safer when drivers are awake and alert, and when people who shouldn’t be behind the wheel can find cheap and easy alternate ways home. That’s why these freebie programs available around the country are so brilliant.

Free Public Transportation
It’s become a tradition for cities such as Boston and Chicago to get potentially drunk drivers off the roads by providing free public transportation in their respective metropolitan areas on New Year’s Eve. The MBTA in Boston, for instance, won’t collect fares after 8 p.m. tonight, and will be running extra trains until roughly 2 a.m. Likewise, Chicago’s CTA has expanded service tonight, and thanks to a partnership with MillerCoors is offering free rides on all trains and buses from 10 p.m. to 4 a.m. The company’s Miller Lite brand is also the official sponsor of a program providing free bus rides tonight in cities in Minnesota and Wisconsin, including Minneapolis-St. Paul, Duluth, Milwaukee, and Madison.

Free Rides & Car Tows
In the Washington, D.C, area, a local program known as SoberRide has been giving free taxi rides (up to $30 fare) from 10 p.m. to 6 a.m. daily during the holidays, and the offer extends into New Year’s Day. AAA’s Holiday Safe Ride Program, meanwhile, helps keep those under the influence off the roads via auto clubs around the country that provide free rides—and often tows for vehicles as well—on major party holidays, including New Year’s Eve and Super Bowl Sunday. As you might expect, these free ride services are in high demand, and the wait for a pickup could take hours. To get home quicker while still being safe, consider using one of these apps for hailing rides from Uber or Lyft, or for getting a taxi at a flat $10 fare on the West Coast cities of Sacramento, San Diego, San Francisco, and Seattle.

Free Coffee
To keep drivers who are on the roads tonight awake behind the wheel, rest stops on major highways such as the New York Thruway, the Ohio Turnpike, and several arteries in Illinois and Massachusetts are giving away free coffee starting late tonight and stretching into early Friday morning. The Cumberland Farms convenience store chain is also handing out free coffee (iced or hot), hot chocolate, tea, and cappuccino from 5 p.m. on New Year’s Eve through 5 a.m. on New Year’s Day.

Be safe and have a happy new year!