Why Gift Cards Are the Only Present That Makes Sense 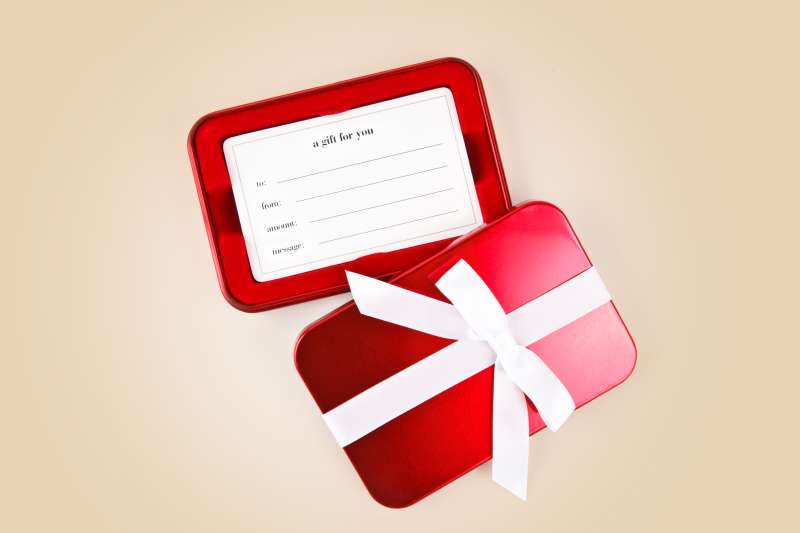 Let’s just say it: Gift cards are the best present for almost everyone on your list.

“Gift cards?!” you yell, monocle falling into your tea. “Who, other than your distant relations, would be so tacky? So gauche?”

The answer? Most people. According to BankRate, 84% of Americans have received a gift card and 72% have given one. By the end of 2014, $124 billion dollars will have been loaded onto gift cards, and sales have been growing for years.

The case against gift cards is weak. (Though my colleague, Kara Brandeisky, begs to differ.) A recent Wall Street Journal article revealed that “only” 37% of consumers want a gift card this season, yet spun this news as a negative: “The novelty of gift cards has worn off,” Alison Paul, Deloitte’s vice chairman and retail sector leader, told the paper.

Really? Does more than a third of America wanting your product mean the “novelty has worn off?” If only we could all be that unsuccessful.

And the truth is, most of us will be unsuccessful when we shop for gifts this year. A 2014 survey from online retailer Rakuten showed almost three out of four Americans won’t like the gifts they receive this season. Let’s do some quick Moneyball here: Based on these two studies, most gifts have a 25% approval rating, while gift cards have a 37% approval rating. Gee, I wonder which one I should pick…

Faced with those statistics, the case against gift cards boils down to human insecurity. How will your friends know you really care about them if you don’t give them something special? It’s this fear that drives people to spend an average of 14 hours shopping for gifts. That’s more than half a day of your life spent stressing out, and for what?

“I got you a Star Wars ice cube tray because I know you like Star Wars (just like everyone else on the planet). I’m a real friend.”

Please. Does this type of vague, commercial knowledge of the people close to you—the type of knowledge that leads to thousands of tacky Han-Solo-in-Carbonite iPhone cases being given every year—actually demonstrate anything other than the commodification of companionship?

Gift cards, therefore, aren’t just the right gift for your friends, they’re the right gift for society. They cast aside our anxieties and pretensions to declare, “I’m so confident in our relationship that I have nothing to prove.” That’s therapeutic for everyone. In contrast, the stress of trying to accurately translate our feelings into an object—something that’s neither possible nor desirable—can actually be dangerous.

For proof, look no further than The Gift of the Maji, a classic O. Henry story in which two lovers set out to buy each other gifts. Despite their poverty, the wife scrapes together $20 to buy her husband a chain for his only possession: an old pocket watch. In order to pay for it, she sells her beautiful long hair. But the husband trades his watch to buy his wife ornamental hair combs, leaving them both with nothing of value.

There are a lot of lessons here, like don’t ever buy someone a hair comb, but let me get to the most important one: Wouldn’t they both have been happier with BestBuy gift cards?

Instead of getting caught up the need to be thoughtful, to the point where both parties sold their most treasured possessions for pretty mediocre presents, they could have spent their gift cards together and gotten a sweet flat screen. Maybe pop in Love Actually and talk about how their relationship is even more enduring than Hugh Grant’s aw-shucks routine. Now that’s what I call a Christmas.

What were we talking about? Oh right, gift cards. The point is that you’re statistically likely to buy an unwanted, meaningless present, so don’t get gray hairs over choosing the right one. Instead of stressing out, just put 25 bucks onto a piece of plastic and spend another 10 minutes writing a nice card. That’s almost guaranteed to go over better than anything else you could give.

Why not just give everyone cash, you may ask? Dude, that’s so tacky!

COUNTERPOINT: Why Gift Cards Are a Crime Against Christmas