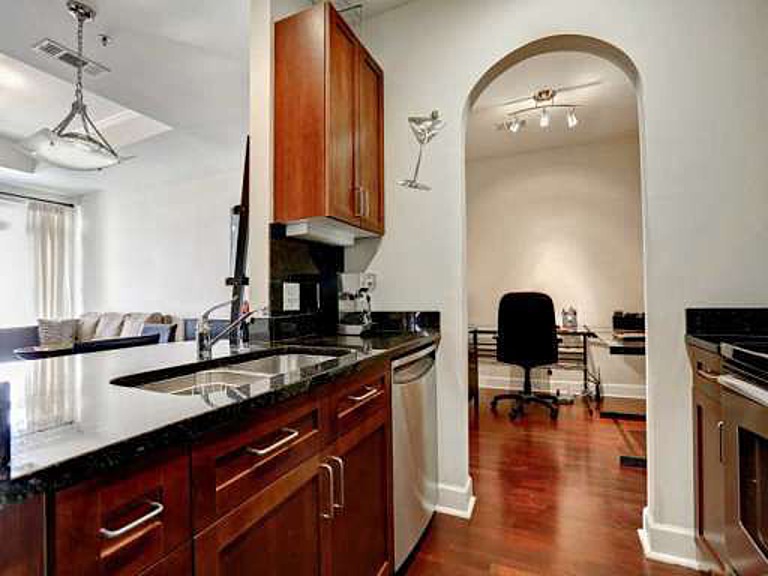 Nathan Davenport's condo in the Buckhead neighborhood of Atlanta.
Courtesy of Zillow

When Nathan Davenport moved from Birmingham to Atlanta three years ago, he was fairly certain he wanted to make Atlanta his home for at least a while. So the sales associate with AT&T recently closed on a condo in the Buckhead neighborhood of Atlanta, two blocks from a new mega-development bringing 80 high-end retailers to the area by the end of the year. Just shy of 27 and single, Davenport is the first among his friends to own a home. This is the story of his House Hunt.

He knew exactly what he wanted.

I knew that I am not going to change my job anytime soon. I knew that I wanted to be around people and have stuff to do. Buckhead seemed really attractive with all the stores coming for the first time. I wanted grocery stores and restaurants within walking distance, like in New York. And, I knew that I did not need a lot of space.

I figured property rates will go up, which also motivated me to buy a condo in the neighborhood. And the commute to work is an ideal 15 minutes.

Although he was looking at condos, he did not want to compromise on amenities.

I wanted hardwood floors and granite kitchen tops. And, this might sound weird coming from a guy — but a walk-in closet. I definitely wanted one. I did not like the modern open bedroom, loft-like apartments that I saw.

Once he found his ideal condo, he waited five months for the exact unit to become available.

I started looking at places in August last year and purchased the place in April this year. The unit with the floor plan I wanted had just sold out, and it took five months for another one to get on the market. As soon as it did, I put in my bid, even without actually looking at the unit.

I wouldn’t say I want to live here long-term. When I get married, I might want to move out. I will rent out this place then. I might think of buying my next house in five to eight years. But I definitely want to stay in Atlanta, preferably in this neighborhood.