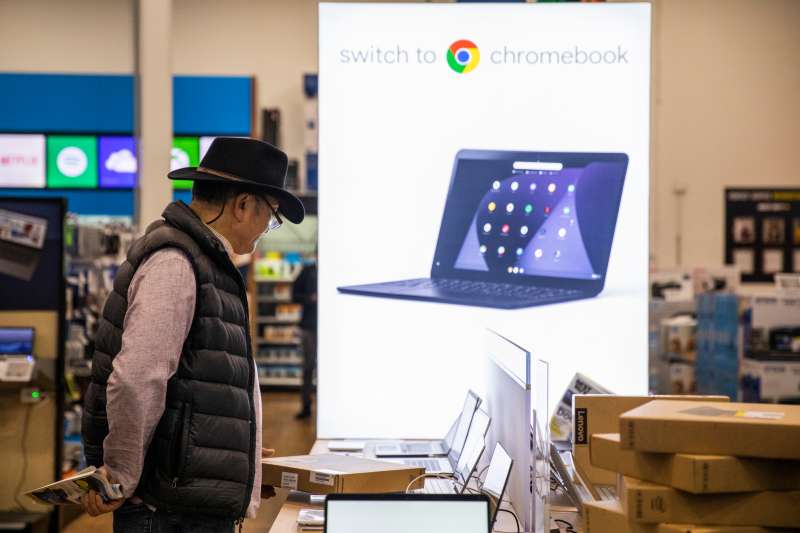 This week is shaping up as a sweet time to shop for laptop deals. On Tuesday, Amazon launched one-day deals on select Samsung laptops, Chromebooks, tablets, and computer screens. Other major retailers, including Walmart and Best Buy, have some pretty great discounts on laptops and Chromebooks this week too.

Amazon’s sale is offering discounts of at least 20% off on several Samsung laptops and two-in-one tablets. The Samsung Chromebook 4 + Chrome OS 15.6″ model, which normally has a list price of $299.99, is on sale for $239.99 right now. Around Black Friday and early December 2019, we saw this same Samsung Chromebook marked down to $250 or $260, and the current deal is the lowest price we’ve seen.

(What’s the difference between a traditional laptop vs. a Chromebook? A Chromebook is a laptop that uses Google’s Chrome OS operating system. They’re generally lighter and cheaper than standard laptops because they have minimal storage and are best for people who are comfortable with web-based apps like Google Docs. However, if you need to use downloadable non-Chrome apps, and if you don’t like the idea of storing your photos and files in the cloud, a traditional laptop is better for you.)

If you’re more in the market for a tablet that can double as a laptop, check out the Samsung Galaxy Tab S6 10.5″ 256GB Wi-Fi Tablet, which comes with an S Pen for easy and precise touchscreen control and can be connected quickly to a compatible keyboard (sold separately). The normal list price is $729.99, and with today’s Samsung Galaxy Tab deal it’s marked down to $583.99. This is also cheaper than the deals we saw for this model around Black Friday and the holiday period.

Amazon is promoting each of these Samsung offers as a “Deal of the Day,” and we anticipate that the sale prices will disappear by the end of Tuesday, assuming they don’t sell out sooner.

However, other retailers, including Best Buy, Walmart, and Target, are offering laptop deals with prices that don’t necessarily expire today. In most cases, these laptop deals have no set expiration date, and we expect them to be available for purchase through the end of the week.